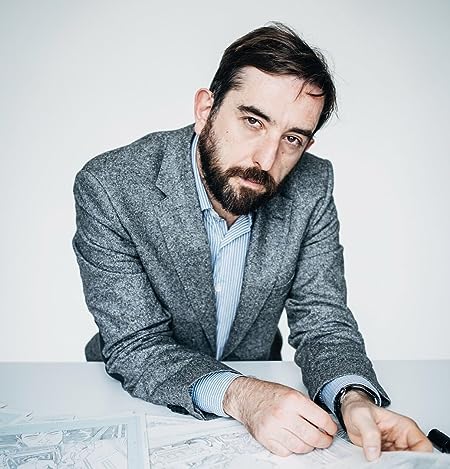 Álvaro Martínez Bueno is a Spanish comic artist, working exclusively with DC Comics. He is the co-creator and artist on the best selling series by DC Black Label The nice House on the lake, written by Jame Tynion IV.

In his long career as a cartoonist for the American comic market, he has also worked on other DC series such as the mythical Detective Comics, Justice League Dark, Batman & Robin Eternal, Aquaman, Grayson or X-Men, among others, for the publishers Marvel Comic and Valiant Entertainment.

Throughout his career, Martínez Bueno has illustrated scripts by James Tynion IV, Scott Snyder, Ram V, Tom King or Tim Seeley and has collaborated with artists such as the inkers Stefano Gaudiano and Raül Fernández, or the colorists Brad Anderson and Jordie Bellaire, among others. 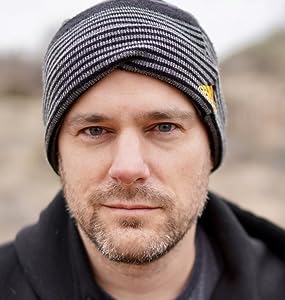 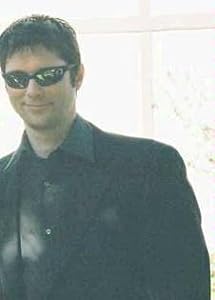 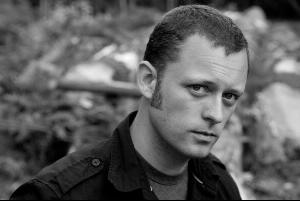 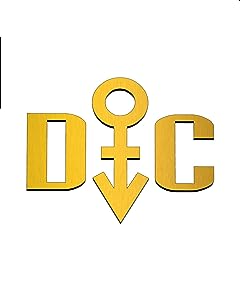 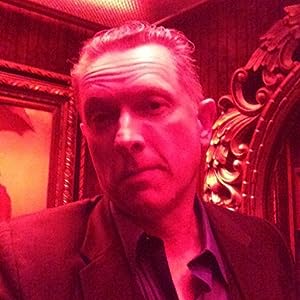 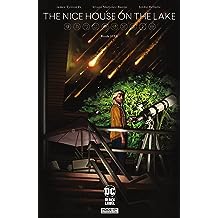 The Nice House on the Lake (2021-) #5 Oct 5, 2021
by James Tynion, Alvaro Martinez, Jordie Bellaire
( 5 )
$3.99
Veronica, the Scientist, has one of the longest-standing connections to Walter among anyone in the House…and through her work with NASA, she may have insight into who he really is. But what she sees in the stars above the House may upend everything she thought she knew!
Read more 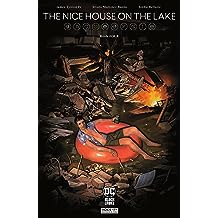 The Nice House on the Lake (2021-) #4 Sep 7, 2021
by James Tynion, Alvaro Martinez, Jordie Bellaire
( 13 )
$3.99
A terrifying truth about the house is revealed! David wants nothing more than to make his fellow residents of the House laugh. He’s the Comedian, right? That’s what he does. But if no one’s in the mood to laugh, then perhaps it’s time for him to perform the other function of comedy: to tell his audience an unbelievable truth…
Read more 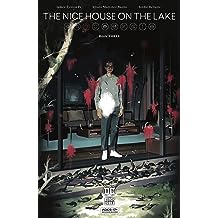 The Nice House on the Lake (2021-) #3 Aug 3, 2021
by James Tynion, Alvaro Martinez, Jordie Bellaire
( 12 )
$3.99
Walter’s “rules” for their getaway strongly suggested the residents not leave the property lines of the House…but how far do they go? It’s not like Sam, the Reporter, to leave a question like that unanswered…but what he finds when he walks the perimeter of the lake might turn out to be the story of his lifetime-however much longer it lasts!
Read more 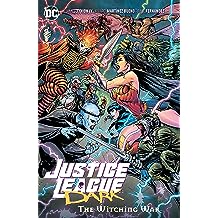 Justice League Dark (2018-) Vol. 3: The Witching War May 12, 2020
by James Tynion, Alvaro Martinez Bueno, Alvaro Martinez, Fernando Blanco, Javi Fernandez
( 214 )
$12.99
The rules of magic have changed, and the Justice League Dark is ready to keep the peace in the magical world! But that peace will be shattered as Circe enters the scene. Circe has assembled the Floronic Man, Papa Midnite, Klarion the Witch Boy, and Solomon Grundy to tear the world of magic apart! Can Wonder Woman and her team find out what Circe is after, and stop her before it's too late? Collects Justice League Dark #14-19.
Read more
Other Formats: Paperback 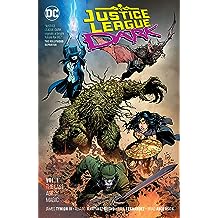 Justice League Dark (2018-) Vol. 1: The Last Age of Magic Mar 12, 2019
by James Tynion, Alvaro Martinez
( 301 )
$9.99
After the events of NO JUSTICE, Wonder Woman guides the misfit team of Justice League Dark against enemies too fantastic for even the Justice League. Plus, what awful things are coming through the Tree of Wonder? Dark days lie ahead in these stories from JUSTICE LEAGUE DARK #1-3 and 5-6.
Read more
Other Formats: Paperback 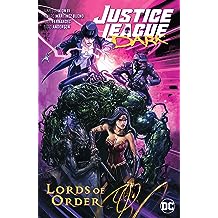 Justice League Dark (2018-) Vol. 2: Lords of Order Oct 22, 2019
by James Tynion, Ram V, Daniel Sampere, Juan Albarran, Alvaro Martinez, Miguel Mendonca, Mark Buckingham, Guillem March
( 231 )
$9.99
The world’s magic is fading, and new enemies have appeared to take advantage of Earth’s weakness. Doctor Fate has assembled the Lords of Order, trapping the magical community on Earth. To save magic, the Justice League Dark must escape Doctor Fate’s snares and fight the Otherkind. But can they do all of that without calling on even more dangerous powers for assistance? Collects issues #8-12 and ANNUAL #1.
Read more
Other Formats: Paperback 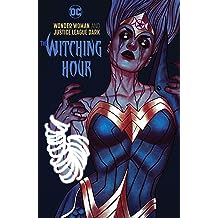 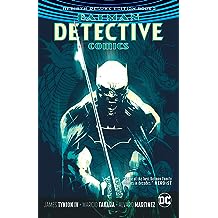 Batman’s newest allies both have histories they’d rather forget, but when figures from their respective secret origins appear in Gotham, will Cassandra Cain and Azrael be able to keep their pasts from destroying their present lives?

When the League of Shadows—led by Cassandra’s mother, the deadly Lady Shiva—comes to take down the team and bring Cassandra home, Orphan must weigh the life that was planned for her against the new path she’s forging for herself. But what place can society ever have for someone with her violent pedigree?

Then, Azrael’s former masters, the Order of St. Dumas, send the perfect assassin—an artificial intelligence named Ascalon—to hunt their ex-disciple and all who stand with him. Batman and Zatanna need the power of a mystical artifact called the God Machine to turn the tide, but will the Machine’s promise of absolute power corrupt even the World’s Greatest Detective? 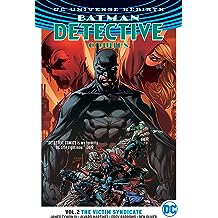 Innocent victims maimed or broken by Batman's greatest enemies band together, and they blame Batman and his fellow vigilantes for what happened to them just as much as they blame the psychopaths who hurt them. Batman and his newly trained team of allies must take on these troubled souls, but one of Batman's teammates can't help but think they might have a point...

Honoring the past, protecting our present and looking towards the future. This is the next chapter in the ongoing saga of the DC Universe. The legacy continues.
Read more
Other Formats: Paperback 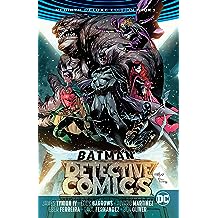 Batman - Detective Comics: The Rebirth Deluxe Edition - Book 1 (Detective Comics (2016-)) Nov 7, 2017
by James Tynion, Steve Orlando, Marguerite Bennett, Eddy Barrows, Alvaro Martinez, Eber Ferreira, Raul Fernandez, Ben Oliver
( 115 )
$19.24
Someone is targeting Batman’s allies in Gotham—young and untested heroes who model themselves after the Dark Knight but don’t yet have his training or resources. With the help of Batwoman, the Caped Crusader recruits these young vigilantes, training them to be a team worthy of Gotham’s biggest threats.

Red Robin, Spoiler, Orphan and Clayface are the first heroes to get recruited. But can a team inspired by Batman and trained by Batwoman take on an entire anti-vigilante army? Or will Batman’s vision of a team of Bat-Heroes go down in flames? 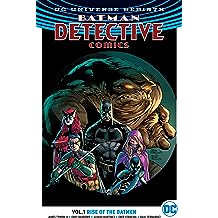 Batman - Detective Comics (2016-) Vol. 1: Rise of the Batmen Feb 7, 2017
by James Tynion, Eddy Barrows, Alvaro Martinez, Eber Ferreira
( 286 )
$9.99
An elite fighting force modeled after the Dark Knight has invaded the streets of Gotham. Their armor, weaponry and surveillance equipment are based on Batman’s tech and tactics, but they’re far beyond anything he’s ever seen. And while these Batmen’s motives remain a mystery, their targets are all too clear…

Batman knows he can’t face this foe alone, and neither can the crime-fighters caught in the crossfire. So with Batwoman-secretly Bruce Wayne’s cousin, Kate Kane-as his general, he’s organizing the next generation of Gotham heroes into an army.

Tim Drake, a.k.a. Red Robin. Stephanie Brown, a.k.a. Spoiler. Cassandra Cain, a.k.a. the Orphan. And reformed criminal Basil Karlo, a.k.a. Clayface. These are the shock troops in Batman and Batwoman’s war. When they finally see the face of their true enemy, will they stand together…or fall apart? 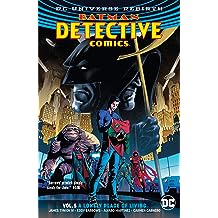 Batman - Detective Comics (2016-) Vol. 5: A Lonely Place of Living  Apr 10, 2018
by James Tynion, Eddy Barrows, Alvaro Martinez
( 136 )
$9.99
For months, Batman has been haunted by the death of Tim Drake, the young hero who fought beside him as Red Robin. Tim helped Batman assemble a team of heroes and misfits to help him keep Gotham safe, then fell in battle defending the city. Or so it seemed.

In reality, Tim has been held captive, snatched from the moment of death by the mysterious Mr. Oz. Now he must escape this prison that exists outside of time, but he isn’t coming back alone. Tim has every reason to trust his fellow prisoner, but when his new ally proves he’s not afraid to kill, Tim begins to doubt everything he thought he knew!

When the duo make their way back to Gotham City, Tim’s escape partner sets a plan in motion to murder one of Batman’s allies. Even reunited with Red Robin, can Batman and his team of heroes protect one of their own from a killer who knows them better than they know themselves?