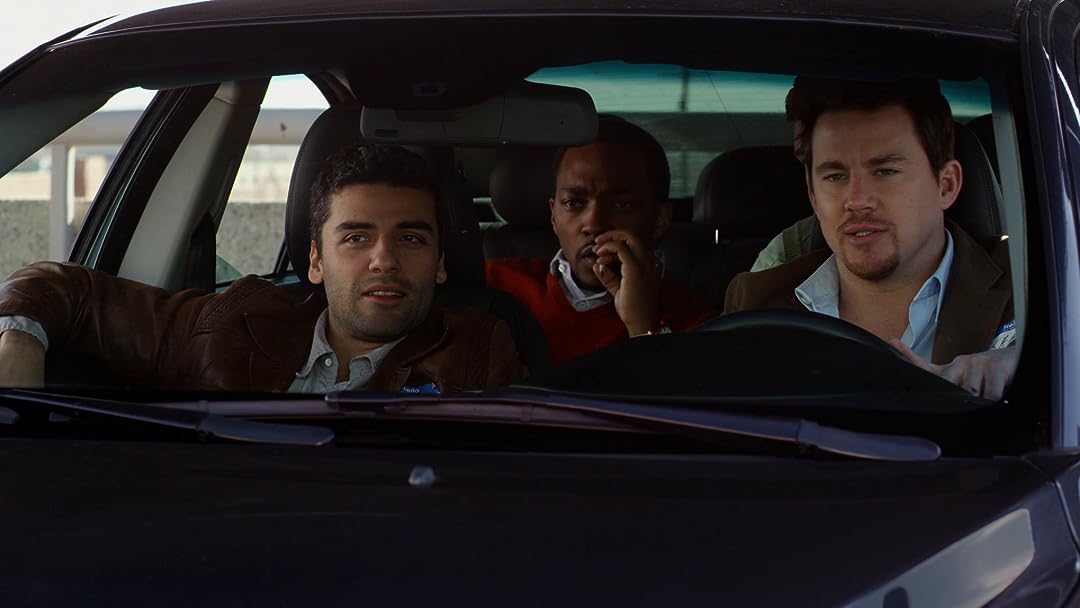 errin spellingReviewed in the United States on September 7, 2019
4.0 out of 5 stars
Nothing happens, but you can't stop watching
Verified purchase
You have a group of friends,who simply talk during the entire movie, at their 10th high school reunion. Your own reunion is probably more interesting.But, I think they show you what people talk about, if they have never been to one. This will stop you from going to your own reunion.
7 people found this helpful

Trevor HendersonReviewed in the United States on September 3, 2017
4.0 out of 5 stars
Romantic comedy high school reunion
Verified purchase
Captures the fears, anxieties, hopes, and dreams of a 10 years high school reunion. Some people change & some don't. Some hide their past selves from their current spouses

Did Channing Tatum's character hold onto the engagement ring he intends to give his current girlfriend until he knows for sure where things stand between him and his long term high school girlfriend?

Kate Mara is the loner most people didn't notice in high school, but who inspired the rock star played by Oscar Isaac

Edward M. SousaReviewed in the United States on April 19, 2019
5.0 out of 5 stars
Excellent cast and good script.
Verified purchase
I really enjoyed this movie. The excellent cast featured many name actors,with some being early in their career and before stardom and acclaim. I enjoyed the various story lines and the way they intersected. Also,there was some funny situations and incidents that brought levity to the movie. Recommended,if you enjoy well written dialog,good acting and emotional content.
3 people found this helpful

ReeReviewed in the United States on September 7, 2019
3.0 out of 5 stars
I thought it would never end
Verified purchase
It's a slow movie, but after grinding on for what seems like an entire day, it manages to put a point across. We're all nerds in high school, no matter how cool we think we are and life doesn't always go the way you planned.
2 people found this helpful

Peggy GubbinsReviewed in the United States on December 16, 2016
5.0 out of 5 stars
Loved it! Star studded cast!
Verified purchase
Still cannot believe how many of my friends have not seen or heard of this movie! I try to get people to watch it any chance I can. Great performances all around. Hit the buy it button; you won't regret it.

Jamie Linden, you should be extremely proud of this movie. Well done, my man. ...& Despite the lack of box office success, I truly hope you are working on the script for '20 Years' (if not, can I give it a go? on spec??).
6 people found this helpful

KateLoveReviewed in the United States on March 26, 2020
3.0 out of 5 stars
Excellent Cast .. but Meh.
Verified purchase
Somehow the pacing and camera work... just seemed a little off. I love the cast - but the jokes seemed to fall flat, and I'm pretty sure the script was exactly Blake Snyder recipe... Opening / Closing shots are the same.. etc. Strange watching Channing Tatum and Jenna Dewan together now that they're no longer married.

dddvisionReviewed in the United States on January 30, 2013
5.0 out of 5 stars
As real as fiction gets.
Verified purchase
I'm probably biased because I went to the high school portrayed in the film. However, that's why I can say with confidence that this movie feels as real as a fiction gets. The personalities and attitudes in this character-based comedy are highly believable. The director lets his star actors improvise enough to see their personal styles shining through while they keep the storyline going. There are no special effects anywhere in this film, just a fun evening with some interesting people.
See all reviews
Back to top
Get to Know Us
Make Money with Us
Amazon Payment Products
Let Us Help You
EnglishChoose a language for shopping. United StatesChoose a country/region for shopping.
© 1996-2022, Amazon.com, Inc. or its affiliates