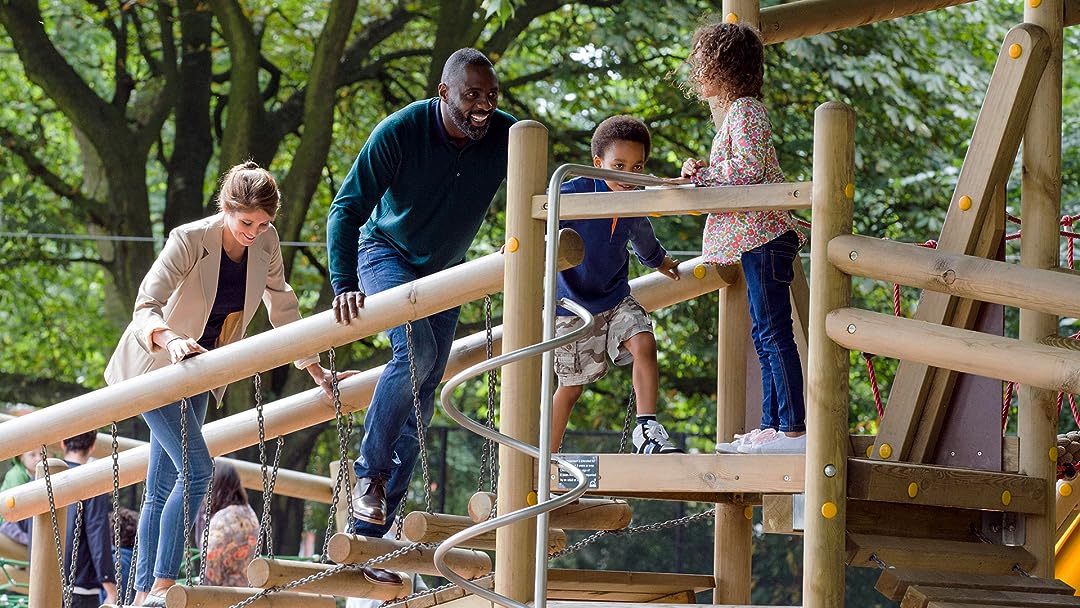 (170)
5.81 h 33 min201718+
100 Streets is a powerful ensemble drama, follows three contrasting and interwoven stories as they play out in one square mile of modern day London starring Idris Elba and Gemma Arteton. Anybody can make a wrong turn, but it's the journey that allows us to find the right path.

MLYReviewed in the United States on August 12, 2020
4.0 out of 5 stars
Idris Elba Delivers!
Verified purchase
Idris Elba Delivers! This movie is definitely powerful and intense. The entire cast is excellent! People are hitting rock bottom throughout this film. However, there is some redemption to be had in each of their worlds. I'm here, like many others, for Idris Elba. He gives a frighteningly emotional performance as a superstar athlete without his daily ego boost on the field. His character hasn't figured out how to transition into caring about himself and others on a human level. Although, he has met his match with his estranged wife because they both want to have their cake and eat it, too. I recommend this movie.
4 people found this helpful

ArdisReviewed in the United States on January 15, 2017
4.0 out of 5 stars
2 Struggling Couples and 1 Unlikely Friendship in 100 Streets
Verified purchase
Thoughtful, at times, intense film that intertwines the lives of different people in London. Idris Elba and Gemma Arterton give stand-out performances (as always) and have great chemistry as a couple dealing with infidelity, Charlie Creed-Miles and Kierston Wareing are wonderful as a couple who are dealing with an adoption attempt as well as a shocking out-of-the-blue turn of events — and Ken Stott and Franz Drameh are meant to play the odd old man and hoodlum who connect over community service at a cemetery. The stories are all interesting and it's great to see how they all come together throughout the film. I would have equally enjoyed each story if they were expanded into a film of their own — but the slice of life of each story is satisfying at the same time.
7 people found this helpful

J. D. BlancoReviewed in the United States on July 29, 2021
5.0 out of 5 stars
Beautiful!
Verified purchase
Loved the film! It was heartwarming and introspective. I love movies that do 3/multiple part stories, and this one did it flawlessly in my opinion. That soundtrack was GREAT, and the acting was SUPERB! Definitely recommend it. If you're looking for a good drama that may (or may not if you don't let it) hit you in the feels, I recommend this film.

RLJ1020Reviewed in the United States on May 8, 2021
1.0 out of 5 stars
Boring Movie
Verified purchase
I should have known better not to watch this movie by just reading the description. I only gave the movie a chance because of Iris but this was pointless and boring and no clear understanding of what the movie was about.

jolkayReviewed in the United States on March 9, 2017
4.0 out of 5 stars
Okay but not a great as it could have been1
Verified purchase
I liked the movie but it was a struggle to stay until the end. I have been waiting for something good with Idris in it but this wasn't quite it, but as least it did end in a positive way -- sort of. I hope that we will see something better with a more positive message. Movies can be reasonably happy -- they have to be doom and gloom until the end.

YvonneReviewed in the United States on June 22, 2017
5.0 out of 5 stars
For the Idris Elba fans, A Must See
Verified purchase
Idris Elba is an amazingly talented actor who shows his versatility in many roles. I always look for movies or shows that he is in because I am a smitten fan. 100 Streets is a great story of how people can change their lives by making careful choices. It is an emotional view into the lives of the various characters who live in a London neighborhood.
6 people found this helpful

prisrobReviewed in the United States on January 20, 2017
4.0 out of 5 stars
A Brush Of Self
Verified purchase
This is a film of three film, and the people in their lives. Idris Alba plays a retired soccer player, married with two children, but caught up in the vices of drugs, alcohol, and women. A cabbie, played by Charlie Creed-Miles, who seems to be a loser in life for everything maybe even his wife. And, then a young man from the projects dealing in drugs, played by Frank Drameh as Kingsley. This film follows them through their lives at a certain point where we understand this will make or break them.

This film was a disappointment in several aspects. The storylines for all three seemed to defy the odds and went to sensationalism at times. The acting was superb, but the film was unable to hold up whatever values they had. Idris Alba seems to be having difficulty finding films that are worthy of him. This one could have, but it was too cliche, seen it, done it before.

hkReviewed in the United States on August 25, 2019
3.0 out of 5 stars
Good flick...captions are way behind the actual dialogue
Verified purchase
Heavy accents, captions are way behind the actual dialogue. Doesn't Amazon have a way to report this when it happens?
See all reviews
Back to top
Get to Know Us
Make Money with Us
Amazon Payment Products
Let Us Help You
EnglishChoose a language for shopping. United StatesChoose a country/region for shopping.
© 1996-2022, Amazon.com, Inc. or its affiliates