You've subscribed to A Body Movers Novel! We will preorder your items within 24 hours of when they become available. When new books are released, we'll charge your default payment method for the lowest price available during the pre-order period.
Update your device or payment method, cancel individual pre-orders or your subscription at
Your Memberships & Subscriptions
There was an error. We were unable to process your subscription due to an error. Please refresh and try again. 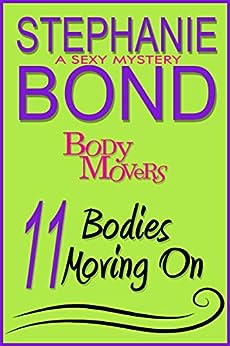 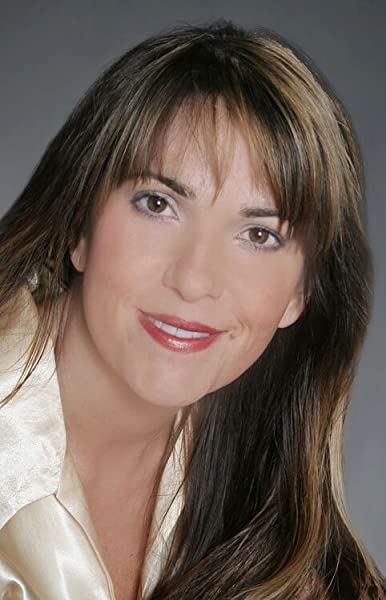 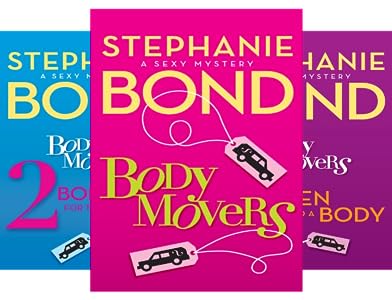 4.7 out of 5 stars
4.7 out of 5
673 global ratings
How are ratings calculated?
To calculate the overall star rating and percentage breakdown by star, we don’t use a simple average. Instead, our system considers things like how recent a review is and if the reviewer bought the item on Amazon. It also analyzes reviews to verify trustworthiness.
Top reviews

Mallory Garrett
3.0 out of 5 stars Ugh
Reviewed in the United States on April 21, 2020
Like the last several books this one is much shorter than the the first 7 and there’s not much of a mystery... just ongoing stuff from previous books. It’s largely Carlotta figuring out her next career moves and trying to decide how she’s feels about her family and love interests. Overall it was fine but I miss the mysteries of the older books. Book two will forever be my favorite. Plus...

As far as the love interest storyline all I can say is ugh. As a solid member of team Jack, I am probably biased but still. Jack really isn’t going to tell her where he lives when she’s right there? I just knew she’d come upon his house but no. I thought she was supposed to find out stuff about people she was trying not to love (based on the book description) but apparently not and not ever... did I mention ugh?

And once again Jack doesn’t say he loves her though (thanks to Coma Girl) we know he does? It’s so frustrating! And then after she spends the entire book not even sure she loves Coop she agrees to marry him? This entire book gives you the impression she’s settling bc she thinks Jack doesn’t want her and then we’re supposed to believe she’s so in love with Coop bc he’s dependable? Yeah no.

Sadly this will probably be the last Body Movers book I read bc this is total crap and I feel personally violated by Regina George... I mean Stephanie Bond and have no interest in Carlotta and Coop and their boring and unsatisfying relationship. Jack is really the character that keeps me coming back bc I love when characters grow and change but it seems that isn’t going to happen so why torture myself?

I’m starting a support group for other team Jack people out there if anyone’s with me.
Read more
46 people found this helpful
Helpful
Report abuse

June's Bad Apple
3.0 out of 5 stars This pains me, but . . . Nope.
Reviewed in the United States on May 16, 2020
Verified Purchase
First, let me say that I love all the Stephanie Bond books. And then, let me also say that I’ve just read the first two books in a new Gina Lamanna series (Kate Rosetti), where - to be fair to THIS book - I was feeling REALLLLLY sexually frustrated that someone wasn’t pushing someone else up against a wall and getting. it. on!

I love this series! But honestly, 10 & 11 could have really been one solid story. In 10, I felt like we were just truly getting somewhere and BAM! Over. I was totally caught off guard and dismayed at the abrupt ending.

And SPOILER ALERT . . . Stephanie Bond writes GREAT sex scenes. But I skipped right past Carlotta’s & Coop’s, as my mind likened the whole thing to a brother and sister in bed together - gag reflex and all.

Carlotta’s whole internal monologue throughout the book, just smacks of “settling” and convincing herself that Coop’s the guy for her. There was no excitement building up to time spent with Coop. Nothing that made me WANT it for her.

And, as another reviewer referenced, we know from Coma Girl, how Jack feels. So, this felt disappointing.

If 12 truly is the last, I hope it isn’t rushed. And I hope there is significant closure for all the characters we’ve grown to known and love. Poor Wes. The kid deserves some happiness - something that inspires him to become a better man.

Jack needs to take the bull by the horns - dang it!

Carlotta needs to tell the newest “little sister” where to shove it.

Perhaps Randall could use another punch or two to the face - because THAT felt GOOOOOOD!

Coop needs to find someone . . . Different. But amazing. Like a Wiccan Professional Animal Rescuer.

GameGal
5.0 out of 5 stars Body Movers #11- Moving On
Reviewed in the United States on April 21, 2020
Verified Purchase
Body Movers #11- Moving On is the latest in the popular Body Movers series by Stephanie Bond. Most of the premise of this series is Carlotta's attraction to 3 men-Jack, Coop, and Peter but in the last couple of books it is between Team Jack and Team Coop and it is quite a topic of discussion!! I figured it would be narrowed down in this book, which appears to have happened. It isn't what I was hoping for but I'm not surprised. As usual there is quite a bit happening in this book. Carlotta is dealing with family secrets that were revealed in the last book. She leaves Neiman Marcus where she has worked for 10 years when the Bridal Boutique she was managing is canceled. She is trying to figure out what is next and with Jack's suggestion she is headed in a new direction. Wes's girlfriend, Meg, is travelling in Ireland and turns up missing. The usual cast of characters are all part of it and Stephanie reminisces about some past characters. That part was fun as this series has been around for quite a few years! I enjoyed it but some of the earlier books were more intriguing and memorable.
Read more
3 people found this helpful
Helpful
Report abuse

Too many books, not enough time
3.0 out of 5 stars Ready to Move On
Reviewed in the United States on April 21, 2020
Verified Purchase
I have enjoyed the journey, but I want to get to the final destination. I hope the 12th book is the last and Carlotta finds happiness and fulfillment.
Read more
9 people found this helpful
Helpful
Report abuse

Ana W.
3.0 out of 5 stars Frustrating
Reviewed in the United States on April 21, 2020
Verified Purchase
I'm not sure how I feel about this book. Carlotta is doing some soul searching. Change is always good, although the plot seemed rather tame compared to the books prior to book 10. As for Jack, I have and will continue to root for him. Cooper is a nice guy no doubt, but it seems as if Carlotta is playing it safe. There are a few loose ends to tie up.
I'm curious to see what questions the next book will answer.
Read more
3 people found this helpful
Helpful
Report abuse

Patty Wilderman
5.0 out of 5 stars Team Coop!!!
Reviewed in the United States on April 23, 2020
Verified Purchase
I am so in love with this series. I don’t think I can get enough of reading about Carolette and her troubles. As always heard love triangle has been very intricately woven. But things take a serious turn in this book and will surprise you. You’re definitely shed a tear or two for sure. Although this book doesn’t have the danger level most of her books do it still has the unsolved crimes and strange occurrences.This book may not have the excitement levels the others have, but it definitely has grit. I really hope that this is not the end!
Read more
2 people found this helpful
Helpful
Report abuse
See all reviews

Banjo
5.0 out of 5 stars A winner for the fans who have waited
Reviewed in Australia on September 16, 2020
Verified Purchase
This is the old Stephanie back writing at her best! Hurray!! I have been critical of her lately but this deserves praise. The story engages & I hope the loose ends are close to being explained. If the next book can bring everything to a worthy conclusion I’ll forgive Stephanie all the time it’s taken! My only criticism is Carlotta & her brother need to grow up more. After all they’ve been thru it’s a bit hard to believe they’re stuck in their youth still. It’s actually annoying!
Read more
Report abuse

Cathy C
4.0 out of 5 stars Getting ready for a big ending
Reviewed in Canada on April 22, 2020
Verified Purchase
My only complaint is that it’s too short! I love Carlotta’s new career move. *spoilers* I hope this book is a setup for a stop-the-wedding ending in the next one. There are so many loose ends to tie up that book 12 needs to be longer than the last few. Or maybe the series won’t end at 12. Whatever the case, as long as Jack finally confesses his love for Carlotta at some point, I’ll be happy. Stephanie Bond has done a great job at making me care so much about these characters.
Read more
Report abuse

Rolande Pilon
5.0 out of 5 stars I love this author and this series!!!
Reviewed in Canada on May 10, 2020
Verified Purchase
Carly continues to entertain along with her entourage. Never a dull moment! I picked up this book and could not but it down until I was down. Thank you Stephanie for this great read. I can't wait for the next one.
Read more
Report abuse

Gary Hart
3.0 out of 5 stars Eleven down, and the story continues
Reviewed in Australia on August 2, 2020
Verified Purchase
I cannot believe I have survived eleven episodes of Carlotta’s life! Wacky characters, impossible situations in a far-fetched story line, but a fun read, and quite addictive!
Read more
Report abuse

booklover
5.0 out of 5 stars Must read but read 1-10 first :)
Reviewed in Canada on May 7, 2020
Verified Purchase
Love this one, I have been hooked on all of Stephanie's books for awhile. I dont want to leave any spoilers but this one made me smile the whole time reading it! Cant wait for the next one.
Read more
Report abuse
See all reviews