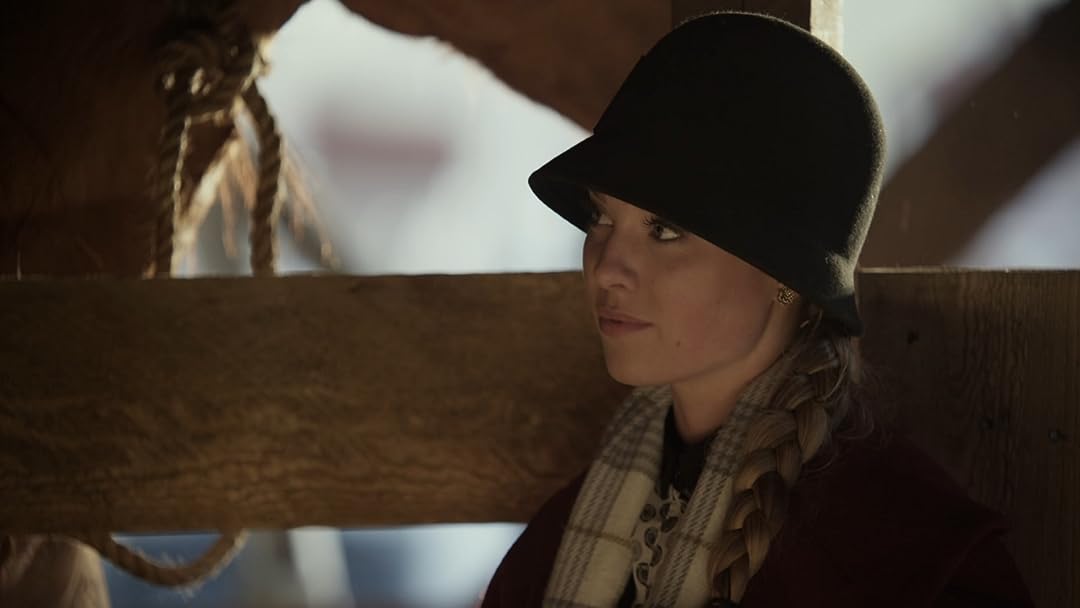 (173)
5.11 h 41 min2012X-RayPG
In this heartwarming sequel to the holiday classic, Emma (Danielle Chuchran) rallies her friends new and old to save a beloved puppy orphanage by putting on a musical holiday extravaganza.

Razl00Reviewed in the United States on December 8, 2020
2.0 out of 5 stars
Bad sequel
Verified purchase
Not a good copy of the first one. The character who returned seemed to know very little about the dogs--some should have still been around from the first visit. A clairvoyant? Really? Just a lazy deux ex machina plot device. Yawn. Even the villain was a bore. The use of the phrase "totally bogus" for the year 1937 was jarring. Not enough of the dogs either.

Amazon CustomerReviewed in the United States on February 21, 2020
5.0 out of 5 stars
Suitable for family!
Verified purchase
Hallmark type movie, suitable for the whole family. Even has bad guy who wants the family farm & to close down unofficial dof rescue.

GYMRATReviewed in the United States on January 1, 2020
2.0 out of 5 stars
Sequels suck
Verified purchase
Not nearly as entertaining as the original.

RosieReviewed in the United States on January 23, 2021
5.0 out of 5 stars
Cute movie
Verified purchase
We and the grandkids loved it!!

WhistlestarReviewed in the United States on January 25, 2013
4.0 out of 5 stars
Little kids will like it - or dog lovers - or parents of the kids who are in it!
Verified purchase
I couldn't rate it a five because I've actually not seen the whole thing through. We've watched parts of it many time because my son is an extra in the band - the good looking trumpet player (bow ties are cool!) who has one, brief line when the cheerleader asks them to play their special dance music - Except they dubbed over his voice probably so they didn't have to pay more than "extra" pay. But it is a delightful romp (at least when the band is on stage). There are some highly interesting continuity issues with the band as sometimes the kids are playing different instruments at various times, not their own. Of course the band isn't actually playing at all as good as Caleb Chapman's music program is in reality. The Christmas Variety show production number is really good - if you like that sort of thing, especially with dogs and little kids dressed as dogs. It should become a holiday classic with the canine crowd and Christmas dog lovers everywhere.

It certainly can be recommended as family-friendly holiday viewing (except those cheerleaders and their dance are pretty, uhm, provocative for the 1930s - but would be relatively mild at any current high school.)

D.J.W.Reviewed in the United States on April 14, 2017
1.0 out of 5 stars
Big waste of money
Verified purchase
Very slow and poorly written. Stopped after 5 minutes of watching it. Big waste of money.

Cassandra C. GreeneReviewed in the United States on December 17, 2012
3.0 out of 5 stars
Gift wrap and note left off
Verified purchase
The DVD arrived fine and I am sure my neice will like the movie, but I order it as a gift and included note card ....it was NOT gift wrapped and no card to even know where it came from. Dissappointed, have others I paid for gift wraping too...guess that is Not a good ideal to do since it seems to be a charge only hoax?
See all reviews
Back to top
Get to Know Us
Make Money with Us
Amazon Payment Products
Let Us Help You
EnglishChoose a language for shopping. United StatesChoose a country/region for shopping.
© 1996-2022, Amazon.com, Inc. or its affiliates