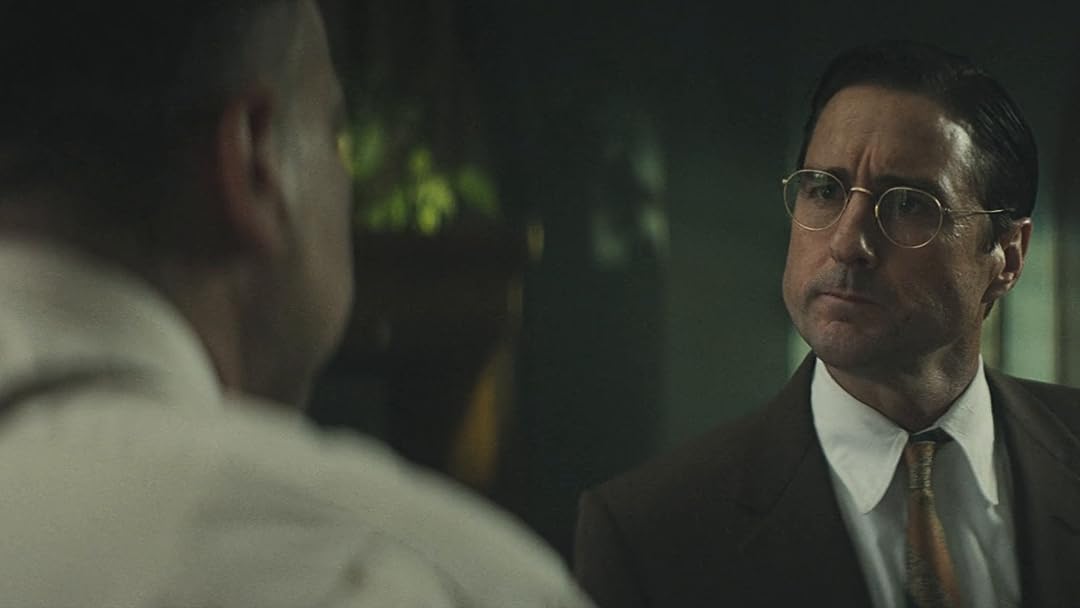 (2,142)
6.91 h 57 min2021X-RayPG-13
12 MIGHTY ORPHANS tells the true story of the Mighty Mites, the football team of a Fort Worth orphanage who, during the Great Depression, went from playing without shoes--or even a football--to playing for the Texas state championships.

Movie Guru from Down SouthReviewed in the United States on September 2, 2021
5.0 out of 5 stars
A Feel Good Movie that Does Not Disappoint. Triumphant!
Verified purchase
Director Ty Roberts weaves together a story based on real life experiences of 12 Mighty Orphans that is told with gritty realism and detail. Luke Wilson and Martin Sheen deliver spot-on performances, as does Wayne Knight as the wicked Orphanage Administrator (played Newman in Seinfeld). Other familiar faces in the cast were Treat Williams and Larry Pine. Lane Garrison (The Iron Orchard) is both wicked and mesmerizing as "Luther". A brief appearance by legendary actor Robert Duval further complements this all-star cast.

In today's world of often self-indulgent and vain wanderings through life, this gritty and nostalgic peek at a time when people were less privileged but thankful for the small gifts of love, attention, and respect is a much needed escape from the harsh realities of a world gone mad. Thank you to Producer Houston Hill who pushed this program through the the dark paths leading to theatrical release and distribution.

ENLReviewed in the United States on September 12, 2021
5.0 out of 5 stars
A Football movie that's not about football.
Verified purchase
A wonderful movie. Yes, there's football, but there's so much more. The movie is really about the importance of Father's in young boys and men's life. Having a Father figure to teach young boys and men to be adult men, how to be men of honor and hold hope in their hearts, no matter what their circumstances. The movie shows how important it is for young men to earn respect by their actions. Yes, I'm a woman who loves football, and football movies. The football scenes and the story about what football did for these young men is great, but this movie is about so much more. Luke Wilson is superb in the role of Rusty Russell. A true story, about real people who made a significant difference in the lives of the people they touched.
5 people found this helpful

Matt FinchReviewed in the United States on September 5, 2021
5.0 out of 5 stars
Amazing Cast, Acting, Screenplay, Story, and More
Verified purchase
What can I say... Luke Wilson's best acting role I've seen by far, Martin Sheen was phenomenal as well, a little Robert Duvall, and what surprised me was how fantastic the unknown football-playing orphan actors did as well. Obviously, a mostly predictable plot and a theme that I thought had been burned out by now (but I was wrong -- and happily so). I waited until it had 12 reviews before renting so I could read what other people thought about it. The other reviews were so good I gave it a shot... and this movie was well worth the money and time invested. What a fun Friday night watching this! If you're looking for an exciting inspirational movie inspired by true events with a great cast and hard-hitting football tackles and miraculous plays -- look no further.
6 people found this helpful

JHawkeReviewed in the United States on September 5, 2021
5.0 out of 5 stars
A Good Old-Fashioned Feel-Good Movie!
Verified purchase
12 Mighty Orphans is a good old-fashioned feel-good movie, and I’m really glad I rented it. Luke Wilson is at the top of his game playing Coach Rusty Russell, a compassionate, gentle, and devoted HS Football coach, who takes under his care a group of unwanted outcasts, whom no one believes in, except for him. Somehow, he manages to train these kids into a powerhouse football team that captivated the nation during the height of the Great Depression, even grabbing the attention of FDR. The only weakness in the movie is that, though ever-present, the orphans are a bit under-utilized. A few of the young actors are some of the best actors around. Jacob Lofland has already carried several movies, as well as given an amazing performance in The Son on AMC. He’s great in this film as Snoggs, but this movie could have used so much more of him and some of the other orphans. Nevertheless, Luke Wilson is superb in this film, and his storyline is very much the heart of the movie
4 people found this helpful

Sherry DavisReviewed in the United States on September 22, 2021
5.0 out of 5 stars
Great Movie
Verified purchase
This is a wonderful movie. My father was raised at the Masonic Home in Ft Worth and we were extras in this movie. It is a heart warming movie about orphans becoming winners. It is about these boys becoming a family when they did not have one. Google Hardy Brown, Dewitt Coulter, Miller Mosely you will be surprised who they are and where they came from. Luke Wilson and Martin Sheen did a great job and are wonderful people as well. It is a must see. Even if you are not a sports fan.
3 people found this helpful

michael hoffmanReviewed in the United States on September 6, 2021
5.0 out of 5 stars
Great story
Verified purchase
I like the updates and photos at the end of the real people portrayed in the movie. I thought the acting was good and love the story. Never heard of this until now.
4 people found this helpful

mochaicremeReviewed in the United States on September 29, 2021
5.0 out of 5 stars
Fun Movie
Verified purchase
The DVD arrived quickly and in perfect condition.
I thoroughly enjoyed this movie. It was a truly satisfying story of forging friendships which develop into an emotional "family". When first deposited in this depression era orphanage each young man living there probably felt abandoned, angry, confused. All that changed when a core group, consisting of a small family and the doctor, showed that they cared about their welfare. With patience and example, they helped these young men to develop pride and hope in themselves and each other. Their development as a football team was both humorous and brutal.
It is even more moving knowing that it was based on a true story. This movie will definitely stay in my library and I will definitely be watching this movie again with friends.

HopeReviewed in the United States on November 5, 2021
5.0 out of 5 stars
Inspiring
Verified purchase
One thing I really appreciated about this movie is the how the mother and father supported each other, especially, given this part of America's history. Their relationship gave me a comforting sense of ease and was an antidote to observing some of the effects of the Dust Bowl.

Since the boys on the team had to be won over by the coach, it was inspiring to watch his methods of doing so, given that some of them had given up on life. This is a very good story and well presented.
See all reviews
Back to top
Get to Know Us
Make Money with Us
Amazon Payment Products
Let Us Help You
EnglishChoose a language for shopping. United StatesChoose a country/region for shopping.
© 1996-2021, Amazon.com, Inc. or its affiliates