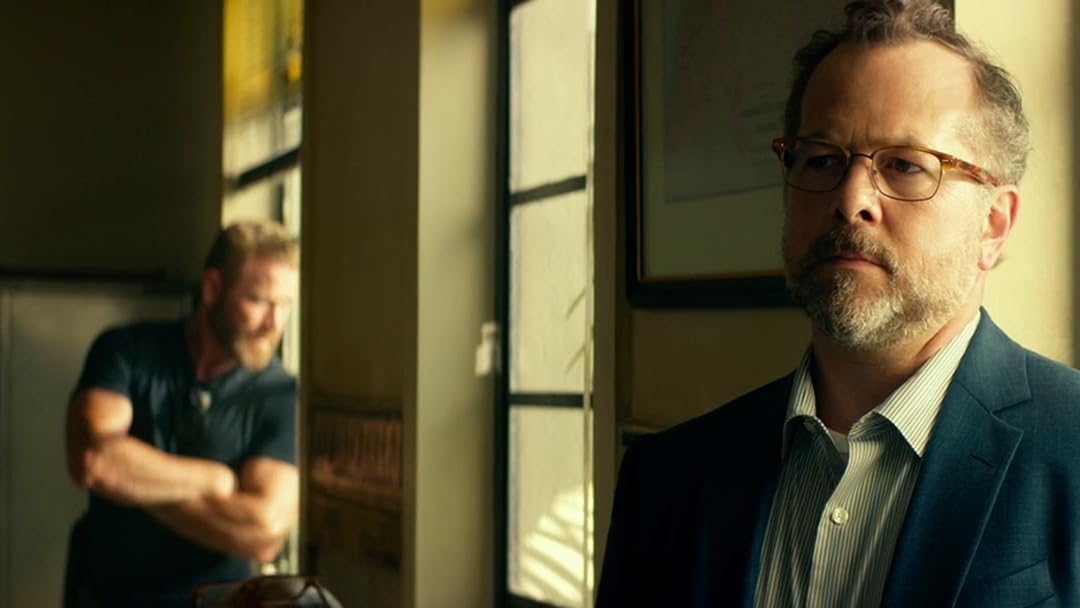 13 Hours: The Secret Soldiers of Benghazi

(13,349)7.32 h 24 min2021X-RayR
American soldiers fight to protect the survivors of a deadly terrorist attack on the U.S. Consulate in Benghazi.

As far as facts go, the only person to criticize this film was the CIA chief who claimed that he never told his security contactors to stand down. The contractors eventually disobeyed his orders;
the 1/2 hour delay may have caused Ambassador Stevens his life.

The film moves at a fast pace & the combat & tactics give the movie a very realistic feel. These 6 contractors were ex-elite military with combat experience with the Marines, Navy Seals & Army Rangers. Greatly outnumbered, they displayed remarkable courage & professionalism under fire, despite the fact that they were not given their requested air support. The use of relatively unknown actors also adds to the realism.

I have very little to criticize this film. It has a gritty, unsanitized quality to it. It's about betrayal, selflessness, the chaos & confusion of combat & fighting for survival & the man next to you. Not for some ideology or political agenda. If you enjoyed movies like Platoon, Blackhawk Down, We Were Soldiers or HBO's Band of Brothers, you will like this movie. It can be viewed again & again.

Amazon CustomerReviewed in the United States on March 29, 2017
5.0 out of 5 stars
Emotional and Gripping
Verified purchase
As a service member who served overseas in Iraq and Africa this movie brought me closer to those who sacrificed everything to protect the men and women of our country. Very well done, not to much gore or fake battle scenes. Really made me feel like I was back overseas again and extremely emotional.

I am grateful for those men that protected everyone to the best of their ability through overwhelming odds. I salute all of you

Austin S. BelangerReviewed in the United States on May 16, 2018
4.0 out of 5 stars
I liked the movie
Verified purchase
I liked the movie. I don't understand those who said the movie was "hard to follow"... It's not rocket science.

I don't understand the fools that went on about the propaganda and political "leanings" of the movie. It didn't really touch on any of that. It simply gave an account of what happened.

People are just mad because it shows how ineptly this whole affair was handled. No one has to do a political commentary. The events speak for themselves, Hollywoodized or not.

At the time of this incident I was in Ghazni Afghanistan and still remember the discussions and speculations about what the .... happened. I guess we may never know everything but ........

Now for the review: I give it 4 Stars even though in the beginning it was heavy on the clichés, it had a few unrealistic special effects, and may have taken some literary license.

On the positive side, true feelings and raw emotion were expressed i.e. the way you miss your wife and children when you are there but when you are home you are haunted by the need to go back.

The movie kept you riveted to the point that if you are watching it with someone that has never seen even a small portion of what happened in this movie i.e. mortars, rpg, and people you know dying, you may become a little frustrated with the questions and interruptions.

The action brings you to the point of .....[[ASIN:B01AIW6KZS 13 Hours: The Secret Soldiers of Benghazi]]
100 people found this helpful

PGReviewed in the United States on November 13, 2017
5.0 out of 5 stars
13 Hours is Spectacular movie! I’ve lost count on ...
Verified purchase
13 Hours is Spectacular movie! I’ve lost count on how many times I’ve watched it and have ordered the book. For me, I’m both proud of the Defenders of our Libya Outpost and Enraged that none of the US Armed Forces from outside Libya was allowed to engage the jihadist attacker’s! The statements made by many that there wasn’t enough time to respond is outrageous! Who knew when the conflict would end? Shameful! Criminal!
97 people found this helpful

1_DemanReviewed in the United States on July 23, 2017
5.0 out of 5 stars
Pointed film
Verified purchase
This was not a shining point for American ex-special operators but for the men how have first hand experience with the like of this men know just how well they are trained and just how far such men can go in deference of their mission and fellow team mates. The film was to the say the least graphic but very well shoot and the characters interaction was very good. The movie really drove the point home just how much we here in the states have to be grateful we need to be for the peace we enjoy everyday.
43 people found this helpful

PJ and PaulReviewed in the United States on August 11, 2017
5.0 out of 5 stars
A Real Need-to-Watch Movie
Verified purchase
War movies are usually not my thing, so I didn't really want to watch this film,as I felt the it might be just some contrived political claptrap, BUT it ISN'T! Right now I'm doing a study of war which is quicker and easier than reading a 10' pile of tomes on the subject, and I'm so glad I did. I feel that is it a very REALISTIC, MOVING and TRUTHFUL picture of what happens in real battles including surprise attacks, explosions, fire, smoke and confusion, plus the camaraderie among the soldiers, sarcastic and gallows humor among them and lessons learned. You have to keep your eyes moving and your ears open to get the full picture, but it is definitely worth it!
PJ of PJ and Paul
38 people found this helpful
See all reviews
Back to top
Get to Know Us
Make Money with Us
Amazon Payment Products
Let Us Help You
EnglishChoose a language for shopping. United StatesChoose a country/region for shopping.
© 1996-2021, Amazon.com, Inc. or its affiliates