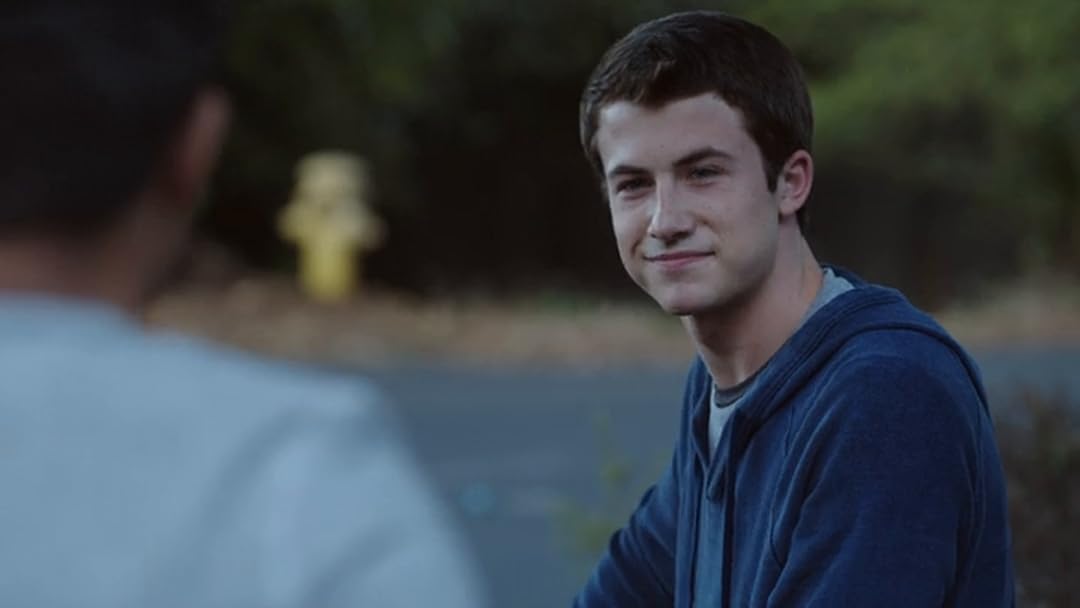 (355)
7.52017TV-MA
After a teenage girl's perplexing suicide, a classmate receives a series of tapes that unravel the mystery of her tragic choice.

JustinReviewed in the United States on October 10, 2019
4.0 out of 5 stars
Full unedited season
Verified purchase
Full season no editing done on the last episode just what I was looking for.
30 people found this helpful

Jason M BreedloveReviewed in the United States on June 10, 2020
4.0 out of 5 stars
Was Edited. Better Quality On Netflix
Verified purchase
I always rewatch a show when a new season airs and the only reason i bought these episodes was to watch it as it had been originally. I saw it before Netflix removed the Hannah Baker suicide scene in 2019 so I know exactly what they took out. Other reviewers said this wasn't edited but it is. It's really only a couple minutes, however, those 2 minutes are literally what the entire show hinges upon. It shouldn't have been removed. It could have made viewing optional or parental controls if necessary. Not just obliterate it from ever existing. You also have to buy the individual episodes and they aren't in HDR on Nerflix.
10 people found this helpful

Robert W. MoffieReviewed in the United States on August 21, 2020
5.0 out of 5 stars
Gripping
Verified purchase
I watched the series on Netflix and kept wishing I could find a way to keep the episodes so I could watch them whenever I wanted. That's not usually the case with Netflix original shows. On a whim, I looked on Amazon and was thrilled to see that this was available on DVD. I am hoping that all four seasons become available on DVD. This series left a lasting impression on me and everyone I have recommended it to has ended up with the same reaction. Terrific writing and excellent acting. While I have not done an episode by episode comparison, I am aware that the final episode of Season One on the DVD varies from the one that is airing on Netflix. You can read other reviews if you want more specifics. I don't want to spoil anything. Another difference, though I have not compared each DVD episode with each Netflix episode is that the DVD package states, "Music has been changed for this home entertainment version." This was an awesome series.
One person found this helpful

EMHReviewed in the United States on June 6, 2018
5.0 out of 5 stars
An Important & Powerful Story
Verified purchase
13 Reasons Why can be one of those shows you sit down to watch and, after an episode or two, you begin wondering why you’re watching it … yet you can’t stop. Walking with Hannah through her experiences at Liberty High School is tragic and heartbreaking. A horrible lie follows Hannah through the last couple of years of her life and things only build off of one bully’s idiotic course of action. All the little things pile on into one big thing, until the final act against Hannah’s dignity and self-worth drive her to end the torture once and for all.

So why is 13 Reasons Why important? How could I find a show about suicide so compelling? Let me tell you, it’s hard to answer those questions. It’s so very hard to explain what I was thinking and feeling as I stayed up late into the night watching this show, needing to know what happened next. Needing to understand why the bright, funny, and seemingly happy girl Hannah Baker thought she had no other option than to kill herself.

Mixed with a parade of abuse, singular moments of happiness, and the ultimate assault that leaves Hannah empty inside, 13 Reasons Why is a dynamic story that had me gasping, crying, laughing, and furious at intervals. I know what you’re thinking. Laughing? Really? Well, let me tell you that’s how realistic this show was. Because Hannah’s life reflected reality–Hannah’s reality–in a way that translated perfectly to the screen. You can find happiness and laughter, even in the worst of times, but it doesn’t mean those split-second moments are big enough to overwhelm the darkness.

I suppose, in the end, that’s why 13 Reasons Why was so important to me personally. What Hannah went through, her struggles and fears, her feelings of worthlessness–that nobody cared enough about her to truly see what she was going through and do something to save her–it was all so familiar to me, it struck me to my very core.

Sometimes, the message behind a story like this can’t be explained. It can’t be articulated properly. Sometimes, you just need to see it for yourself and take from it what was intended. Everyone is here for a reason, and Hannah’s wasn’t to commit suicide and glorify an act that devastates the lives left behind. If you see glory in what she did, then you’re not looking at the full picture. Because while her death united kids at her school who had beforehand never been friends; while it wove strength and love between the individuals left behind who blamed themselves for what she did, it also left a hole in their hearts and lives that can never be filled by another person. And while the hurt will slowly fade as the years pass, Hannah’s choice will forever hang over them.

Suicide is not an option. This show depicted, with a subtle beauty, how this act can change and shape lives. How it devastates and destroys. How it locks people in fear. How things don’t get better with the loss, but worse. For her family, for her friends, 13 Reasons Why Seasons 1 & 2 showed how Hannah’s decision, and what she left behind, determined the actions of not only the good kids in her school, but the monsters as well.

Carlos EspinosaReviewed in the United States on January 2, 2020
5.0 out of 5 stars
It is a really good show. (Well Season 1 was really good)
Verified purchase
I have Netflix and I still bought the DVD.
I bought because I wanted to see the special features & it still had the suicide scene that Netflix took out. I really enjoyed Season 1 that's why I bought it.
6 people found this helpful

JacquelineReviewed in the United States on February 5, 2019
5.0 out of 5 stars
Perfect
Verified purchase
I been waiting to watch this forever. As long as the dvds worked without scratches I couldn't care. The package was very nice and cared for. The DVD case was very clean and brand new. The dvds itself was perfect. Couldn't asked for better.
3 people found this helpful

SandraReviewed in the United States on July 20, 2020
5.0 out of 5 stars
Full final episode still included
Verified purchase
I understand why they removed the suicide scene from Netflix. But I am glad that there is still an option to be able to see the show in its entirety. These DVDs, at least for now, have the full unedited season.

Warning if you haven't seen it: this show is dark, it probably will make you feel pretty awful after many of the episodes. But it is real. It is thought provoking. It is complex, well-acted, and meaningful. It has seared into my brain aspects of social issues that I will forever understand better and be able to explain better. I've watched the first season twice now, and will definitely watch it again at some point. (I have also watched the other seasons, but they're not nearly as meaningful as the first; I would recommend stopping after the first season. And if you don't, I'd really recommend stopping after the second.)
One person found this helpful

Jim WickedReviewed in the United States on February 23, 2021
5.0 out of 5 stars
The Scene is Still There
Verified purchase
I'd already seen this magnificent series before and found it moving, so when I heard Netflix removed the "conclusion" scene, I wanted to get a DVD copy for myself. Even if it weren't there, it's still an amazing show, but that scene really drives home the message in a way that talking about it can't. I waited a bit too long on getting this, but I can say that in the version sold by Amazon as of February 2021, the scene is still included
See all reviews
Back to top
Get to Know Us
Make Money with Us
Amazon Payment Products
Let Us Help You
EnglishChoose a language for shopping. United StatesChoose a country/region for shopping.
© 1996-2021, Amazon.com, Inc. or its affiliates