Share <Embed>
Have one to sell?
Sell on Amazon
Flip to back Flip to front
Listen Playing... Paused   You're listening to a sample of the Audible audio edition.
Learn more
See all 2 images 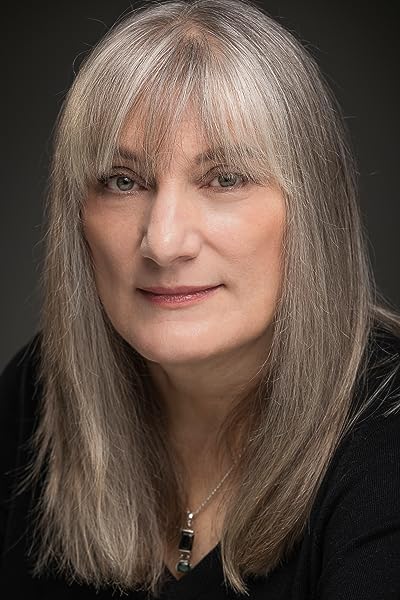 "Stefoff abridges and simplifies Mann’s adult title 1493: Uncovering the New World Columbus Created (Knopf, 2011), objectively describing how European exploration and the resulting Columbian Exchange of plants, animals, and diseases rapidly made the world “global” in outlook and practice, with a mixed legacy of wealth and higher living standards, oppression, losses of entire populations, and environmental degradation. Both versions share format and topics and are not complete histories of global exploration and exchange. They instead focus on large and small factors, such as the failed Scottish colony in Panama, European earthworms in North America, and Africans’ partial immunity to malaria, that had unexpected and significant effects on nations, agriculture, and the spread of slavery. Sections on often-overlooked and important topics such as the trans-Pacific trade that destabilized the Chinese government, the unexpected and enduring environmental and human costs of single-crop (potatoes) and industrial (rubber trees) agriculture, and the 'crazy soup' of mixed population groups are informative and thought provoking. Maps and large illustrations supplement the text. More detailed than Marc Aronson and John W. Glenn’sThe World Made New: Why the Age of Exploration Happened and How It Changed the World (National Geographic, 2007) and a good companion to Mann’s Before Columbus: The Americas of 1491 (S. & S., 2009), this book will help students understand the origins and continuing consequences of the globalization that was the almost immediate result of European exploration and exploitation of the New World. VERDICT An excellent addition to history collections."–Mary Mueller, Rolla Public Schools, MO --School Library Journal, STARRED REVIEW

“In this sweeping world history, Mann chronicles the spread of globalization, examining the mingling of the world's ecosystems through travel, trade, colonization, conquest, and migration, from its beginnings in the 15th century to its continued impact in the present day. Adapted by Stefoff for teen audiences, this riveting account shows how the complex, interconnected economic and environmental consequences of the European "discovery" of the Americas shaped many unexpected aspects of the modern world. The collision of unfamiliar flora, fauna, and microbes produced unforeseen wealth, conflict, exploitation, disease, misery, and social upheaval. Mann examines such fascinating subjects as the connections between malaria and slavery, how silver mined in Bolivia funded economic development in rural China and wars waged by the Spanish empire, how the rubber plant enabled industrialization, and how the potato plant fed millions of Europe's poor for centuries and then caused the deaths of millions. All of these fascinating stories are woven together in a clear, compelling narrative. The complex subject matter is impressively handled with deftness and wit. A provocative, gripping account. (photos, maps, timeline, glossary, index) (Nonfiction. 12-18)” --Kirkus Reviews

“A fascinating story of how our modern world came to be. Globalization isn’t the recent phenomenon we thought—follow the breadcrumb trail of something as innocent as a potato and discover how it led to colossal change worldwide. Watch with horror the domino effect caused by greed for silver, and find out how something as tiny as a mosquito changed the world. A captivating mosaic of game changers that shaped modernity.”—Jill Rubalcaba, author of Every Bone Tells a Story, Finalist for the YALSA Award for Excellence in Nonfiction for Young Adults

“An engrossing history of almost everything—ecology, botany, politics, economics, disease, and anthropology—since Columbus’s arrival in and departure from the Americas, 1493 for Young People will inform and engage its audience. Charles C. Mann’s original acclaimed work has been ably and entertainingly reduced for younger readers, who will appreciate his mind- and world-expanding ideas and knowledge.”—Cynthia Levinson, author of We’ve Got a Job: The 1963 Birmingham Children’s March, Winner of the IRA Young Adult Nonfiction Award

"This is a book of big ideas and grand movements in human history, told through engaging stories about explorers, mountains of silver, deadly mosquitoes, and much more."—Steve Sheinkin, author of Bomb: The Race to Build—and Steal—the World’s Most Dangerous Weapon, a Newberry Honor Book and Winner of the YALSA Award for Excellence in Nonfiction for Young Adults

CHARLES C. MANN is the author of 1493: Uncovering the New World Columbus Created, a New York Times bestseller, and 1491: New Revelations of the Americas Before Columbus, which won the U.S. National Academy of Sciences' Keck Award for the best book of the year. A correspondent for The Atlantic Monthly, Science, and Wired, Mann has covered the intersection of science, technology, and commerce for many newspapers and magazines here and abroad, including National Geographic, The New York Times, Vanity Fair, and The Washington Post. In addition to 1491 and 1493, he is the co-author of five other books, one of which is a young person's version of 1491 called Before Columbus.

REBECCA STEFOFF has devoted her career to writing nonfiction books for young readers. Her publications include histories, literary biographies, an encyclopedia of maps, and numerous books on science and environmental issues. She has also adapted a number of landmark works in history and science: Howard Zinn's A People's History of the United States, Jared Diamond's The Third Chimpanzee, and Charles C. Mann's bestselling 1491.
Start reading on your Kindle in under a minute.

4.0 out of 5 stars
4 out of 5
10 customer ratings
How does Amazon calculate star ratings?
Amazon calculates a product’s star ratings based on a machine learned model instead of a raw data average. The model takes into account factors including the age of a rating, whether the ratings are from verified purchasers, and factors that establish reviewer trustworthiness.
Top reviews

Oregon Farm Mama
5.0 out of 5 stars Wonderful global analysis
Reviewed in the United States on July 18, 2019
Verified Purchase
I am a homeschooling mom and last year I assigned this book to my 3rd grade son to read over the course of the year. We were studying the early modern period, including early American history. He was also reading Books 2-4 of History of US by Joy Hakim.

This book was definitely a challenge for him at the beginning of the year because it approaches history very differently than most children's history books. Most books present history as a series of narrative events -- short stories, if you will. This is a very compelling way to teach history and I love that for most of our history texts! 1493, in contrast, does a lot more synthesis to help draw connections between seemingly disparate events that happened all around the world during the post-Columbus era — for example, the role of mosquitoes and malaria in the use of African slaves in the southern colonies of North America. At first, my son had a very hard time wrapping his head around the vastness of the discussions (and especially how to "tell back" or "narrate" those to me as part of our school day), but he persevered and by the end of the school year he declared this one of his favorite books of the year!

We both loved the Big Picture look at the world. I especially appreciated learning more about other key players in the era, including China. I really didn't grasp the connections between Spanish silver (mined in South America) and China's economic woes.

There's so much more in this book too. As the title says, this book is about the evolution of globalization — the transfer of ideas, flora, fauna, trade materials, and peoples all around the world. What a huge shift in history's "flow"! I appreciate this book being made accessible to younger readers, and I highly encourage adults to read it too if they find the original Mann version too thick for their tastes!

Jessica Sawyer
5.0 out of 5 stars An excellent history!
Reviewed in the United States on April 21, 2016
Verified Purchase
This book is for young people but will also be an excellent book for adults to learn more about MesoAmerica. Mann is an expert but writes in a very comfortable style that makes it a pleasure to read.
Read more
5 people found this helpful
Helpful
Comment Report abuse

Narate
5.0 out of 5 stars Great Book
Reviewed in the United States on January 18, 2018
This is a very good book! A must read for history buffs.
Read more
Helpful
Comment Report abuse
See all reviews from the United States