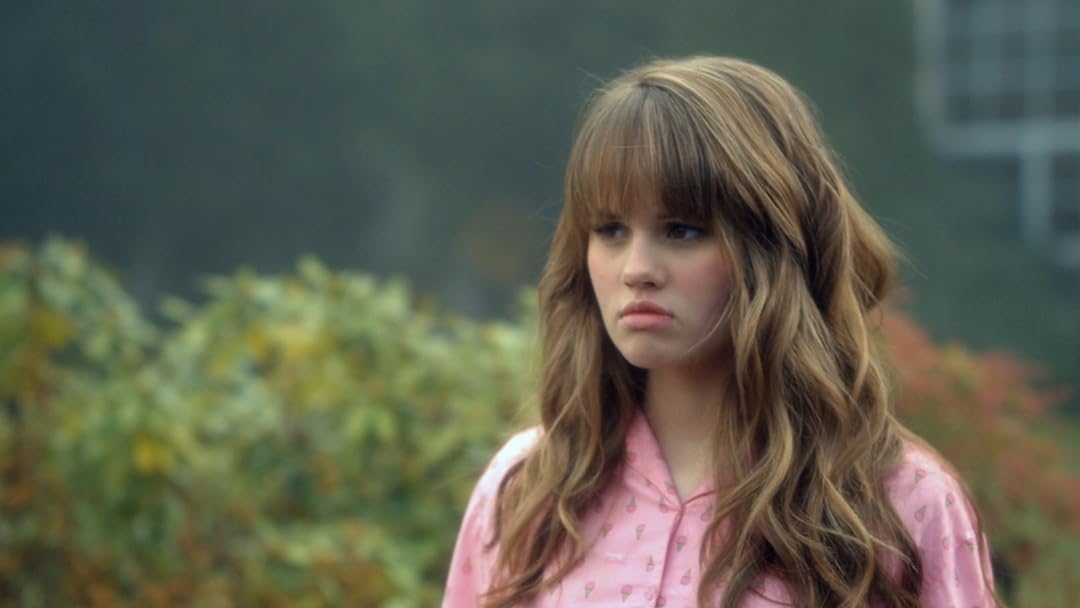 GeorgeReviewed in the United States on November 24, 2018
5.0 out of 5 stars
Great movie for Thanksgiving
Verified purchase
I thought there was a high probability that I would like this movie. I bought the HD version on Prime Video, downloaded it at the best quality and watched it on my Kindle Fire HD 8 6th edition.

My review contains some spoilers, but also useful information for some who haven't seen it.

Here's a low-down on the parents' guide-type information (since that's primarily what I look for in reviews): I was very pleased to find that there wasn't any swearing (nor anything like swearing) in it. Violence-wise, a couple girls get hit in the head with volleyballs while playing (that's it), although one of them gets knocked out as a result. Modesty-wise, some of the dresses that the girls wear show shoulders (it's not an all-the-time thing, though). There's some sadness in the movie (but it's a fun movie over-all). There's some rivalry between two girls. The source of the magic for the candles and the wish fairy type woman is never disclosed (and we never find out what the woman is, whether she's a fairy or what—which is a good thing, as it doesn't detract from the message of the story). The main character experiences some unfortunate events on her birthday (nothing to worry about content-wise).

The other reviewer who said it was the cutest movie ever is right that it is very cute. The preview doesn't fully convey that.

Anyway, I can definitely relate to feeling/being older before your time, losing access to friends, situations, and such as a result (that's the sad part I was talking about). I was kind of surprised to see some of those themes in this movie, though, since they were familiar things that I thought about quite a bit (even though I kind of gathered similar stuff from the reviews—but it was closer to what I knew than I realized). Anyway, a person needs a full childhood, and friends. If you don't know what it's like for childhood to be cut short (on purpose), and not be able to go back, just know that it's really, really, sad, especially when you come upon your friends who are still in the same situation you used to be in, and you can't join them (or even stay with them), and then you have to go somewhere else. Good friends are important. Stay with them. Don't grow up before your time. Too many children want to grow up too fast, I think. Some of them should watch this movie (although most of them are probably between the ages of five and twelve, and this is about teenagers—nevertheless, she wasn't 16 when she made that wish the first time).

I was also surprised (in a good way) to see that it was even more about gratitude than I already knew. It was a feel-good movie (at the end, I mean). The main character learns to be grateful (although to start with, she has a lot of wishes about how her life could be different). She also learns to be a better/nicer more considerate person—and she learns to appreciate being young. She's only adult-like for a portion of the movie, although it is a significant portion (that's not really what the whole movie is about).

The main character is human, and she's not a bad human (even if she's not perfect).

The acting is pretty good.

I liked how the wish-fairy-type woman was excited about each wish (and about the day in general).

I liked how it looked like her nemesis was going to find out about her wishes, but then she didn't (it's a much better movie how it is, I believe).

So, anyway, I think it was worth the money I paid for it, and it turned out better than I knew. It's a great movie. I could rewatch it (more than once). I also think most teenage girls would probably like it (but ask them).

JONESFAMILYReviewed in the United States on August 30, 2018
5.0 out of 5 stars
VERY APPROPRIATE CUTE MOVIE
Verified purchase
THE CUTEST MOVIE EVER! MY 5 YEAR OLD DAUGHTER LOVES THIS, AND IT IS REALLY APPROPRIATE, NO CRUDE HUMER OR STUPID STORYLINES. THIS IS JUST A CUTE STORY OF A GIRL AND ALL HER WISHES!! WORTH WATCHING!
5 people found this helpful

Jenn11Reviewed in the United States on July 29, 2020
5.0 out of 5 stars
Fun show
Verified purchase
My nine year old daughter loves this show and has watched it several times with friends. I think the content is clean and suitable for the directed audience.
One person found this helpful

GinaReviewed in the United States on October 27, 2020
5.0 out of 5 stars
Good movie for kids and teens
Verified purchase
Really cute kids and teen movie. I like that it has a nice lesson to learn for kids. My daughter enjoyed watching it
One person found this helpful

Margaret Berwind-DartReviewed in the United States on August 30, 2020
5.0 out of 5 stars
loved the movie
Verified purchase
I think the movie is really good! I think you should try it I've wathed it two times and loved it
One person found this helpful

GrandmaReviewed in the United States on May 30, 2021
1.0 out of 5 stars
Prime is get worth less to my wallet
Verified purchase
Movie good but it was to be watch on prime not purchade
See all reviews
Back to top
Get to Know Us
Make Money with Us
Amazon Payment Products
Let Us Help You
EnglishChoose a language for shopping. United StatesChoose a country/region for shopping.
© 1996-2022, Amazon.com, Inc. or its affiliates