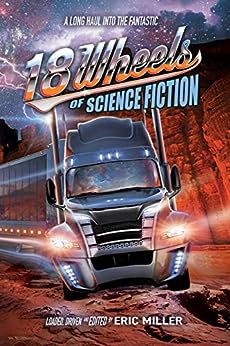 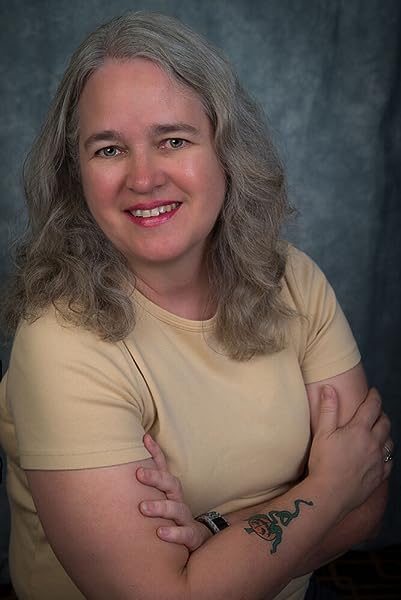 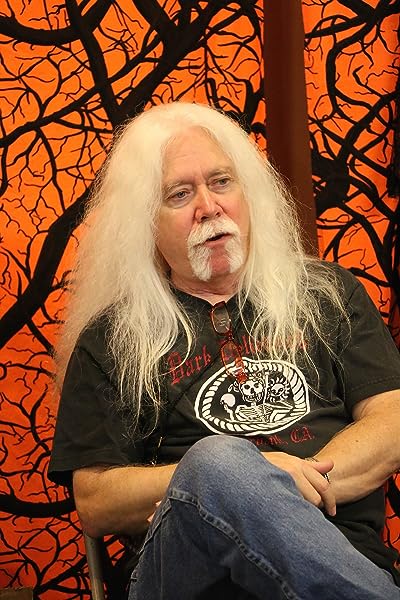 18 Wheels of Science Fiction: A Long Haul into the Fantastic Kindle Edition

From the back cover: An alien fuel additive shows just how fast a big rig can go... A disembodied driver wages war on self-driving trucks... A haul through time takes an unexpected turn... Reality shatters for a trucker using an experimental delivery device... Stargazing gives an overweight driver a new lease on life... A young girl risks her life to hitch a ride out of an apocalyptic wasteland...

The highways of the universe will never be the same!
Read more
Previous page
Next page

"18 Wheels of Science Fiction is an interesting mix of tales. The quality of writing is top notch..."     --Corey, reviewing on SlackJawPunks.com

California Steven
4.0 out of 5 stars Fun science fiction
Reviewed in the United States 🇺🇸 on April 23, 2022
Verified Purchase
This book is a lot of fun. Typical of modern science fiction there is a lot of dystopianism but also lots of creative and unexpected twists and turns. I did some driving back when my eyesight was better and some of the stories brought back some memories. Not sure about the appropriate audience, some violence and gore but not excessive, no explicit sex, some "bad words."
Read more
Helpful
Report abuse

Wendy
5.0 out of 5 stars Super Fun Anthology - 3,2,1, Ignition!
Reviewed in the United States 🇺🇸 on December 30, 2019
Verified Purchase
Whether you just pop in for a story or two, or settle in for the long haul, this anthology is 18 wheels of fun. A must-read for anyone who loves trucks, but even if you're like me and can't tell a big rig from a big Mack, there's plenty of sci-fi/fantasy/adventure/humor to be enjoyed, especially if you ever listened to Coast to Coast on late night radio. While each tale has its own charm, I was particularly taken with "Wheels of Wrath" by Janet Joyce Holden, "Shotgun Seat" by Paul Carlson, "Silent Passenger" by Kate Jonez, and "Drive" by Eric Miller, which could well be adapted into the next Mad Max movie. The previous entry in this anthology series - 18 Wheels of Horror - is another Twilight Zone-ish collection well worth checking out!
Read more
Helpful
Report abuse

Alissa Martucci
4.0 out of 5 stars Where else would you find a compilation like this?
Reviewed in the United States 🇺🇸 on February 3, 2020
Verified Purchase
Are you a fan of the open road? Do you wonder how artificial intelligence will shape the future of labor on Earth? Are you waiting in the lobby for your tires to be mounted? This book is for you.

Not only that, but many book editors don't have the kind of worldly experience that accurately reflects the ethos of the subgenre in which they're working. I'm left with the impression that I actually met these people, out in the real--or unreal--world.
Read more
One person found this helpful
Helpful
Report abuse

eliot
5.0 out of 5 stars nice ride
Reviewed in the United States 🇺🇸 on December 14, 2019
Verified Purchase
I got this book for my truck-driving uncle, who loved it. So I read it myself. I'm not a trucker, but it doesn't matter. The stories are all well crafted and entertaining. My favorites are Bond Elam's "Thin Ice", Eric Miller's "Drive", and Carla Robinson's story "Everything Looks So Small" with a great twist ending and a character who could be my uncle. If you enjoy science fiction, this book will engage and amuse you. A nice blend of sci-fi with the human condition.
Read more
One person found this helpful
Helpful
Report abuse

Ian Welke
5.0 out of 5 stars wild fun
Reviewed in the United States 🇺🇸 on January 2, 2020
Verified Purchase
Full of fast paced and fun science fiction. This anthology has made for a great start to the new year. Usually I pick out a few favorites, I felt like this anthology is consistent only it was like, "that's a standout story, that's also a standout story, and that one as well." Eventually I realized it's all that good.
Read more
Helpful
Report abuse

Rodrigo
5.0 out of 5 stars Great anthology for lovers of sci-fi and the open road!
Reviewed in the United States 🇺🇸 on December 22, 2019
Verified Purchase
Enjoyed every story in this book from some of my favorite mystery/sci-fi/fantasy writers! Truly a long haul into the fantastic.
Read more
Helpful
Report abuse

A. Harrison
5.0 out of 5 stars Found a new author to follow.
Reviewed in the United States 🇺🇸 on June 29, 2019
Verified Purchase
Eric Miller and DeChancie made it worth reading through all these short stories. Now if I can only find more writings from Miller.
Read more
One person found this helpful
Helpful
Report abuse

David ROdriguez
5.0 out of 5 stars Amazing book
Reviewed in the United States 🇺🇸 on January 3, 2019
Verified Purchase
Great stories
Read more
One person found this helpful
Helpful
Report abuse
See all reviews
Report an issue
Does this item contain inappropriate content?
Report
Do you believe that this item violates a copyright?
Report
Does this item contain quality or formatting issues?
Report