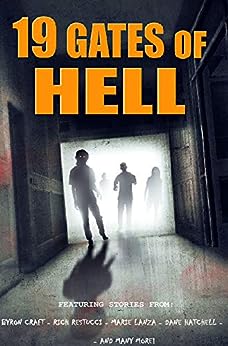 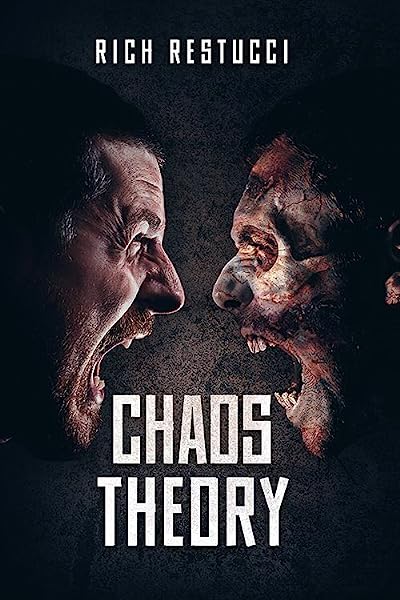 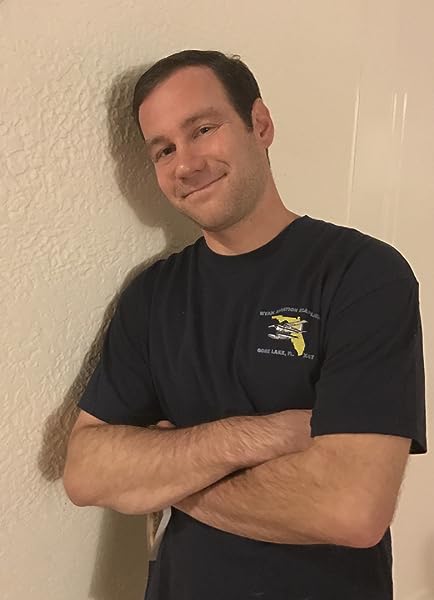 by R.L. Burwick (Author), Rich Restucci (Author), Sean Deville (Author), James Watts (Author), Frank Martin (Author), Alberto Pupo (Author), Jacob Floyd (Author), Marie Lanza (Author), Byron Craft (Author), Titan Frey (Author) & 7 more Format: Kindle Edition
See all formats and editions
Sorry, there was a problem loading this page. Try again.
From the darkest places imaginable, both outside and inside the mind, comes 19 tales that will drag you into places you never dreamed of seeing, not even in your worst nightmares.

Come along as these tales open up 19 gates into hell and experience the supernatural, the darkness of night, and the unimaginable like never before. Authors such as Byron Craft, Matthew V. Brockmeyer, Rich Restucci and many more have come together to show you in. . .and they won't let you leave until you're crying out for mercy, begging to live to see one last sunset.

What are you waiting for? The gates are opening.
Read more
Previous page
Next page

3.8 out of 5 stars
3.8 out of 5
41 global ratings
How are ratings calculated?
To calculate the overall star rating and percentage breakdown by star, we don’t use a simple average. Instead, our system considers things like how recent a review is and if the reviewer bought the item on Amazon. It also analyzes reviews to verify trustworthiness.
Top reviews

K. Danza
4.0 out of 5 stars Half the stories are amazing!
Reviewed in the United States on March 31, 2019
Verified Purchase
This is an interesting anthology, because there are a lot of really great terrifying stories in this book.... and on the other hand, there's a handful of total duds, and then a bunch that could've been amazing if they took it a step further.
Overall, I loved the anthology and found it unique- some really terrifying and well written stories shine through in the anthology, including Gloom by Rick Restucci which is about shadows coming to life and killing anyone who steps into a shadow, and Garbage Day by Dane Hatchell which is a dystopian future novel with an old sci-fi feel that could've starred Charlton Heston in a haunting story about the near future lack of care we have for people. I also loved Terror in the Deep by Matthew Hollis Damon, which gave us the zombie apocalypse from the perspective of a group of scientists trapped at sea on an oil rig overrun with zombies, and Facing Death by Marie Lanza which was a very tight entry into zombie lore on land with a solid and terrifying take on a family escaping the endless horde. Rookie Burwick also delivered with a very creepy and haunting tale that defies description, and I loved several other stories in this book which I can't name offhand because the table of contents doesn't show the authors names! That poor production value in the ebook I'm referencing now is NOT a factor in the hardcopy, but remains a glaring eyesore!

The only story that really stood out as amateurish schlock was The Beggar by Titan Frey-- I couldn't even comprehend how such a story made it into this book. But 18 tales of gruesome horror, and one bad story, leaves this anthology pretty high on my list of very well done horror anthologies. I would've given it five stars if not for a bit of slipshot production values which left me scratching my head and wondering why the editor hadn't gone the full distance. There were at least five more stories I loved here, and several more which were passable and had potential. Road Closed and The Ways in Which We Love were both very well written stories that had so much potential and disappointed in the very end-- but I still enjoyed the ride. Thankfully I read this anthology out of order or else I would question the reason the book opened on those two.

Final analysis as a big fan of horror is that I would recommend this anthology to everyone who wants to be taken on a dark and creepy trip into many dark places in the minds of many different authors! Not perfect, but definitely a noble shot into the abyss of humanity!

Amanda
5.0 out of 5 stars Such a good book!!!
Reviewed in the United States on August 21, 2019
Verified Purchase
I LOVE a good anthology. I love moving from one good story to another, especially in horror. I think it's amazing when someone can cram so much emotion and story in to do "few" words.
All of the stories in this book were really good, though, I kind of didn't like the one story (well, turned into two) of the character that was described as "the tall dark man with the scar". The stories were good, but I was kind of thrown off by having to read the description of him almost every time he was talked about, as opposed to their just giving him a name. I get what they were going for,a moving man of mystery, but, the reading of the description more than once is just offputting.
That one little thing aside though,co.plate aces across the board for this book! I greatly recommend it!
Read more
2 people found this helpful
Helpful
Report abuse

steven gibson
4.0 out of 5 stars "19 Gates Of Hell Welcome To The Darkness"
Reviewed in the United States on April 22, 2019
Verified Purchase
"19 Gates Of Hell: A Horror Anthology With Tales Of Terrifying and Hideous Monstrosity's and Madness That Dwell in the Unknown. Lots of Sinister and Nightmarish Horrors that Roam In The Shadows and Many Dark Twists and Turns. Includes These Stories,"Garbage Day",By Dana Hatchell,"Terror In The Deep",By Matthew Hollis Damon,"A Dance With The Devil Under the Pale Moonlight",By James Watts,and Many Other Stories By Different Authors to Enjoy. "A Mustread."
Read more
One person found this helpful
Helpful
Report abuse

Kindle Customer
3.0 out of 5 stars Uneven, but worth the read.
Reviewed in the United States on July 26, 2019
Verified Purchase
Some of these are stinkers, some of these are gems, so buy the ticket and take a ride. Hint: last story is the best of the lot.
Read more
3 people found this helpful
Helpful
Report abuse

Kindle Customer
4.0 out of 5 stars Not bad
Reviewed in the United States on July 10, 2019
Verified Purchase
It was a pretty good group of stories. I like trying out new authors and this book gave me quite a few good ones.
Read more
3 people found this helpful
Helpful
Report abuse

squirrel42
5.0 out of 5 stars Great mix of horror
Reviewed in the United States on May 23, 2019
Verified Purchase
Love a great horror anthology and this one was worth the time and money
Definitely recommend this to everyone who loves a great horror mix.
Read more
2 people found this helpful
Helpful
Report abuse

C. Lewis
5.0 out of 5 stars Worth a read!
Reviewed in the United States on May 23, 2019
Verified Purchase
I do not like zombie stories. Too much of the same old thing, but these are different. I loved the zombie stories in this book. All of the stories are good, but last half are exceptional.
Read more
One person found this helpful
Helpful
Report abuse

Dean Thornton
3.0 out of 5 stars This e book edition, looks to have a good selection of stories!
Reviewed in the United Kingdom on June 30, 2019
Verified Purchase
Great! Thank you.
Read more
Report abuse

CJ Clarke
5.0 out of 5 stars Do you like to be scared? Get a big dog before reading this at night.
Reviewed in Canada on May 22, 2019
Verified Purchase
All I can say is that each of the stories scared the daylights out of me. Do not read this book at night in a dimly lit room alone. You will want to make sure that you have a Dog or someone else in the room with you if you do read this at night.
Read more
Report abuse

Chrissie
4.0 out of 5 stars Lots of scary shorts
Reviewed in Canada on December 27, 2019
Verified Purchase
Enjoyed most of the stories, though some were too short for plots sake. Lots of different styles. No more words.
Read more
Report abuse

Kindle Customer
2.0 out of 5 stars Not that great
Reviewed in Australia on April 1, 2020
Verified Purchase
Only a few good stories. The rest were quite dull and forgettable. I wouldn't recommend it unless you have nothing else to read.
Read more
Report abuse
See all reviews