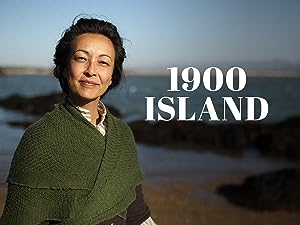 Season 1
(16)2019TV-14
On a majestic but deserted island off the coast of Anglesey, Wales, four modern families embrace the chance to live as a small fishing village would have done more than 100 years ago. Braving bad weather, rough seas, hunger, and hardship for four weeks, they also discover the joys of community, hard work, and a simpler lifestyle in this “engrossing” (Daily Mail) BBC docuseries.

Watch with Acorn TV
Start your subscription
Add to
Watchlist
By ordering or viewing, you agree to our Terms. Sold by Amazon.com Services LLC.
Write review

Kindle CustomerReviewed in the United States on February 13, 2020
5.0 out of 5 starsWonderful and Informative
This series both informed us about the fishing families of coastal Wales in the 1900s and about the changes that creeping industrialization brought to their lives and the lives of those like them - cobblers, iron mongers, carpenters, and so on. It was also an interesting, if very small, peek into social psychology. It did not surprise me that the purportedly most avant garde 'family' were basically glibertarians in pseudo hippie disguise.

It is a touching series. Most of the families bond together in a strong sense of community. Most of them worry about the couple with 7 kids who are not getting enough to eat. The elderly couple whose real life kids and grandkids are scattered are so overjoyed to have little children running into their house and outside all the time. The 'religious' family displays all that we ought to expect of self-proclaimed Christians: generosity, kindness, and absence of judgment. The largest family shows determination and perseverance.

There is some artificiality in the series. The oldest couple are presumed to have built up possessions; the largest family is put into the smallest house; the glibertarians are given the most initial wealth. The departure of the latter couple 2 or 3 days before the whole enterprise is to end, as symbolizing the effects of industrialization, is clearly fake. The embrace of a ship-jumping Spaniard of Ugandan descent by the whole village is difficult to swallow. Still, the series does put the central families to the test, and their emotions on leaving are genuine.

And, of course, the location is gorgeous.

Verified Amazon CustomerReviewed in the United States on May 27, 2021
1.0 out of 5 starsTotally False and Not Historical
So I love historically accurate shows. This is NOT ONE of them. After only 30 minutes in I had to just Stop watching this because it was that upsetting and annoying. Many of these go back in time shows, require the participants to adhere to life as it was during the time period, in this case 1900. Well you will NOT find any of that going on in this show. Just modern day people dressed up acting like they are from the UK today. Very disappointing. To make matters worse they had two families who brought very young children aged 2. Sorry, but if you want to get famous on TV that is fine, but do not take your kids and make them go hungry to do it!!! Do they NOT have any brains? Of course this was bound to happen. I thought this was way beyond what should have been allowed for a ridiculous TV show. How many ways do I count what is WRONG with this show! Many many MORE! I found it to be Offensive on many fronts. If I could give this a 0, I would have. Living in the US, I enjoy BritBox for the only entertainment value and no agenda pushing, however this just got My back up. One man worked two jobs and his wife one and the others then all expected to take the fruits of his labors when they came up with nothing! Sorry, but that is NOT how it worked in 1900 or today! Living on the dole since the end of world war II has really destroyed their ability to know what it takes to live and survive and realize what is right and wrong. A real shame!
Report abuse

RoadRunnerReviewed in the United States on March 6, 2020
5.0 out of 5 starsVery Interesting
This was an interesting experiment. I really enjoyed this show. However, i feel there were a few things that weren't quite fair to the participants...for one thing, they each had a small garden plot which they really could not make use of, since they were only there for one month. Long term residents would have been using them. The serious lack of fish available is probably due to years of commercial over fishing, which would not have been the case in 1900. And, they had to follow the current day laws regulating size and amount. When they did catch fish, they seemed more interested in selling them for other meat, rather than keeping them to dry for the "lean" times.
I wonder if living in such close proximity would have created a more commune type village, where everything was shared, including some meals. I feel the chickens & eggs should have been shared by all, and maybe even they could have had a few goats for milk & cheese??? oh well. I thought it was funny that when they went there, they arrived bravely by boat, but when they left, they walked back to the nearby town...I hope these families got paid well for this interesting venture!!! Thank you
Report abuse

David BrownReviewed in the United States on May 19, 2021
5.0 out of 5 starsa peak into a lost age.
I really liked how the producers take you through the struggle. I didn't understand though how it appeared the men only went to fish once a week. In reality they would've gone early, every day, all day. I didn't understand why the children never went to collect the shell fish with the women. Especially the eldest. I know too the scenes are cut out of order as earlier on the one woman taught the girls to sew, but you don't see that until the final episode. And the issue of charity, the one family says they don't give charity that way, but that was not a 1900 mindset of a tight knit small community-it is a very modern mindset. if you didn't have anything to give for sure, but you would not have been well regraded if you were uncharitable. So there are still some modern ideologies present and allowed to be held. Sad that the numbers of fish are so depleted that it couldn't be an authentic experience. Sad that industrialization destroyed so many communities and lives. Progress only seems to benefit the wealthy.
Report abuse

Scotspiration™Reviewed in the United States on March 22, 2020
5.0 out of 5 starsWhere are the fish, Charles?
It concerns me greatly that the people of Wales have no fish. This is absolutely wrong. Cannot imagine why the Windsors, who crank out endless videos showcasing how wonderful their family is to the public, are allowing massive fishing vessels to scour fish from the islands' coastal communities. Chuckie Windsor sure invests much of the peoples' tax dollars saving hundreds of castle ruins and restoring old homes. Should there ever be land disaster, island people have nothing to eat. They should be permitted to farm native species at the coastline to restore each to abundance for future generations - and should begin doing so, today - right now. I hope islanders begin vigorously protesting massive fishing trawlers to safeguard their inalienable right to access and protect seashore marine life.
One person found this helpful
Report abuse

Teri L. McKayReviewed in the United States on June 4, 2020
3.0 out of 5 starsOK for the adults...
I just started on this & probably won't watch any more. For adults to make a choice to live in this rustic fashion is one thing, but for parents to bring along their small children is irresponsible. Is a toddler going to benefit from the experience of going hungry when the food runs low, as children in 1900 had to do? Is it a unique history lesson for a 2-year-old, or is it child abuse for entertainment purposes? Really disturbing.
One person found this helpful
Report abuse

katieReviewed in the United States on February 22, 2020
5.0 out of 5 starsbeautiful setting
The scenery and homes are beautiful. It was nice to see the positive changes in the 15 and 12 year old girls, and how well all of the kids adapted. I wish they had stayed longer, and I think most of them would have liked that, too.
I think it brought families closer and enriched relationships. I hope they all realize how blessed they are to have been able to do this.
One person found this helpful
Report abuse

LukeReviewed in the United States on February 16, 2020
5.0 out of 5 starsFascinating and gripping!
This was a wonderful series. The setting is beautiful and amazing, and the families involved were all very likable and different. I found myself bonding with each family as I watched them bond with each other. It was definitely a realistic look into the harsh lives of a 1900s fishing village off the coast of Wales. I found myself empathizing with them over the difficult challenges and wondering if I could have handled it as well. As hard as it was for them, most of them did not want to leave at the end of their time there. This is a series that I will watch this over and over again.
Well done BBC!
One person found this helpful
Report abuse
See all reviews
Back to top
Get to Know Us
Make Money with Us
Amazon Payment Products
Let Us Help You
EnglishChoose a language for shopping. United StatesChoose a country/region for shopping.
© 1996-2021, Amazon.com, Inc. or its affiliates