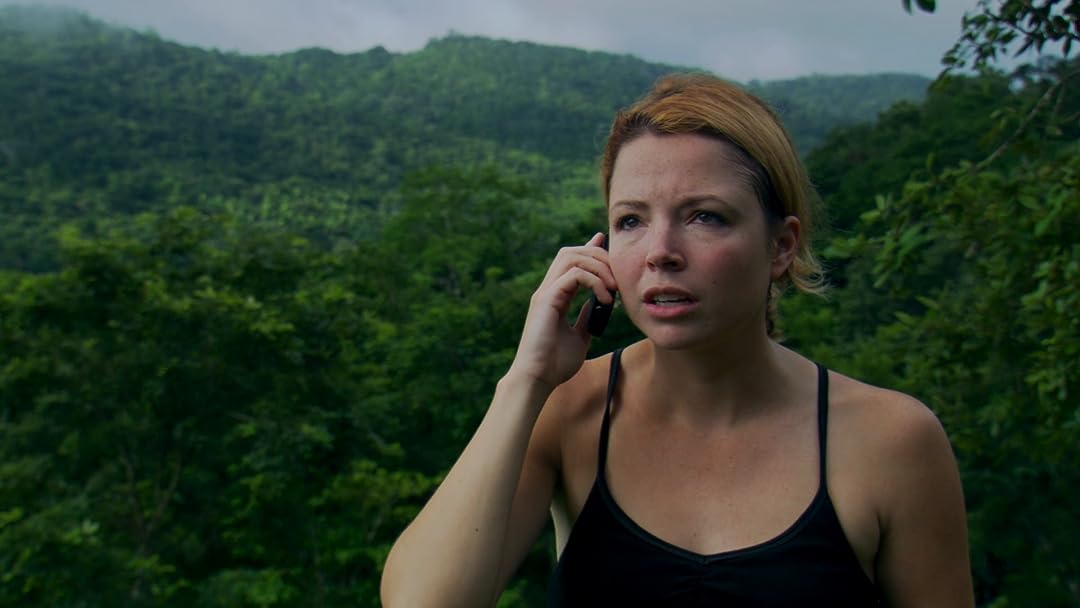 Cassandra MorrisonReviewed in the United States on October 30, 2018
1.0 out of 5 stars
Well, it was Free on Prime
Verified purchase
That's about all one can say for it. The main thing wrong with faith-based productions is that they of necessity involve the writer's interpretation of whatever faith (in this case Judeo-Christian) that they are peddling in their entertainment. But doing this leads to mixing up a lot of human traditions, myths, and downright errors. Dale Midkiff (formerly of good movies like Pet Semetary) spends a fair amount of time insisting they have to get their golden Christian Cross to Chichen-Itza. Nonsense. In the first place there are four temples at Chichen-Itza and he doesn't actually specify which one (at least not until after we've already arrived) and, of course, it is the largest. The Temple of Kukulkan---usually simply called "The Castle" because it is the largest and everybody knows it.
Add to this the legend that a bearded white man with supernatural powers named Kukulkan supposedly BUILT the thing and add to that the speculation by some Religious writers that this Kukulkan was really the Post-Resurrection Christ appearing to the Mayans to give them the good word because He said "Other Sheep I have which are not of this fold" to His disciples and because the Mayans are supposed to have been the lost tribes of the Israelites (or at least one or two of them) and a fun theory gets bandied about by all and some even begin to passionately BELIEVE all this even though there is no evidence for it.

The temple was built between 800 and 900 CE. Long before the Great Mayan vanished due to Climate Change (around the 10th Century CE and even longer before the lesser remnants of the Mayan people first encountered the Spanish *early 16th Century CE) so no Roman Catholic influence. Which in those days meant no CHRISTIAN influence. Did the Mayans reverence the cross as a sacred symbol? Yes. But not for the reason Christians do. ALL ancient peoples reverenced the cross, Notably because it represents the 4 directions, up, down, right, left. And the 4 compass points, North South, East, West. Also the four elements, Fire. Air, Earth. and Water.
One can go on with this.
But it does not have anything to do with any particular temple and there is no "temple cross" that does.
As for the Long Count Calendar. The Mayans didn't invent that. It was around long before their culture and empire arose. And every time it ended (which it had several times already) the Meso-Americans, and later "The Mayans" threw a grand party and started a new Long Count Calendar.

But if you don't mind the kind of goofy thinking that is essential to the plot of this thing then go ahead and watch it.
Hey! Dale Midkiff is in it!

Kim43Reviewed in the United States on March 29, 2019
1.0 out of 5 stars
Wish I'd read the reviews before watching!
Verified purchase
What a crock! I'm a 75 yo PK (pastor's kid) who's been a Christian in the true Biblical sense of the term for almost 70 years. I don't know what "faith" was supposedly represented in this film, but it has little to do with my faith! They had their "facts" so contorted that they bear little resemblance to the true facts as presented in Scripture. If you want to find out what scripture REALLY has to say about the end times, pick up a modern day English translation of the Bible, like "The Message", or one of Dr. Tim LaHaye's books on end times prophecy & get your eyes opened to the truth! As a quick example of where they erred, the Mayan religion was truly horrible & involved human sacrifice - it was as far removed from Christianity as it could possibly be! Add to that the fact that they worshiped many gods, not the one true God, and you end up with Christianity vs Satanism. Faith Films...what are you doing making a movie like this???
One person found this helpful

angReviewed in the United States on June 24, 2019
1.0 out of 5 stars
I don't ever remember rolling my eyes at a movie until I seen this one
Verified purchase
For starters the background music is so loud it's hard to hear what the actors are saying. 2 - the organization is bad - meaning you have no idea why they are doing what their doing. 3 - they switch scenes quite frequently. One moment they are in Mexico, about a minute later they are somewhere else. This goes on for over 30 minutes (I stopped paying attention so I could write this review) 4 - This movie is not even close to being biblical. Yes I realize this movie came out in 2008, but even if I'd had seen it then, I'd still say the same thing. I understand this is just a movie, but if you're going to bring God into it, make sure it's accurate. There is a website, not sure of the address, but it explains why the world didn't end in 2012. The heading is: Beyond 2012: Why the world didn't end.

NicoleReviewed in the United States on January 29, 2019
1.0 out of 5 stars
It's not Christian
Verified purchase
I'm not sure what it was, but it's not Christian. Just having a cross does not a Christian movie make. Neither does counting down to "doomsday" or the few phony thingy they did. It's not even one of the major fake christian movements like mormons.
I mean, the "rapture" happened, but only some believer went (not the missionary or pregnant virgin) then the world "reset" and everything was new... But just a new virgin birth, in a Mayan pyramid. Not sure why anyone would think that is Christian. Except that many people have no idea what Christianity actually is.

D. StrnadReviewed in the United States on January 25, 2019
1.0 out of 5 stars
Awful
Verified purchase
I’m a fan of disaster movies and I admit, much to my husband’s distress, I’m easy to please and have happily went along with some truly awful movies. This one, however, helped me discover my own admittedly low bar. Horrible, horrible dialogue. Horrible, horrible bad music that was too loud the entire movie. Horrible acting. The plot and the science behind it felt like it had been written by an 8 year old. I rarely write reviews but I felt an obligation to attempt to spare future viewers two hours of pain. You have been warned.
6 people found this helpful

cybershopper46Reviewed in the United States on December 27, 2018
1.0 out of 5 stars
Really lame
Verified purchase
Christian movie makers should stick to their genre; this was an attempt to blend it in with science and disaster movies. A disastrous attempt. Screen play, direction, acting were all at subpar C movie level. Pathetic fail at trying to keep concurrent stories moving at the same time.
Stop wasting old widows money on such time wastes. I am sure some natives in Africa, who have no clue, might enjoy this.
4 people found this helpful

Annie DavenportReviewed in the United States on July 27, 2019
1.0 out of 5 stars
Wish I could leave a -10! Bad, bad, bad, bad, bad! Go play with your kids instead!
Verified purchase
Did I say bad? Let's see...terrible, awful, horrible, oh, I know...torture! The 'music' is so loud, I had to use the captioning because hearing the script over the thump and bang of the 'music' drown out any human voice!

Writers, if you're going to base a movie on Scripture, try actually *knowing* Scripture! From a Biblical standpoint, this movie makes absolutely no sense! The 'end of the world' depicted in this movie is NOT the Biblical description.

The acting was torturous, the music way overbearing, the script, well, I'm at a loss for description. Juvenile fits, I think.

JohnGauntReviewed in the United States on August 15, 2011
3.0 out of 5 stars
One Good Movie, One Bad Movie
Verified purchase
"2012: Doomsday" and "The Apocalypse" are on this double-sided DVD. They portray two different interpretations of Christianity, one Calvinistic and one more free-will.

"2012: Doomsday" is all predestined and predetermined, so the movie is a road trip movie that concludes at a Mayan pyramid. Little suspense or surprises exist; the characters have no free will and are not believable or compelling. The dialogue is preachy and impossibly frustrating to hear. And the ending of the movie contradicts everything that happened before, which undermines the literal interpretation of the book of Revelations has been hammered home for 90 minutes. Two stars maximum, possibly only one star because nothing happens.

The version of the DVD that I purchased contains the digital version of both movies, which is a great bonus.

If you buy this double-feature DVD, buy it for "The Apocalypse".
3 people found this helpful
See all reviews
Back to top
Get to Know Us
Make Money with Us
Amazon Payment Products
Let Us Help You
EnglishChoose a language for shopping. United StatesChoose a country/region for shopping.
© 1996-2021, Amazon.com, Inc. or its affiliates