2095 #5 (Time Warp Trio) and millions of other books are available for Amazon Kindle. Learn more
Share <Embed>
Have one to sell?
Sell on Amazon 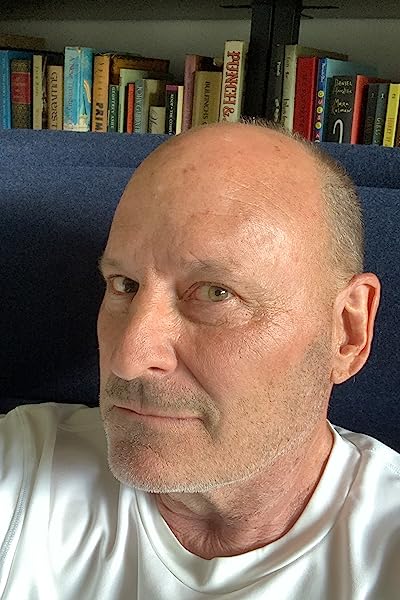 by Jon Scieszka (Author)
4.6 out of 5 stars 40 ratings
Book 5 of 13: Time Warp Trio
See all formats and editions
Sorry, there was a problem loading this page. Try again.

FOR USE IN SCHOOLS AND LIBRARIES ONLY. Three friends, Sam, Joe, and Fred travel through time having action-packed, outlandish adventures. The snappy dialogue and classic ""boy"" humor in this series of chapter books will engage the most reluctant readers.
Read more
Previous page
Next page

Gr. 3^-5. The Time Warp Trio is back--to the future, this time, as Joe, Fred, and Sam travel to the year 2095, again courtesy of Uncle Joe's magic book. Launching their trip from the 1920s room in the Natural History Museum, the boys arrive in the future's museum, where they see the 1990s showcased in an exhibit of the past. Such ironies of time travel abound as the three encounter their great-grandchildren, who rightly strive to return their ancestors to the past. Scieszka writes with a kid's perspective at all times, blending a warp-speed pace with humor that ranges from brainy riddles to low brow upchuck jokes. Although the plot is a bit thin and meandering, readers will find sufficient distraction in the robots and levitation footwear of the future. Smith targets the audience equally well with black pencil illustrations brimming with zany, adolescent hyperbole. Julie Yates Walton --This text refers to an out of print or unavailable edition of this title.

Multiple award-winning author Jon Scieszka grew up in Flint, Michigan, the second oldest and the nicest of six boys. Jon went to school at Culver Military Academy in Indiana where he was a Lieutenant; Albion College in Michigan where he studied to be a doctor; and Columbia University in New York, where he received an M.F.A. in fiction. He taught elementary school in New York for ten years in a variety of positions. He is the author of many books for children including the New York Times Best Illustrated Book The Stinky Cheese Man and Other Fairly Stupid Tales (illustrated by Lane Smith), the Caldecott Honor book The True Story of the Three Little Pigs (illustrated by Lane Smith), and Math Curse (illustrated by Lane Smith).  In addition to his work as an author, Jon also runs a web-based literacy program called “Guys Read” that is designed to encourage boys, particularly reluctant readers, to get involved with books. In 2008, Jon was named the country’s first National Ambassador for Young People’s Literature, a joint effort of the Library of Congress and the Children’s Book Council. During his two-year role as Ambassador, he acted as a spokesperson for children’s literature, speaking to groups of parents, teachers, and children to encourage the importance of reading. You can visit Jon online at www.jsworldwide.com. --This text refers to an out of print or unavailable edition of this title.

"[The Time Warp Trio's] tongue-in-cheek humor, laced with understatement and wordplay, makes for laugh-out-loud reading." --This text refers to an out of print or unavailable edition of this title.
Read more
Start reading 2095 #5 (Time Warp Trio) on your Kindle in under a minute.

Jon Scieszka is the author of all of those books over next to his picture.

He has been writing books for so long (since 1989) that he doesn't even know how many are over there. But he's sold bazillions. The books have won a mess of awards. And he is having the best time writing more more more.

He is also the founder of Guys Read, a literacy initiative for boys. He is the first US National Ambassador for Young People's Literature. And he is still the nicest of six Scieszka boys.

No one knows exactly where he lives.

JuJu for Tru
5.0 out of 5 stars Good books for boys ever!
Reviewed in the United States on March 8, 2015
Verified Purchase
Don't know where this series of book been when I was raising my son but I super glad I found them for my 7 years old grandson. He loves this series especially this one, 2095. He love the fact that the boys go Into the future and runs Into automated robots with lasers. I love the fact that now I have no trouble getting him to get ready for bedtime. All I have to say I'll read him a Time Warp Trio book.
Read more
Helpful
Report abuse

mom_in_Austin
5.0 out of 5 stars It's a humorous book about the past and the future
Reviewed in the United States on November 4, 2006
Verified Purchase
I purchased this book for my 3rd grade son to read and he loved it. Here's what he thought of the book in his own words: "It is a cool book. It is funny,adventurous and exciting!"
Read more
Helpful
Report abuse

Amazon Customer
5.0 out of 5 stars More than a good book
Reviewed in the United States on October 21, 2019
Verified Purchase
It was amazing! It gave thrills. It gave chills. It gave me a good laugh! I can’t wait to read the next book.
Read more
Helpful
Report abuse

MotherOfTwo
5.0 out of 5 stars Time Warp Trio
Reviewed in the United States on August 15, 2015
Verified Purchase
The book was fantastic. And I liked the part where they are chased by the girls. It was very interesting!
Read more
Helpful
Report abuse

professional reviewer
5.0 out of 5 stars go future
Reviewed in the United States on January 4, 2014
Verified Purchase
This book is like so awesome!! The whole series is my favorite! You need to read this book and give it to your children. Please enjoy!!!!!!!!=]
Read more
Helpful
Report abuse

awesome
5.0 out of 5 stars Awesome
Reviewed in the United States on September 20, 2013
Verified Purchase
I love these books there so cool make more there truly the best!!!! My opinion you should definitely get this book!!
Read more
Helpful
Report abuse
See all reviews

Hayden
4.0 out of 5 stars it was pretty good
Reviewed in Canada on February 23, 2015
Verified Purchase
I liked the way that they always go on adventures from the magical book called "The Book"
I would recommend it to many early magicians or to young readers because it is just the right size for them
Read more
Report abuse
See all reviews