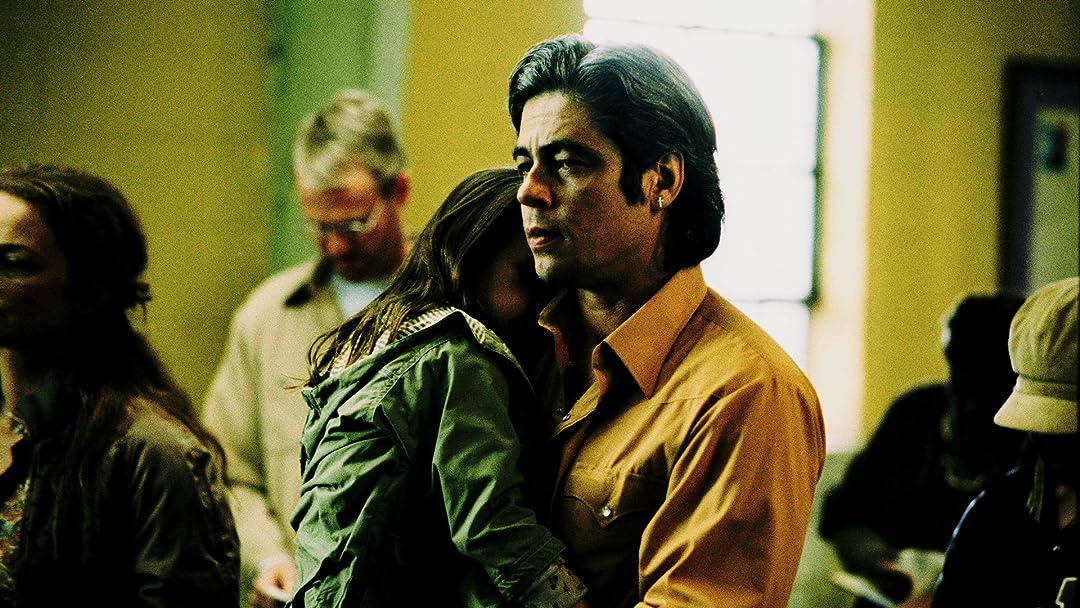 (992)
7.62 h 5 min2004X-RayR
A freak accident brings together a critically ill mathematician, a grieving mother and a born-again ex-con, whose lives collide in a riveting confrontation. Directed by Alejandro Inarritu ('The Revenant,' 'Birdman').

L. BurgettReviewed in the United States on March 19, 2019
5.0 out of 5 stars
Speechless
Verified purchase
I don't even know how to begin. Of course, you must KNOW that any film with Benicio del Toro, Naomi Watts, and Sean Penn is going to be good. But the subject matter in this film makes it absolutely necessary to have actors of this caliber play the part of these flawed yet very human characters. It also requires a director with more than just a passing understanding of human relationships.

This movie touched my heart in a way that I don't even fully understand. The story itself takes place in chunks of timelines, much like how you would remember a dream or an event in the distant past.

As I watched these narrative parts become whole, I understood that this movie shows life as it is, not as people imagine it to be. Which seems like it would be easy, but I imagine it's harder to depict reality than it is to elicit fantasy. When you gently but completely pull the curtain back on fantasy, you can more fully see the inner lives of the characters. And with the right story and the right actors, those inner lives are compelling enough to want to carefully keep track of each piece of the story as we come to see it, and to "bond" in a way with each character.

In the U.S., blockbuster films have conditioned the populace to think in terms of "good guys,' "bad guys," "beginning" and "end." This makes it so that many Americans have trouble navigating stories without those crutches to help them along. If you watch this film with a more nuanced, fully human appreciation of what it means to be a mortal being, you will be speechless at the end as well. And your heart will understand the story more than your head.

rotrohaReviewed in the United States on February 9, 2021
1.0 out of 5 stars
21 Grams was 21 too many
Verified purchase
It took me about 30 minutes to figure out what was going on in this movie and that it was random shots out of chronological order which was enormously annoying. Then, are we supposed to believe that Sean Penn's character was able to hire a private detective who easily found out who Penn's character's heart donor was, when we all know that medical information is kept top-secret and protected? I didn't get the ending at all. Why would Del Toro's character tell authorities that he shot Penn's character? That was never resolved and it didn't make any sense, either. And who was the father of Christina's baby? She told Penn's character that she hadn't talked to anyone for months, so it couldn't have been her dead husband's baby or she would have already known she was pregnant. Yet she and Penn's character had just started having a sexual relationship, so was it really possible for the medical personnel to know that she was pregnant only a day or two after she and Penn's character had sex for the first time? 21 Grams is just a horrible, horrible story that made no sense and was not enjoyable or entertaining in any way, shape or form.
6 people found this helpful

AliceReviewed in the United States on October 5, 2021
2.0 out of 5 stars
Huh?
Verified purchase
Several story lines that started out capturing my interest, but none seemed to go anywhere or had any apparent plot purpose. Bounced all around both from storyline to storyline AND in all kinds of mixed up time orders, but I could see no point for this. I had to work too hard mentally to try to keep track of what could possibly be going on, with no reward or answers at the end. Still don't understand the whole point of the title and what was going on with the one couple that looked like they were involved in a drug deal?? (LOL, maybe I am way off base.). Acting was good, some poignant moments, but left me completely confused regarding the plot and how it all was supposed to hang together.. Can't imagine WHAT the writer, directer were thinking. I don't need to be spoon fed plots, but this was over the top. I don't want to waste more time rewatching it to see all that I only hope was there that I missed.
5 people found this helpful

joel wingReviewed in the United States on March 28, 2021
4.0 out of 5 stars
A puzzle the audience has to figure out
Verified purchase
21 Grams was the second in director Alejandro Gonzalez Inarritu’s provocative trilogy of films that started with Amores Perros and ended with Babel. Like the latter there’s an ensemble cast (Naomi Watts, Sean Penn, Benicio del Toro, Charlotte Gainsburg) and interrelated stories going on at the same time. Watts is a drug addict trying to kick her habit. Penn is in the hospital on a breathing machine. Gainsburg is his wife and wants to have babies. Del Toro is a street minister. The movie is about how they got into these situations. The stories are confusing at first because they’re not told in order but Inarritu doesn’t tell the audience that. It’s like a puzzle you have to figure out.
4 people found this helpful

ty cookReviewed in the United States on February 17, 2021
2.0 out of 5 stars
nerve wrackingly dismal
Verified purchase
Not a good movie in my opinion. Between the blatant attempt at emotional manipulation and the disjointed way the story unfolds, it just wasn't worth it for me.
The movie goes from one short scene to another, starting somewhere close to the end and going back and forth through a fairly short period of time, to tell a story that is not as good as it attempts to be... It is an anxiety ridden mess, that is better left unwatched. It didn't change my view on anything, and it didn't dig all that deep into any of the subjects it tackled. Just not worth the time.
6 people found this helpful

Eric WarrenReviewed in the United States on December 7, 2017
4.0 out of 5 stars
Oh, what a tangled web we weave...
Verified purchase
...when first we practice to...live our lives? Extraordinary character study (deemed a "Thriller" on Amazon) from one of our very best living directors, Alejandro González Iñárritu. Great story, script and exceptional, I mean exceptional performances from a trio of actors who have won, or will win Oscars: Benicio Del Toro (as an ex-con trying to live a normal life), Naomi Watts (a housewife and mother) and Sean Penn (a college professor). BTW, is it me, or do Sean and Naomi make a truly great screen couple here, and in the very good Fair Game? Plot revolves around a series of fatal mistakes that ruin, or inexorably change the lives of the individuals, starting with a truly unfortunate accident. Due to the extreme asynchronous narrative structure, the viewer really doesn't know that until half way through. The point isn't really what happens, but how it impacts the characters. Also, filmed in Memphis and New Mexico, lovingly shot Great, great stuff.
4 people found this helpful

mojorayjonesReviewed in the United States on February 20, 2021
3.0 out of 5 stars
Weird cinematic color scheme, but intriguing , yet intriguing story
Verified purchase
I viewed this when it was released and thought it was average. A second viewing, in 2021, years later, I can appreciate the flawed characters and circumstances more. I can't have much empathy or sympathy for them, and there's some quite unrealistic scenes that just wouldn't fly in modern times. Heart transplant patients just can't do the things Sean Penn does in this movie, especially when even in the movie the transplant goes awray. But, the human drama aspect stays pretty true, people acting selfish and unrealistic no matter who they are. I'm an RN, and a person just wouldn't be thowing parties on their return home from a heart transplant, or banging chics he meets in hospital cafes, unbelievable on all levels. But, that said, The storyline is intriguing enough to make it worth a view.
See all reviews
Back to top
Get to Know Us
Make Money with Us
Amazon Payment Products
Let Us Help You
EnglishChoose a language for shopping. United StatesChoose a country/region for shopping.
© 1996-2022, Amazon.com, Inc. or its affiliates