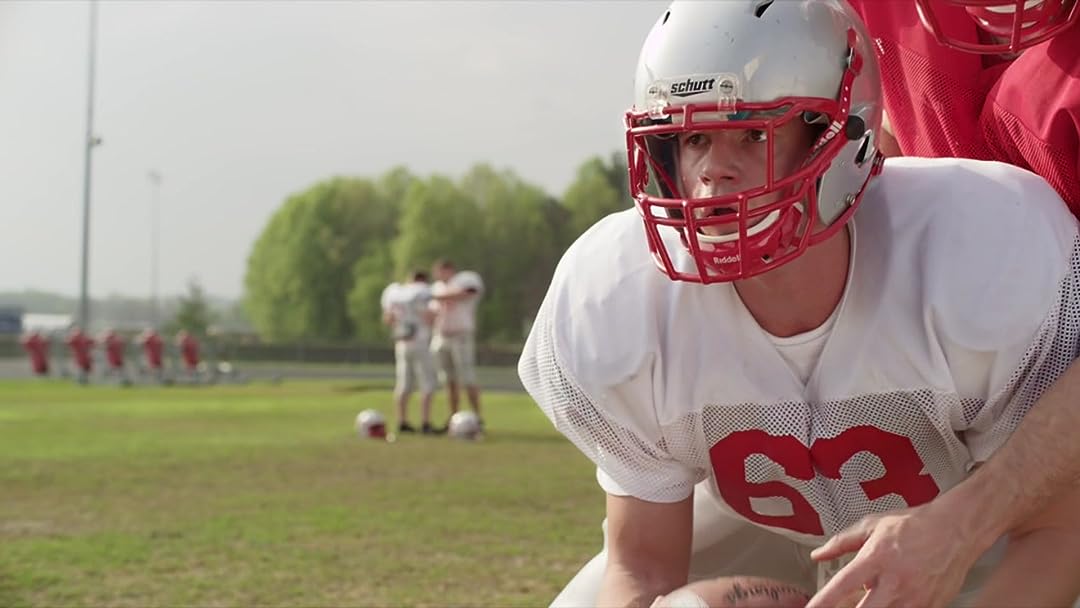 (811)
1 h 38 min2014X-RayPG-13
When a high school football star is suddenly stricken with irreversible total blindness, he must decide whether to live a safe handicapped life or bravely return to the life he once knew and the sport he still loves.

Aloha MarcReviewed in the United States on August 31, 2020
5.0 out of 5 stars
Some said "sleeper" - I say SUPPER!!! Based on a True Story, this offers true inspiration
Verified purchase
I can only imagine that the people who have written poor reviews to this movie are the ones who are only impressed with Hollywood CG (Fake) excitement, explosions, sex, violence and fluff. They are just sour that they didn't find any of that here.

The movie, like life, can be predictable in places... that's not a deal breaker. The story, humor, examples of real life challenges that are truly life changing all come together well. Open your mind, open your heart, grab some popcorn with the ones you love and enjoy the "feels".

Critical MassReviewed in the United States on May 3, 2015
5.0 out of 5 stars
IT WAS A BLAST!
Verified purchase
This movie proved to be a real "sleeper". Mark Hapka (Days of Our Lives, Ghost Whisperer, Deadly Revenge) gives a most credible performance as an aspiring professional football player who suddenly goes blind due to a serious and spreading nasal infection. His road to recovery might seem trite at first glance, but life and this film take an unexpected and interesting turn. Without giving anything away, this real life story has a double ending - and both are highly satisfying. For those who have ever seen the film EL CID starring Charlton Heston and Sophia Loren, the finale of 23BLAST is reminiscent in a distant way of the former. There are many paths to victory; and perseverance, combined with confidence, trust, and unorthodoxy proves to be one of them. Mark Hapka stars as Travis Freeman, a man whose true life experience is retold in 23BLAST. The second ending to this movie which I alluded to earlier deals with the spiritual side of TF, whereas the former highlights his physical one. However, they are not inseparable. Freeman's relationship with his boyhood friend and fellow football player, Jerry Baker, is poignant and important. The latter is a struggling addict when it comes to booze and drugs. And despite the best efforts of Freeman, Baker's behavior couldn't be modified and ultimately ends badly (not shown in the movie but told in the DVD's special features). Several of the actors do double duty which is commendable. Bram Hoover is both a co-writer with his mother as well as comporting himself well in the role of Jerry Baker. Dylan Baker (no relation to Jerry) is both the director of the film and plays the part of Freeman's father. A most worthwhile and rewarding viewing experience!
14 people found this helpful

SydneyReviewed in the United States on September 17, 2017
5.0 out of 5 stars
Uplifting, inspiring ... 5 stars
Verified purchase
It's been a while since I've seen a really good movie, especially one that isn't a huge blockbuster film promoted everywhere. It is well made, has a script that flows and characters you can connect with. I recommend this for teens and up. I didn't notice any foul language but their is teen drinking, and light romance (no love scenes, just a playful scene that turned a little intimate, might not be appropriate for younger ages --- when I was a kid I normally just closed my eyes when people kissed).
Back to the movie itself. This is based on a true story about a young man who loses his sight. He is a great football player and loves the game but everything seems thrown out the window when he goes blind. However, his coach sees potential.
The thing I like about this movie is that it doesn't waste time. It flows from scene to scene with an even pace, there aren't wasted cliche moments or typical teen drama; the issues are sincere and the actors portray their characters well. Even the guy who comes across a jerk at times you feel for him and his situation.
This a wonderful movie I think everyone (teen & up) should watch. It's uplifting, inspiring, and a good movie. It might even change someone's life. 5 Stars!

SixtusReviewed in the United States on August 30, 2015
5.0 out of 5 stars
Powerful
Verified purchase
This is a true story of a star football player who was able to come back to the field after an infection caused him irreversible blindness. It was a powerful and inspirational story of how a young man overcame adversity to persevere and make a successful life. Like anyone, he questioned his faith when something that is unfathomable to most of us happened to him- yet with the help of the right teacher he was able to make a positive and uplifting life for himself. People like Travis are an inspiration to all of us in the world that are struggling with our path. Great movie for a family or anyone just needing to see the power of something greater and something positive in life.
10 people found this helpful

GraceReviewed in the United States on February 29, 2020
5.0 out of 5 stars
Loved this movie !
Verified purchase
Such an amazing, inspiring, true story. With support from his family, friends, a counselor, pastor and his coach, a high school football player overcomes huge obstacles and accomplishes much in his life. Watch through the end to see photos and updates of the lead characters. Will watch this one again !
2 people found this helpful

Regina GraffReviewed in the United States on December 3, 2015
5.0 out of 5 stars
Amazing movie - great for all age ranges!
Verified purchase
Amazing movie - I was looking for a movie to play for family and friends over the holiday weekend that would keep both adults and kids as young as 9 years old interested - a movie that would be as interesting and hold the attention of both guys and gals - something that was a "feel good" movie without being too sappy... THIS was the perfect movie to fill my requests!! I can't say enough good things about this movie other than we had a very large, diverse group of family / friends watching and it was enjoyed and appreciated by all! The fact that it was based upon a true story just made it that much more wonderful as well!
8 people found this helpful

Valerie CumminsReviewed in the United States on July 10, 2017
5.0 out of 5 stars
Hardship doesn't mean giving up- BELIEVE
Verified purchase
This is a great movie for the family. The values of hard work, Faith & believing in ones self is a theme throughout the movie. The hardships this football team has endured would cause anyone to just give up however the coach made all the difference in the players. What they learned was a valuable life long lesson that they carried into their adult lives.
8 people found this helpful

Yvette D.Reviewed in the United States on April 24, 2020
5.0 out of 5 stars
Excellent Family Movie
Verified purchase
Knowing this movie is based on a true story makes it all the more enjoyable. Everything about it is excellent - acting, script, action, suspense, emotion, encouragement... it is a MUST SEE.
2 people found this helpful
See all reviews
Back to top
Get to Know Us
Make Money with Us
Amazon Payment Products
Let Us Help You
EnglishChoose a language for shopping. United StatesChoose a country/region for shopping.
© 1996-2022, Amazon.com, Inc. or its affiliates