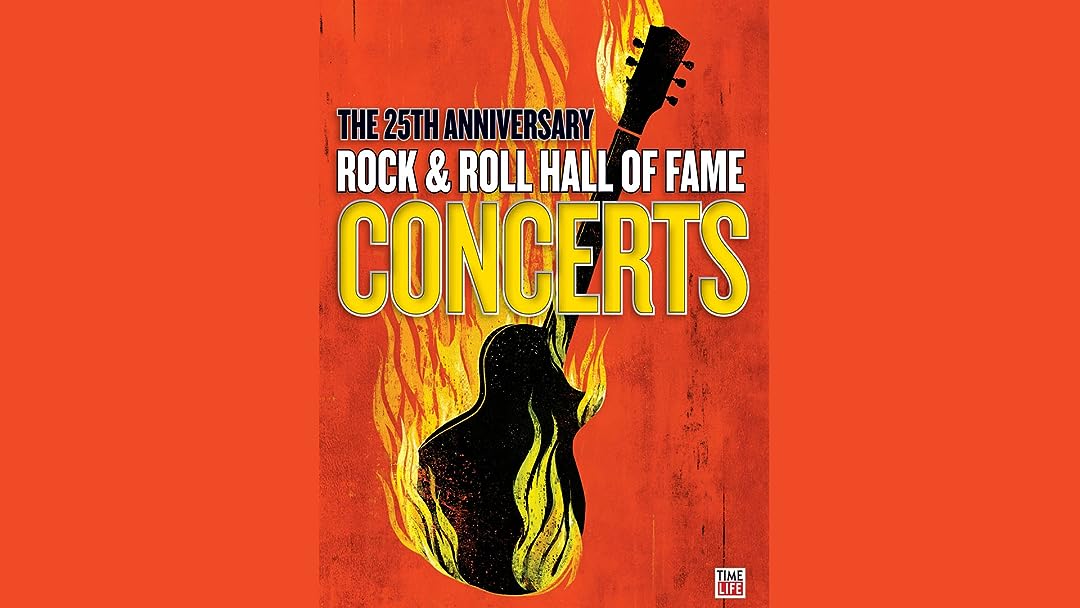 (334)
8.72 h 14 min20177+
A Once-In-A-Lifetime, Historic Rock Concert & Five Time Emmy-Nominated HBO Exclusive Special. On October 29th and 30th, 2009, rock 'n' roll royalty held court at Madison Square Garden for what have been called "the best concert ever," where "rock 'n' roll history was made." In celebration of the 25th Anniversary of the Rock And Roll Hall Of Fame, the concerts in NYC featured a who's who of rock.

Rena SherwoodReviewed in the United States on September 28, 2019
2.0 out of 5 stars
This is NOT the entire concert
Verified purchase
This is a review of the concert video seen here on Amazon Prime. My big beef is that this is only part of the concert. If you're looking for Jackson Browne, Annie Lennox, Lou Reed, Aretha Franklin and many more, look elsewhere. Perhaps they are all on the DVD? I'm disappointed.
15 people found this helpful

G. PeckReviewed in the United States on September 29, 2018
5.0 out of 5 stars
Apparently, all "bugs" have been fixed!
Verified purchase
After reading some of the negative reviews for this Blu-ray I was hesitant to purchase it. I am so glad I did because this concert is amazing and everything other reviewers complained about has apparently been fixed. Sound quality is excellent 5.1 DTS-HD, not Dolby Digital as stated on the case. Video is 1080i and looks great. Fortunately, this is not one of those videos that changes angles every 2 seconds and sends the viewer into an epileptic seizure. I loved every performance, especially seeing Simon & Garfunkel on stage again!

Many reviewers complained about slow loading, cumbersome menus. The menus on my discs loaded right away and there were no issues.

There were also numerous complaints about the sound cutting out on disc 1. I watched the entire disc, including extras, and had no issues with the 5.1 track. The discs also contain a 2.0 track so I don't know if any issues exist with that one. I should also note that I have a receiver capable of decoding the 5.1 DTS-HD sound.

One reviewer complained that the scene where Stevie Wonder breaks down with emotion during his Michael Jackson tribute was edited out. That scene is fully included on the Blu-ray set I received.

My only minor complaint is that I know when this Blu-ray was first released, a booklet was included. There was no booklet with mine even though I bought it new and factory sealed.

Amazon CustomerReviewed in the United States on March 20, 2020
5.0 out of 5 stars
This is Rock and Roll
Verified purchase
A pretty good show, especially if you are a fan of some (or all) of the performers. Some standouts for me were CS&N, Simon & Garfunkel, BB King, Fergie, and Sam Moore. Mick Jagger was, of course, the great Mick Jagger. But I think I was most impressed with Bruce Springsteen. I've never been a huge fan but I can see why people love him. Not just the singing and performing, but his humility and that he seems to genuinely be having fun! So many of the performers seemed overly wrapped up in themselves, unable to acknowledge anyone else. To me, the greater performer is one who can point the spotlight elsewhere and lift up someone else. Bravo to the legends who can appreciate others and not take themselves too seriously despite their fame.
2 people found this helpful

JoyceReviewed in the United States on November 9, 2020
5.0 out of 5 stars
partial concert, but still great
Verified purchase
Someone took the original video (4 hours) and removed half the content. Even so, much of what remains is terrific.

* Simon & Garfunkel were terrific, the best performance I've ever seen them give.

* Metallica: I am not a fan of heavy metal (just noise to me), but Metallica's performance here was also great.

* U2 also performed very well, including a great segment with Patti Smith and Mick Jagger.

All 3 band frontmen in this show (Springsteen, Bono, Hetfield) were dynamic, charismatic, commanding, and in total control of their craft. If for no other reason, this video is worth watching for their performances.

CatRoxReviewed in the United States on July 21, 2013
5.0 out of 5 stars
Something for every fan of rock
Verified purchase
I first saw this on Netflix and when it was no longer available there I came here in search of it.
There are so many artists that I can't name them all but let me say there's something here for fans of just about every genre of rock.
From roots to metal to straight forward rock this covers the bases well.
Check out Bonnie Raitt & Jeff Beck & CSN & Metallica & Springsteen & Billy Joel & Paul Simon & John Fogerty and many more.
The best surprise for me was all the extras on the Blu-ray that weren't included on Netflix, including several more live performances.
I also have to say that to me it's obvious someone with live music mixing experience mixed the audio.
Let me 'splain...when someone who doesn't have that experience mixes a live music event, you can tell because whoever the camera is on at the moment is the LOUDEST in the mix. For this you hear a true live mix...even if the cam isn't on a certain person you hear whoever is taking lead at the time.
And my hubby who is an audio engineer/musician will probably smack me for saying that Tom Morello's guitar solo on Springsteen's "Tom Joad" brought him to tears.
If you're a rock fan...get this.
Small disclaimer: we watch this on a home theater system with 5.1 audio and upscaling Blu-ray player. Worth it!
9 people found this helpful

dmmReviewed in the United States on April 23, 2019
5.0 out of 5 stars
Pure rock and roll - heart and soul
Verified purchase
I zoomed through Metallica. Just not my thing. But every other minute was a a testimonial to the power song, guitar, and back beat. BTW, the female bass player for Jeff Beck was amazing.
2 people found this helpful

Bob F.Reviewed in the United States on January 17, 2014
5.0 out of 5 stars
A must for fans of Rock and Roll!
Verified purchase
Some great reunions such as :Simon and Garfunkle, Crosby, Stills and Nash plus others. Each featured artist also invited guests to play with them. So there are many combinations never seen before and never to heard again.

Personal favorites; U2 - Gimme Shelter, The Boss + U2, Simon and Garfunkle, some of the older rock pioneers. A special favorite is the closing song of Jackie Wilson's (your love keeps lifting me) Higher and Higher starting with Springsteen and adding so many other singers that it became difficult to see them all. The DVD has the complete version, which is rousing. HBO used a condensed version during closing credits.

If you like Rock and Roll and value its history, then you'll love this DVD,
One person found this helpful