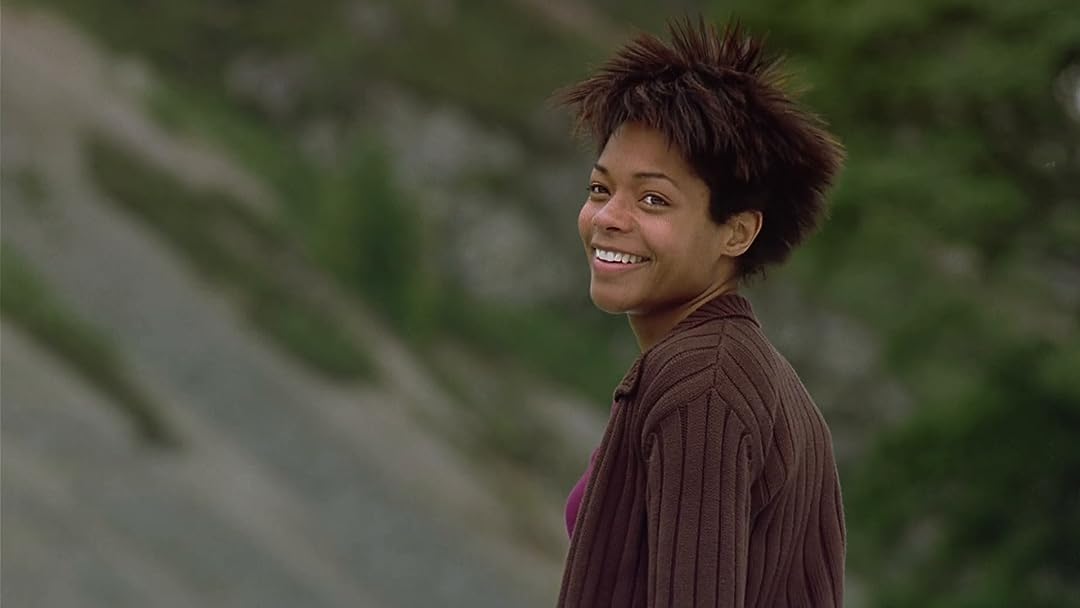 (5,642)
7.61 h 57 min2003X-RayR
HD. A deadly virus transforms humans into bloodthirsty, rage-filled zombies that leave a handful of survivors on the run for their lives.

Bekim PerolliReviewed in the United States on March 12, 2020
1.0 out of 5 stars
Blu-ray review only (not a content review)
Verified purchase
The blu-ray version of this movie seems poor and low-def, even given that this movie came out some 20 years ago. However, after buying the Widescreen DVD version to compare it to, I can say that it is more likely that the original movie was mostly shot in low-def. Certain scenes in the rain (more towards end of film) are higher resolution, but it appears no good version of this exists in terms of modern standards. Which is to say: why was this transferred to blu-ray at all? There's definitely no improvement from the DVD version, and it may even look slightly worse. In other words, it's not always prudent to buy blu-ray versions.

The movie itself, of course, is exceptional. Highly underrated film with amazing atmosphere and top-notch performances.

fatdogtavernReviewed in the United States on October 3, 2018
1.0 out of 5 stars
Worst. Zombie. Movie. Ever.
Verified purchase
I can't believe that I paid $13.99 for this to stream thru Amazon. I LOVE zombie movies and have probably seen 30 or more of them. This was by far the most boring & predictable zombie flick it's ever been my misfortune to see. Don't let the tagline "The scariest movie since the Exorcist" grab you like it got me. It's literally a 2 hour movie with less than 10 minutes of zombies in it. The rest is just the story of how the survivors make it through the post apocalyptic world. I want my money back!!
35 people found this helpful

Dayna A. SafranekReviewed in the United States on November 10, 2019
5.0 out of 5 stars
Excellent movie!!!
Verified purchase
Excellent movie. I first saw bits and pieces of this movie in almost 100% in its 2 showings in a row without sound on a flight without headphones and I was hooked!!!! I had to hear it and see it and I was not disappointed to add it to my collection! Fantastic movie! I don’t usually go for movie’s about this subject, but this movie was so well done that I was sold.
25 people found this helpful

joel wingReviewed in the United States on November 3, 2020
4.0 out of 5 stars
Great variation on the zombie genre
Verified purchase
28 Days Later was Danny Boyle’s take on the zombie film. This time an infection called Rage is released upon the world leading to extreme violence amongst the population. Jim (Cillian Murphy) wakes up from an operation to find the world infected. He meets Selena (Naomie Harris) and together they try to survive the apocalypse. The landscape starts off as what looks like an abandoned London. There’s the loneliness of the main characters as Jim and Selena might be the only people left. It’s also a harsh world where people will immediately turn upon each other if they think they are infected.

The movie has many great moments. There are the infected jumping through windows and chasing Jim and Selena. There’s the duo meeting up with a family which offers hope that maybe there are some other people out there. There’s also the harsh reality that survivors may have their own plans on how to survive which don’t fit Jim and Selena’s.

Boyle did a great job creating his world. Usually in zombie films you have a whole city filled with the undead. Here he chose to show a London that looked completely empty. You actually had to look for the infected to show up and then they came in waves. This was another change. The infected ran as fast as they could, a big change from the usual slow walking zombies which can easily be outrun. The dog eat dog world was also new. Instead of the apocalypse bringing together the few survivors it made everyone only think about themselves.

MarkReviewed in the United States on November 12, 2020
2.0 out of 5 stars
Stereotypes and low-hanging fruit
Verified purchase
Best zombie movie ever? Scariest since 'The Exorcist?' Ha! Now I'm in on the joke. After all the hype over this movie, I sat through the entire thing with my mouth agape, not because I was enthralled or horrified, but because I was downright stunned at how predictable and pedestrian it is. If you've seen even a small handful of zombie movies over the course of your lifetime, then you've seen this one, as well. There is nothing new here; nothing novel or unique. What you have are stereotypes all over the place and plot developments made mainly out of low-hanging fruit. There are some fun moments, I will grant you, but they're few and far between and they're mostly of the eye-rolling variety. See a mild mannered bicycle courier turn into Rambo because he's in love or something! See hordes of the snarling undead attacking wildly from all directions, yet ultimately ravaging only the bad guys because the heroes are draped in sturdy, protective plot armor! See a horror movie enthusiast fling his remote in disgust as the final credits roll! Hey, I have nothing against legions of people who swear by this movie. Different strokes for different folks and all that. But to mention this movie in the same sentence as "The Exorcist" is some kind of abomination. It's more of a cross between The Walking Dead and an episode of MASH — one of the lame ones, with Charles instead of Trapper.
8 people found this helpful

Miss_NocturnaReviewed in the United States on January 16, 2020
1.0 out of 5 stars
Unwatchable
Verified purchase
I really, really want to watch this movie but it’s just annoyingly impossible with the video quality. I’ve been on a Cillian Murphy kick for weeks now (thank you Peaky Blinders) and would love to see more of his work but this digital copy, which is included with my Starz subscription, is unwatchable. Pull out one of your old VHS tapes from the closet, wipe the dust off of it and stick it in a VCR and the quality will actually be better than this.

If Amazon/Starz would upload an actual watchable quality movie I’d love to see it and give my rating on the actual plotline, acting, etc. and not just the poor video quality.
11 people found this helpful

Jefferson LamReviewed in the United States on June 24, 2016
5.0 out of 5 stars
Great movie, but be aware that it's low res!
Verified purchase
Note: this movie contains low resolution scenes! This means that if you're watching it in HD or on Blu-Ray or some other format, no matter how high of a resolution you watch it in, there will be scenes where everything looks terrible and pixelated, most notably the opening scenes.

I rented this movie in HD, started watching it, and was immediately confused by its pixelated quality. After doing some research, I found out that the movie creators deliberately shot some scenes in relatively low-res Canon XL-1 camcorders for logistical reasons. I don't know if the entire movie is low-res (supposedly the last portion of the movie is high res), but be aware that much of the movie is purposefully low-res.

That said, I absolutely loved this movie. I was expecting some sort of typical zombie movie, and instead what I got was a beautifully expressive and creative look at being human.
37 people found this helpful

KtReviewed in the United States on July 31, 2021
5.0 out of 5 stars
Very entertaining - I loved it.
Verified purchase
It's pretty incredible how in just 28 days, society can degrade so much that hundreds of years of progress with our treatment of women is completely lost. I feel this can easily happen in any sort of survivor scenario. It's downright terrifying and makes you thankful for the pillar of society which we have built and rely on.

To those who are saying this movie was predictable and boring: I respectfully disagree. The plot could have gone many ways. The pacing and action were on point, with the right amount of relaxing and action packed scenes interlaced. It kept you engaged the entire way through - waiting to see what would happen next. Yes it was more of a 'good conquers' plot. But this doesn't mean predictable. To be honest it made the movie more enjoyable with a bit of redemption.

Another review complained about them not knowing that this base was going to basically be a rape situation. There was no way they could know this would happen. They first arrived with high hopes. Then with the death, they were a bit shell shocked. I'm sure they were just hopeful they could have a safe place to stay. They had not encountered that many live people before. And all the other people they met were helpful and generally kind. I don't see how they could expect to know how these soldiers would treat them. There could have been a bigger group of people waiting who were not all soldiers. And even if not, it makes sense that they might initially think it's better to be in a military base than out on their own.

And the part where they are trying to get rescued again after the deal with the officers: Another review said they were stupid or unbelievable to look to be rescued. No it isn't stupid. Because there are people who are in airplanes. They likely are part of civilized society outside of that place. And one can't blame them for hoping there is more to life than "just surviving, alone in this wasteland with just 3 human beings for the rest of their lives." So of course they would try to find a better sort of life.

I felt the characters were very believable and convincing. The most unbelievable part to me was when our MC was able to take down all of those officers, and they were all able to evade the zombies when these trained men couldn't. I mean, this was just some guy who had no military experience. He hadn't even really had to survive that long in the apocalypse. He didn't seem like he should be particularly skilled. Yet he became a sort of mini super ninja for a bit. I mean it wasn't completely out of the realm of possibility.. But it was a bit far fetched. I still was glad the way it went though. the redemption was sweet.

Yes the Walking Dead series, which came much later, had some better scenarios (in the early seasons.) Though this movie was older than that.

I do not agree with the nay sayers here. I think must have been spoiled lately, only watching the greatest of movies, and forgot how there are so many truly awful movies out there. This one was a breath of fresh air compared to all of the sub-par, badly written movies, which make up most of what's out there. This movie was engaging, immersive, and had a great deal of world and plot integrity.

The acting was great too, as well as the casting. Great flick. I'd say the sequel 28 Weeks Later is even better.
See all reviews
Back to top
Get to Know Us
Make Money with Us
Amazon Payment Products
Let Us Help You
EnglishChoose a language for shopping. United StatesChoose a country/region for shopping.
© 1996-2021, Amazon.com, Inc. or its affiliates