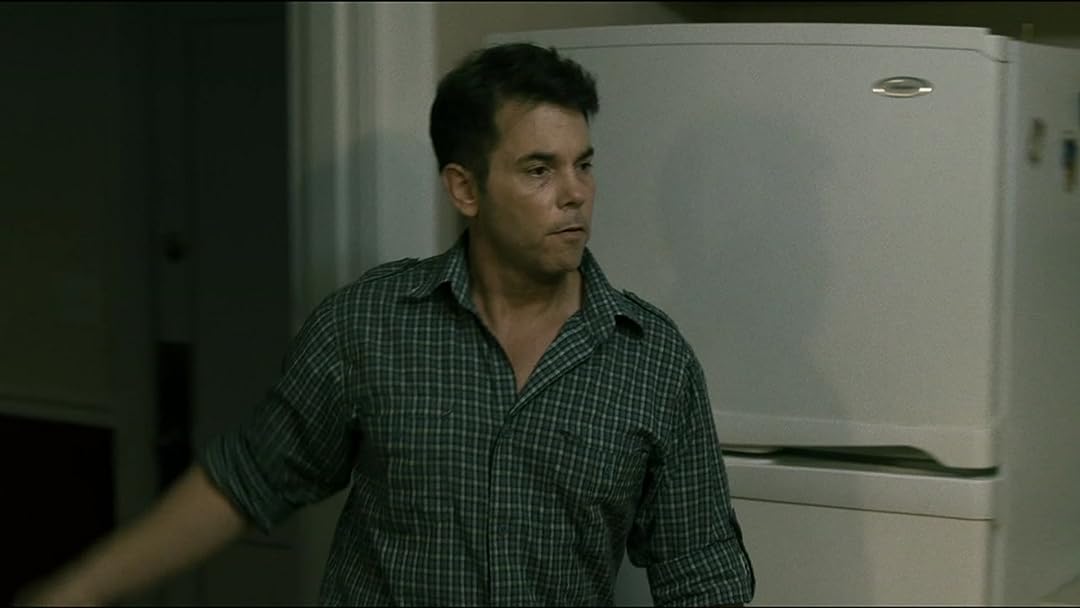 Logain UT AblarReviewed in the United States on January 12, 2019
1.0 out of 5 stars
Terrible
Verified purchase
Standards must be really low if this film is rated highly.

Bad acting, for a mental health fueled revenge plot. A war vet with PTSD gets bondage raped at a party in such a way that made me think Bill Cosby was hosting it. This film tried to be clever in its storytelling but ultimately dropped the ball. The punchline is the vet has split personalities which is why he can't remember key details and neither can the woman he was supposed to be protecting with the nippleless breasts (she doesn't actually exist). The ending sucked and there were only two scenes in the entire film that I found interesting. The scene when the vet was masturbating to visions of his own bondage rape. I've met some women that were raped that have fantasies about the rape even years after it happened, constantly trying to recreate it. (See: Kink communities)

The other scene was the one when the vet cut off his rapist's penis. It was funny to an extent because the vet cut off the fat guy's manhood and looked at it like he was going to put it in his mouth. If he would have done that I would give this film 5* because that would have been disgustingly hilarious. But alas, we can't have nice things so...

HorrorFanReviewed in the United States on January 6, 2019
5.0 out of 5 stars
Your Mind Won't Be the Same
Verified purchase
Lou Simon‘s. Writer, producer, director of “3” is about a man and a woman that kidnap her rapist in order to extract a confession, whether to bring hell or comes hell.

How far would you go to protect those that fell victim to get answers? 3 will take you on a roller coaster of a ride.

Dr. Jacobs, played by Mike Stanley is driving down the road when suddenly another vehicle with lights on and not started is just parked in the middle, blocking traffic. Well you could always try to go around? Honk the horn, or even just… move the vehicle. But that leads to a masked man, knocking you out with a cloth.

Fast forward to now the torture room, already this Doctor is confused when the interrogations begin. Trying to confess to a rape that happened a year ago, how often can most people “really” remember a year ago. Well, most can. “He” played by actor, Todd Bruno wants recorded proof of the Doctor’s confession of raping “She”, played by Aniela McGuinness. And will do practically anything to get that confession, even if it’s by force.

What happens if you have the wrong fellow? Now you’ve been torturing someone that has nothing to do with this issue that happened a year ago. “She” tries to remember “He” to take his medicine, without it his anger get’s out of control and he does things he shouldn’t. Maybe, that’s some advice to take into consideration.

And that’s how the rest of 3 will explode the viewers mind.

Who is really receiving the justice? Who’s actually the one to blame? Is the female faulting up with visions or is the male. We haven’t seen a revenge film like this since the 1970’s and Lou nails it, and everyone bringing the characters to life make it possible.

I’ll say it again, Lou Simon’s “3” will take you on a hell of a roller coaster. Lou takes revenge on a rapist in a whole new look, and at the end will leave you with a exploded mind. In conclusion, 3 deserves viewers full attention. A must watch!
2 people found this helpful

Skinny SoonReviewed in the United States on August 11, 2018
4.0 out of 5 stars
A tight little horror story .
Verified purchase
I can honestly say this was a nicely wrapped horror yarn that improved as the story moved along . The first ten minutes was a bit flat but as the story progressed , you get pulled in by some nice acting and dramatic camera work . The story is essentially about revenge , the two lead men did an excellent job of building momentum and tension and really created a " Misery " meets " psycho " scenario . The lead actress also did a very nice job of bouncing off her accomplice and really stoking the fire . I've seen Producer Lou Simon's work before and this is by far the best movie she has made ., Watch this movie , it's a tight little horror story to bite your bottom lip to !
2 people found this helpful

WALTReviewed in the United States on January 8, 2021
2.0 out of 5 stars
MIXED FEELINGS ON THIS REVENGE FILM
Verified purchase
NO SPOILERS. THIS IS ONE OF THOSE UNUSUAL FILMS WHICH GO SLOWLY, THEN SPEED UP AND SO ON .TWO MALE CHARACTERS,
ONE WITH PTSD IS RATHER CONFUSED. A PLAN IS HATCHED TO TORTURE A MAN WHO THEY HAPPEN TO CROSS PATHS WITH, WHO THEY BELIEVE RAPED A WOMAN. I COULD NOT GET INTO THE MIND OF THE FEMALE DIRECTOR AND HER CONCEPTION OF RAPE AND REVENGE. ALTHOUGH I WATCHED IT, I COULD NOT CONCENTRATE ON THE PLOT AND DID NOT CARE FOR THE CHARACTERS. I AM SORRY, BUT THIS IS YOUR CALL, AFTER TWENTY MINUTES IF IT DOES NOT PULL YOU IN, I WOULD JUST SKIP IT. THERE ARE MANY GREAT COGNITIVE REVENGE FILMS AROUND OF VERY HIGH QUALITY.

Tiffany WarrenReviewed in the United States on August 16, 2019
5.0 out of 5 stars
3 is a Suspenseful Ride with Some Fun Twists
Verified purchase
3: An Eye for an Eye is not your typical revenge flick. When two patients of the same therapist make a plan to exact revenge on a man who allegedly raped the woman, things begin to go awry the deeper they get into it. Her partner goes farther with the plan than either of them expected and details become uncertain; and just when you think you've got it figured out, guess again... Director Lou SÍmon does a stellar job telling this story with a talented cast and highly skilled crew.
One person found this helpful

Burt W.Reviewed in the United States on February 17, 2019
4.0 out of 5 stars
Definitely worth watching (👍👍 &lt; two thumbs up)
Verified purchase
I enjoyed this movie. I saw the reviews were mixed but I'm here to say it is definitely worth a watch. The movie gets started right away. It doesn't have any filler or build up really. That said, you won't get bored waiting for something to happen. The actors in it all did a fine job. No low budget acting here. The ending was a bit of a twist. But enjoyable.
One person found this helpful

VO GueReviewed in the United States on December 7, 2020
4.0 out of 5 stars
Great twist!
Verified purchase
I just watched this dark little thriller and was impressed with the tension maintained throughout and the unexpected plot twist that made it all come together. Well done, Ms. Simon! I recommend this one :)

BryMReviewed in the United States on March 31, 2021
5.0 out of 5 stars
A VERY GOOD MOVIE THAT DOESN'T END THE WAY YOU THINK
Verified purchase
This movie was actually very good .. it seemed VERY predictable, but you have to watch until the end because it is anything BUT predictable! Two very surprising twists come out of nowhere!
See all reviews
Back to top
Get to Know Us
Make Money with Us
Amazon Payment Products
Let Us Help You
EnglishChoose a language for shopping. United StatesChoose a country/region for shopping.
© 1996-2022, Amazon.com, Inc. or its affiliates