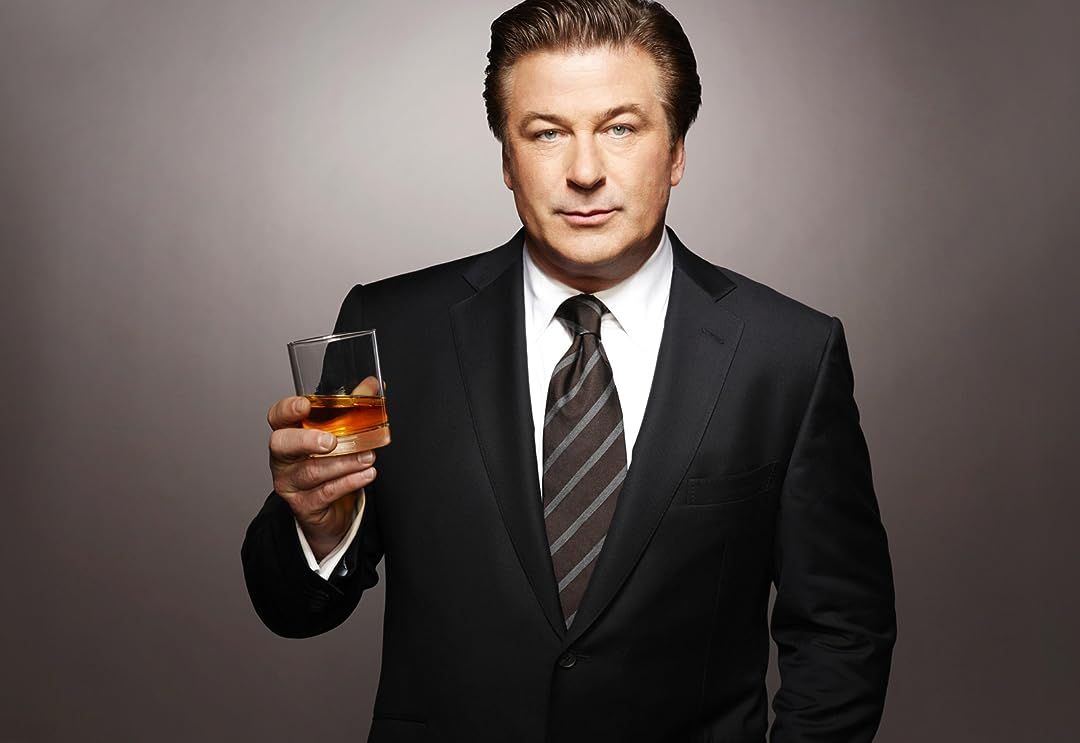 (303)
8.22010X-RayTV-14
Welcome to TGS with Tracy Jordan, a fictional television show where the laughs are just as big backstage as they are onstage. In Season 4 of this critically acclaimed series, Liz Lemon (Emmy and Golden Globe winner Tina Fey) will achieve unexpected national attention and fame as an unlikely but wildly popular woman's advice expert. She will also continue to juggle corporate interference from boss and mentor Jack Donaghy (Emmy and Golden Globe winner Alec Baldwin) and off-the-handle star antics from Tracy Jordan and Jenna Mulroney, all while attempting to salvage her own personal life.

AngelaReviewed in the United States on June 23, 2014
5.0 out of 5 stars
Best TV!
Verified purchase
This is the first "TV on DVD" show I ever bought. I already have seasons 1-3 and will buy the rest because it's that good. It's been over two years since the end of the show and I'm still discovering new jokes to laugh at. Most sitcoms get old quickly with its joke/punchline setup. Not 30 Rock. It's jokes within jokes within jokes. Sometimes in the same line.
All hail the great and powerful Tina Fey! She wrote the heck out of the this! This can never be overstated.
The only flaw, minor in my opinion, is that over more time it'll seem dated with its references to Tom Delay and takeovers by Comcast (in the show it's Kabletown, with a "K", as Jack explains).

Overall, if you're looking for a little more intelligence in your TV comedies and/or have been curious about how the entertainment industry works, "30 Rock" is it.

M. B. RichardsonReviewed in the United States on April 29, 2016
5.0 out of 5 stars
Just gets better and better and funnier and funnier
Verified purchase
What can you say, it's 30 Rock, one of the best comedy TV series to ever be on TV, series 1-3 was great, then each series afterwards just gets better and better. If you have never seen 30 Rock, you are missing a real treat. You will split your sides laughing, no wonder it has won so many awards !
One person found this helpful

Craig K.Reviewed in the United States on March 23, 2012
5.0 out of 5 stars
30 Rock: Season Four
Verified purchase
This has been one of my favorite shows on television thanks to the creative writing, twisted humor and unique characters featured.
Season four keeps on chugging along with plenty to laugh about or at. Hats off to actors Jack McBrayer, Tracy Morgan and the rest of the cast for making this entertaining to watch. Season four features guest stars like James Franco, Matt Damon, Julianne Moore and Michael Sheen, to name a few, that adds to each episode.

Q: Why would you buy this season?
A: If you enjoy the show and collect the series that would be one reason. Season four was pretty nicely done and has come a long way since the first season and that is no deal breaker. Michael Sheen? Yes, I had no idea that was him in Tron: Legacy - brilliant. If you love that twisted humor then it is still there and has not slowed down. There is no need for me to go into details on each episode, so if you are familiar with this season and the show then enjoy.

I am not going to debate which is the best season, but if you enjoyed several of the episodes from this season ... go for it with extreme prejudice. I enjoyed this season more than enough to purchase it and enjoy every episode and I have no problem watching it again and again.
2 people found this helpful

Jerry CReviewed in the United States on February 2, 2014
5.0 out of 5 stars
I was renting these from Netflix....
Verified purchase
But this series is so much fun to watch that I've already bought seasons 4-7 and will buy 1-3 this week. I had the same experience with It's Always Sunny In Philadelphia and have already bought all the available seasons in that series as well! Awesome value for what you get if you know you will watch these shows more than once!
One person found this helpful

ReviewerReviewed in the United States on October 23, 2009
2.0 out of 5 stars
Not with a bang, but a whimper
Verified purchase
30 Rock has been one of my favorite shows on television since I first saw a few preview episodes of Season 1 on United flights. The show deftly mixes erudite references with absurdest humor using some of the sharpest writing on TV today.

But not in this episode.

Like many sitcoms, 30 Rock tends to have three or four different plot threads in any given episode, and in the past two or three have been hilarious with one or two falling flat. The problem with Season Four, the all two cleverly named premiere for Season Four, is that none of the threads hit. Kenneth's radical turn as a rabble-rousing union leader seemed to be the most unlikely of the three. The writers mean for us to believe that a guy who is awed by the magic of television (after he's seen the way sausage is made) and who relished the job of rubbing Tracy's snake until it pooped suddenly finds his inner-Bill Kunstler because Jack gets paid so much? I'm not buying it. Tracy's attempt to meet real people begins with a few good gags, but then it falls flat when the writers seem to run out of ideas.

The worst of all the plot threads is the incredibly lazy and hackneyed idea of Pete and Liz miserably failing in their attempt to keep the fact that they're looking for another actor a secret from the staff. 30 Rock works best when they take sitcom cliches, rip them down to their foundations and build something brilliantly fresh from the parts (Funcooker, anyone?).

In this episode it seems they don't even try. What would have been an opportunity for wry humor in the past end up being lame throw away lines like, "I'll give you a New York minute, which is seven seconds." Even Steve Buchemi's recurring cameo as the PI Len is wasted with threadbare exchanges that are hampered with too many non-sequiters.

JanReviewed in the United States on February 16, 2013
5.0 out of 5 stars
Hilarious Series!
Verified purchase
I did not fall in love with 30 Rock until the last season. However, I enjoy the streaming videos. I went to Best Buy to purchase the full set, however, they only had one season. I am glad that Amazon had EVERY SINGLE SEASON!! I wasted no time in purchasing the full season through Amazon. Excellent series, excellent product, excellent transaction!!
Thank you!
2 people found this helpful

alvanzoonReviewed in the United States on March 10, 2019
5.0 out of 5 stars
REALLY WELL THOUGHT OUT AND WELL DONE
Verified purchase
I LOVE TRHE CHARACTERS AND THE REDICULOUS PLOTS. ALWAYS A PLEASANT SURPRISE

GHReviewed in the United States on January 11, 2018
5.0 out of 5 stars
30 Rock Rocks!
Verified purchase
This series is funny. I recommend buying every season.
See all reviews
Back to top
Get to Know Us
Make Money with Us
Amazon Payment Products
Let Us Help You
EnglishChoose a language for shopping. United StatesChoose a country/region for shopping.
© 1996-2021, Amazon.com, Inc. or its affiliates