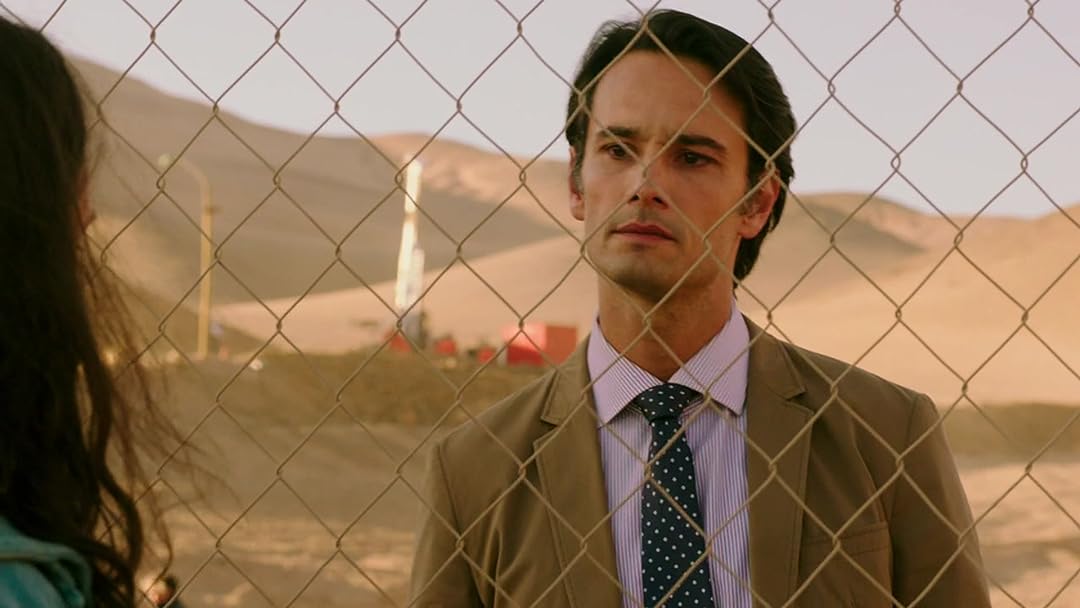 Crazy SvenReviewed in the United States on April 28, 2019
5.0 out of 5 stars
Real Life Heroes and Survivors
Verified purchase
Based on actual events, "The 33" is a very intense film. Imagine yourself trapped in a deep mine, 2,300 feet underground, for 69 days with almost no food or water, with temperatures in the neighborhood of 104 degrees and not knowing the entire time if you would be rescued. It's unthinkable to most of us. Ignore the negative reviews. They are the usual collection of mindless children who are only entertained by superhero movies. Real heroes mean nothing to them, because their lives are empty. Also, to prove how shallow our celebrities are, Jennifer Lopez was cast as a lead in this film, but she cancelled because she wanted to appear on "American Idol" instead and dismissed this movie as a "small film".
8 people found this helpful

DieselCoondogReviewed in the United States on March 23, 2016
4.0 out of 5 stars
Underrated by critics - a great popcorn movie for a dark night
Verified purchase
We usually like lighter fare, but on a quiet Saturday evening this really hit the spot. The Hollywood critics were absurdly harsh. Apparently real life is not as impressive to them as some CGI phony movie where the hero jumps from a moving helicopter while shooting 14,000 rounds from a six-shooter without spraining an ankle. If you do not cheer with adopted Chilean pride as the story unfolds you have no heart. This was an enjoyable family movie. Most scenes were less intense than I suppose they really were in real life and even the salty language seemed much, much toned down from the real miners I have known. Best watched at night with all lights off because, well, they are trapped in a mine.
22 people found this helpful

ScottReviewed in the United States on October 8, 2017
5.0 out of 5 stars
You will be happy you saw this movie
Verified purchase
I couldn't wait to have the DVD of this movie/story to come out. I remember watching the actual event on the news and a later documentary. Sometimes true stories being made into movies don't do the story justice, but this one certainly does. The pacing is slow once the mine caves in, but I think the director did this on purpose to give the person watching a sense of how slow time went by for the miners trapped in the mine, day affect day, week after week as well as for the families waiting in anguish for them to be saved. It's a rare movie that brings me to tears, but this one did! Two thumbs all the way up.
6 people found this helpful

Jessica NelsonReviewed in the United States on March 9, 2016
5.0 out of 5 stars
Great inspirational story of the power of faith and never-ending hope against impossible odds.
Verified purchase
Movie 33
I thought it was a great inspirational story of the power of faith and never-ending hope against impossible odds. The characters were phenomenal and emotionally captivating really drawing you into the story causing you to care what happens to them. I especially loved the character Mario Sepu’lveda or “Super Mario” as he is called in the film, played by Antonio Banderas, and Maria Segovia played by Juliette Binoche. They were amazing dynamic characters that I found myself thinking about days after I had watched the film.
I love to watch movies that cause me to do a little self-reflection. While watching this I found my-self wondering what I would do if I were in a similar situation. Would I be overcome with the bleakness of the situation and just give up and accept my fate or would I be as Mario Sepu’lveda played in the movie by Antonio Banderas who holds on to hope against impossible odds sparking and continually feeding the flame of hope in all the other miners. I also wonder what past life experiences the character Mario Sepu’lveda must have had to give him the presents of mind and fortitude in that critical situation to stand against all the other miners and insist that the food be rationed. I also wonder what deeps of desperation someone would have to sink to in order to drink their own urine to survive. I personally think that would have been my breaking point.
I also loved the character Maria Segovia played by Juliette Binoche. Her role of the loving, devoted unmovable sister caused a bit of self-reflection. If I were in her situation how would I react? Would I show the level of love and devotion to a brother or any family member, especially one in which I had a strained relationship. I believe the faith, hope, love and untiring commitment that this character showed was amazing. It defiantly got me thinking about some of the relationships that I have with my brothers and other family members. After watching this movie I resolved to show a little more love, compassion, and commitment to those relationships in my life that could use a little patching up.
Some of the cons I found to the movie is its predictability. The movie is about the well broadcast event of the Copiapol mining accident that occurred in Chili in 2010. Even those of us emotionally captivated knew that they would be saved in the end. I wish the film would have showed a few more scenes to better depict the hardship of being essentially buried alive in the mine for the sixty-nine days that the miners were trapped in the mine. I do however think that director Patricia Riggen did a marvelous job making a spectacular film.

The Cadillac KidReviewed in the United States on June 22, 2022
5.0 out of 5 stars
Entertaining
Verified purchase
Lots of stupid things that were not realistic. Electrical things. The big lights in the refuge cave were powered by 110 volts AC like all the others, I assume from a generator. The cave in put them out so the guy gets a battery from the truck and lights them? Give me a break. Plus, those lights and all their lights on the heads were going strong after 30 some days?

Wathan48Reviewed in the United States on June 13, 2016
5.0 out of 5 stars
AMAZING!!!
Verified purchase
I absolutely love this movie. For those that don't remember, this movie is based upon the true events of the Chilean mine disaster. I don't know how much of the movie was based upon facts and how much is "Hollywood"; nevertheless, it's going to move you.

Being in the US and watching/reading the coverage of this disaster, I don't remember coming across too many personal stories about it. That's why I love this movie. It opens your eyes into the hardships the miners and their families went through.

The writers, directors and actors did such a great job at presenting the story that at one point during the movie, I was contemplating how I would cope in that situation.

This movie is pretty family friendly as there is no sex and vulgar language is minimal.

I would highly recommend anyone that hasn't seen this movie to rent it or buy it!

Michael WarmothReviewed in the United States on October 13, 2018
5.0 out of 5 stars
Great movie
Verified purchase
This was a really good movie... I decided to watch it because it had Mario Casas (spanish actor), plus Antonio Bandaros and also lou diamond phillips. To my surprise the movie is great. It was full of action and drama and you felt a part of the movie. Make sure you watch it at night with all the lights out for the best cave/mine type effect. You are going to love it.
2 people found this helpful

SarahKReviewed in the United States on March 2, 2016
5.0 out of 5 stars
Great movie!
Verified purchase
What a great movie! I really enjoyed seeing the Hollywood version of what happened to the 33 miners who were trapped underground for so long. After the first 30 minutes I thought there wasn't much left to recount and the movie would be boring but it was very interesting! I thought the actors playing the minors did a good job. While I appreciate the need for the actors to have accents to keep it "authentic" for an English speaking version of the movie sometime their accents got in the way of understanding them. I really liked this movie and I'm glad we rented it!
2 people found this helpful
See all reviews
Back to top
Get to Know Us
Make Money with Us
Amazon Payment Products
Let Us Help You
EnglishChoose a language for shopping. United StatesChoose a country/region for shopping.
© 1996-2022, Amazon.com, Inc. or its affiliates