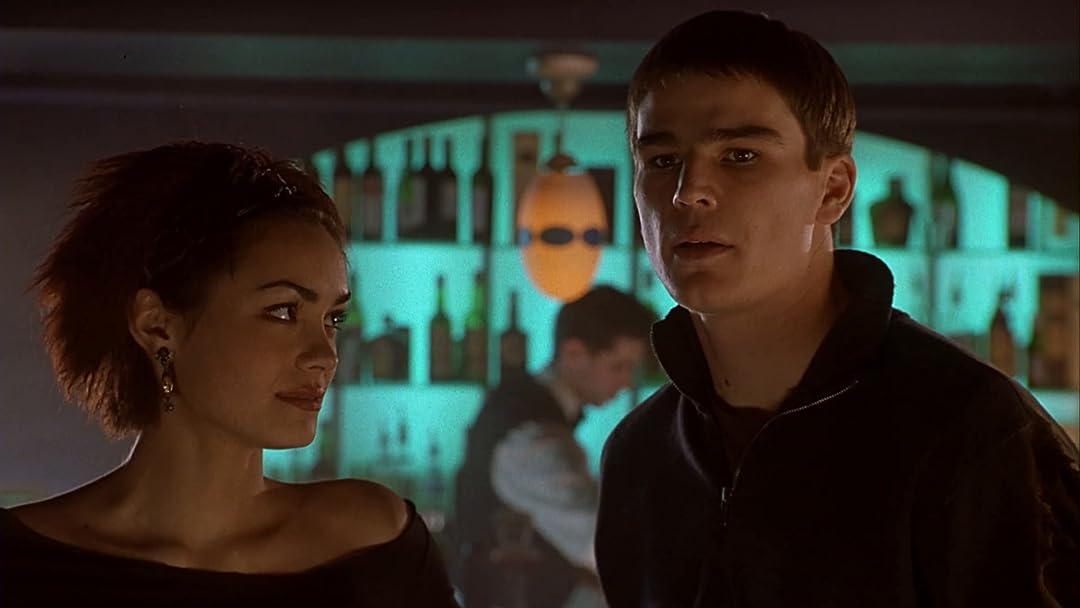 Kindle CustomerReviewed in the United States on June 22, 2018
1.0 out of 5 stars
A Rom-Com, until rape happens.
Verified purchase
There is a rape scene in this "romantic comedy" film. It is treated as a plot point to set up the dramatic break up before the reconciliation and happy ending. The crime is apparently not reported, the rapist does not seem to experience any negative repercussions, and the victim APOLOGIZES to his love interest. This movie was filmed in a pre-#MeToo world, but having sex with someone who is physically restrained and semi-conscious, and who earlier told you "NO", has always been wrong and illegal. Showing the rapist as a woman and the victim as a man doesn't make it any less wrong.
29 people found this helpful

SentiaReviewed in the United States on June 10, 2018
2.0 out of 5 stars
Cute and predictable until one scene ruined it all
Verified purchase
*Spoiler Alert* --This was a cute, mildly amusing and predictable movie until the scene near the end of the movie where the ex-girlfriend takes physical advantage of him and destroys his vow to remain celibate for 40 days. I'm glad to see comments by other people who take this seriously. If an ex-boyfriend walked in and sexually assaulted a woman while she was waiting for the new love of her life to arrive, we would call it rape. It's no different if a woman does it to a man, no matter how physically attractive she is or what their prior relationship was. That scene ruined the movie for me.
31 people found this helpful

It's hard to believe that men actually go through something like this when they're sexually frustrated. Sure, my guy friends have told me how often men think about sex, and I get that. But to portray a nice young man like this is rather sad and pathetic, and especially despicable are his roommate and friends. Overall, if you feel like wasting your time, go for it. The actress who plays the character Erica is probably the one redeeming quality, while Hartnett has a few moments. Just be prepared to feel disappointed in how men are portrayed.

William P. CunninghamReviewed in the United States on June 12, 2018
1.0 out of 5 stars
Wasted time and talent
Verified purchase
The premise, that a Catholic young man could go without sexual intimacy for forty days (and nights-duh!) is a start to a good movie. After all, he sees early on that mindless one-nighters are a black hole into which one can lose his identity. That's an insight even St. Augustine could agree with (and did, fifteen hundred years ago). Moreover, seeking counsel from his older seminarian brother seems pretty wise, since the latter has to be continent as part of his vocation. But the significant amount of T&A at the beginning should have been a warning. It turns into a mess of T/A, millimeter thick philosophy and just plain stupid one-dimensional jokes. All at the expense of the viewer. A huge waste of time and pretty good actor talent.
7 people found this helpful

Jonathan H.Reviewed in the United States on July 5, 2018
1.0 out of 5 stars
Movie thinks rape is hilarious plot device
Verified purchase
I dig the mindless rom com formula as good background movie fodder. This one was decently amusing, although portraying men as going insane when they can't have sex is a touch dumb. Everything was ok right up until the plot point where the new couple breaks up before the final reconciliation and happy ending.

Because that plot point is our main character getting raped by his ex-girlfriend. He's asleep, handcuffed to a bed, and his ex, who he's already kicked out of his apartment and told no to, comes in uninvited and rapes him in his sleep. He's restrained, asleep, and raped.

That's the comedic plot device used to temporarily break up the couple. Is the ex reported to law enforcement? Nope. Presumably she wins all the money in the betting pool and waltzes off, free from the consequences of raping a man. Then the main character apparently has to apologize for being raped before the couple gets back together. That's insane.

DXReviewed in the United States on September 23, 2021
4.0 out of 5 stars
Silly romcom for date night
Verified purchase
The blu-ray looks much better then the DVD but it isn't amazing which seems to the norm for comedy/drama films. There's some nudity along with plenty of sexual stuff so it's definitely an adult themed film. The menu is one of the worst I've seen on blu so keep that in mind but it doesn't affect the film so it's more of an annoyance.

For the complaining about the rape scene, those so-called reviews should be removed because it's obvious they are giving low scores to review bomb the film. It's not graphic nor is it even explicit so while it's not a good thing the film sets up how horrible the ex girlfriend is and that she's not a nice person.

KamWowReviewed in the United States on July 2, 2018
2.0 out of 5 stars
pretty messed up toward the end. a rape scene they just sweep under the rug as fine..
Verified purchase
The scene near the end of the movie completely ruined the whole thing. It's a rape scene, and then everything is just happy and wonderful: the end. Seriously wtf. It started out okay, then it had some cute scenes and some funny parts, then they just went overboard. The director was a dude. Wonder why he thinks that was at all okay.
4 people found this helpful
See all reviews
Back to top
Get to Know Us
Make Money with Us
Amazon Payment Products
Let Us Help You
EnglishChoose a language for shopping. United StatesChoose a country/region for shopping.
© 1996-2021, Amazon.com, Inc. or its affiliates