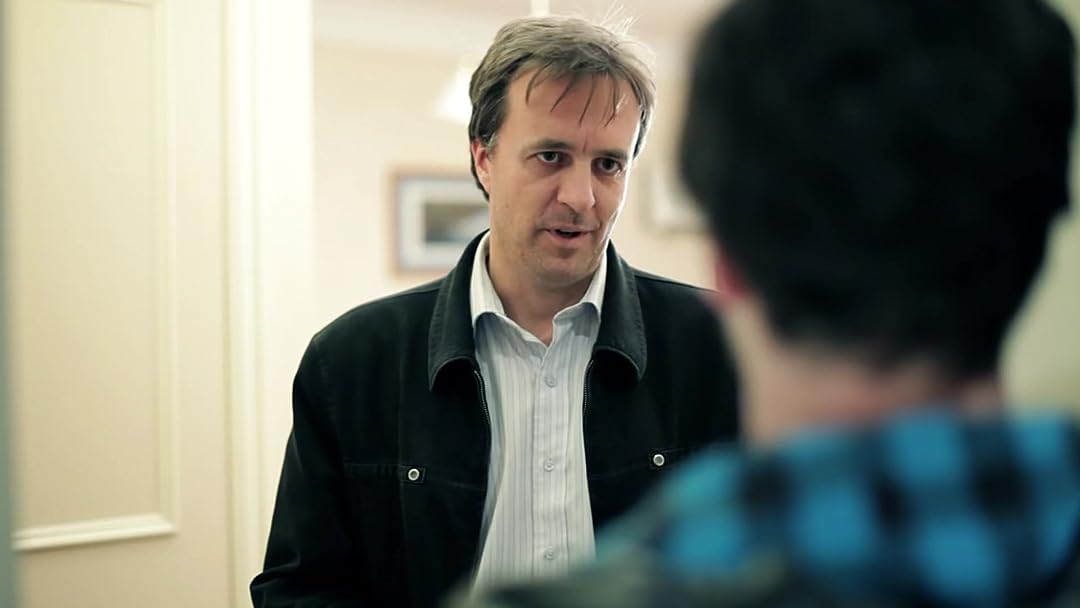 BeKindReviewed in the United States on April 20, 2019
1.0 out of 5 stars
Skip this... Thank me later.
Verified purchase
I wish I could go back in time and tell myself not to watch this movie. Typically for movies like this it is normal to suspend reality and just go with it. But this time, the lazy and illogical writing and concept is just too painful to enjoy. Just pretend I'm from the future and take my advice... Skip this
90 people found this helpful

L. AdamsReviewed in the United States on November 26, 2018
4.0 out of 5 stars
If you are not a real time travel sci-fi collector, skip this
Verified purchase
"41" has a familiar premise, going back in time to save someone, but time-travel fans will recognize the subtle differences between this film and others. A few reviewers have said that the film plods along. That's true, but it is just following the actual logic of one time travel theory. Speaking of theories, there is a smattering of real science sprinkled throught "41." I thought that the parallel stories worked very well, that the actors were credible and appealing and that there was something to be learned from the film. "41" did have a small-budget look in some scenes, nevertheless, my suspension of disbelief was complete. You should watch the film just to see how talented Australian Glen Triggs is. He wrote the script, directed, co-produced, helped cast, did the cinematography for and edited "41."
37 people found this helpful

Memento_MoriReviewed in the United States on May 13, 2019
4.0 out of 5 stars
"Butterfly Effect" with an ending that's actually worth the runtime
Verified purchase
- Guy gets into accident
- Guy finds out from mysterious stranger a way to avert that accident via time travel
- Shenanigans ensue

The plot itself is your typical time travel sci-fi plot. The first thirty minutes, maybe even the first hour, aren't going to surprise you. Since the events are pretty standard, so are the characters. Most carry their weight, though there a few spots where the acting (especially the love interest, sadly, though the largest perpetrators were Professors Explanation and Exposition) is kind of lackluster. The main character carries his own though, and the film centers around him, so it holds together pretty well overall.

The movie finds its worth in its solution to the problem of "If you could time travel and fix [insert traumatic scenario here], how easy would it be?" It's both in-line with the tone of the movie AND not starkly depressing, and it largely earns the "twists" that come with the third act.

The film is paced well enough, though the time traveling antics do get a bit convoluted in the second act. If you can accept the shortcomings in the logistics, then it's a really great attempt. If you can't, then I don't know if time travel sci-fi is for you, to be honest.

SuzydrewReviewed in the United States on February 15, 2019
4.0 out of 5 stars
if you like time travel movies... this is a good one!
Verified purchase
As time travel movies go... this one was great because it (generally) stuck to one theory of time travel instead of mixing up a bunch. It even touched on some topics I haven't seen in other movies of the sort. The acting was good and it wasn't low budget video/sound. It even seemed to simplify it all a bit (if multiverses is simpler), so not to run into too many paradoxes... which can be annoyingly obvious in time travel debates.
15 people found this helpful

StarrReviewed in the United States on May 5, 2019
1.0 out of 5 stars
boring and slow
Verified purchase
plot could have made a good movie, but the acting, facial looks, etc. made for a poorly executed movie. It was so boring I fell asleep several times and woke up with the same thing going on, the star going down a hole in the bathroom and coming back up. NOT worth the watch.
13 people found this helpful

DGGReviewed in the United States on May 12, 2019
3.0 out of 5 stars
A familiar but differently presented time travel story.
Verified purchase
This time travel story starts as the familiar going back in time to save a girlfriend who is killed in the current time line.

But the method of time travel here is very odd and there are lots of holes in the writers way of explaining how it works. I frankly was lost through about 2/3 of it as their were several time lines and characters covered. The end results were also slightly off-kilter but somehow satisfying anyway.

It's the old "can we change time or does fate try to keep the events in tact" debate. The usual mayhem ensues as the future man tries to correct the past by altering it (usually unsuccessfully).

I wouldn't exactly recommend this movie as I'm not even sure I liked it or not. But it is a good well-acted time travel story worth a couple of hours of your time. Just don't try to explain their form of time travel or your brain will hurt.
11 people found this helpful

Aiex HaloReviewed in the United States on January 4, 2021
4.0 out of 5 stars
Neat little film
Verified purchase
Delving into this area of extremely low budget time travel sci-fi gets with it the inevitable comparison to 2004 film "Primer" which was a masterwork of excruciatingly hard sci-fi.

Here, the mechanisms are largely unimportant, even though there is an entire scene devoted to basically expo-dumping how it works in the form of hypotheticals and quizzing of a small group of four philosophers and scientists.

Some guy named Aidan is driving in his car with his ex-girlfriend when suddenly someone jumps in front of the car while he's driving at night and it crashes, killing her and hospitalizing him. He meets a seemingly loony old man in the hospital who tells him to go to a motel and go to room 41 and crawl in a hole in the bathroom floor. Earlier in the film, someone who looked exactly like him told him not to go to that motel. So naturally he goes in.

From there he learns that going through the hole and emerging brings him about 12 hours into the past. From there, he tries to change what happened with his ex-girlfriend and the like.

Where the film falters, for me at least, is that it seems to not be able to decide upon what type of "time travel paradox" to go with. The presence of himself earlier in the film and the revelation about the cause of the crash would seem to imply a predestination paradox where he is in a situation where time is fixed, and any attempt he makes to change the past has already been done.

But then at the same time, other mutually incompatible paradoxes are toyed with as well, including a "multiple universes branching off" and some others. Toying with many different ideas for time travel would be something interesting to see if done well; the problem is it is not done well here. In some cases we don't even know what is happening and the determining factor as to whether Aidan is able to change something in the past amounts to "Whatever the script feels like".

As well, it drags in several places, and takes an awful long time to get to a really intriguing "Wow" moment, by which time the film was essentially over with barely 10 minutes left. Whether or not the extra focus or attention to detail would've helped or hindered the film I probably wouldn't be able to say, but for what it is, it was a neat enough film.
3 people found this helpful

AnonReviewed in the United States on August 25, 2018
4.0 out of 5 stars
Slow, thoughtful, speculative time-travel indie
Verified purchase
Although this movie has a not-unfamiliar story line (guy goes back in time to save girl, achieves mixed results, learns Important Lesson), it utilizes a pretty nifty plot device and is generally well made, with everyone trying to do their best and mostly succeeding. Yes, it was slow and dragged a bit in a couple of spots, but overall, I really liked this movie and would recommend it to people who like this genre.
15 people found this helpful
See all reviews
Back to top
Get to Know Us
Make Money with Us
Amazon Payment Products
Let Us Help You
EnglishChoose a language for shopping. United StatesChoose a country/region for shopping.
© 1996-2022, Amazon.com, Inc. or its affiliates