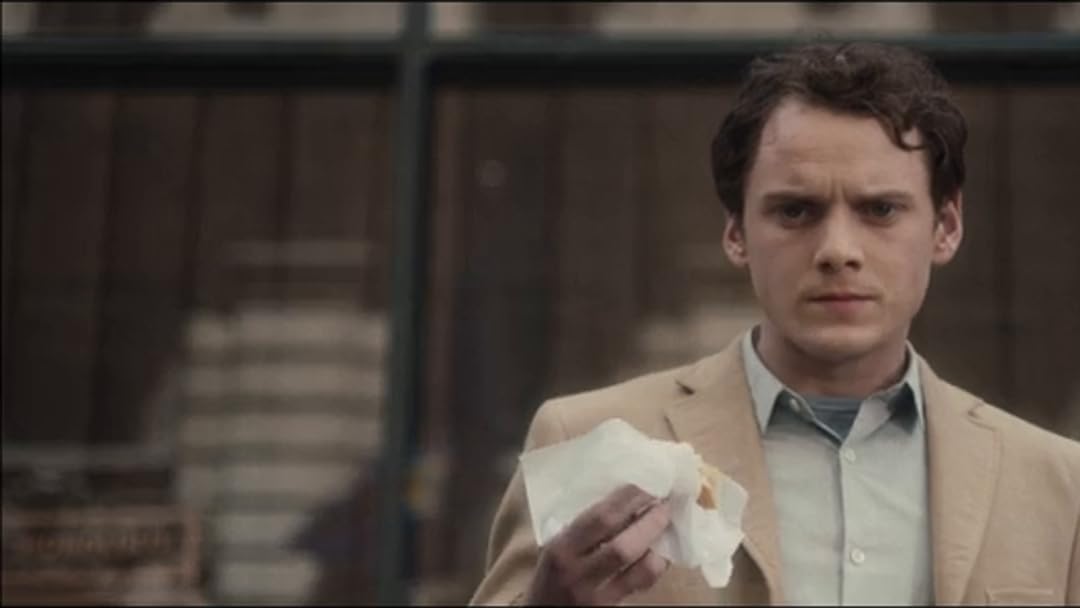 John P. Jones IIIReviewed in the United States on October 22, 2020
3.0 out of 5 stars
A little on the side…
Verified purchase
… can get a bit complicated. Therefore, it is best to give it an assigned time slot, as in the title to this movie (“just running a little late at the office, dear”). Purportedly, this time slot is a reference in the French culture for the period in which married people see their paramours.

Superficially at least, this movie pressed some hot buttons. Watching the quickening palpitations of the heart as two human beings circle in that wonderful ancient ritual sure beats watching a Presidential debate. There is the Franco-American link with the setting being the real but also manufactured culture that is Manhattan. There is some Jewish angst that needs to be assuaged, naturally in a most comfortable horizontal setting. The French woman who is recommending that the Jewish wannabe writer “lighten up” a bit on the practical mechanics of an affair (“of course my husband knows, he is having his own affair…”) is nine years older, at 33, than he, who is 24. Stir in some cameo appearances, for example, the perennial pillar of the Atlanta political world of my youth, Julian Bond, who died the same year this movie was released… and there is at least enough to make you wonder: What next? You would not want to forget the ultimate pinnacle of success – getting published in “The New Yorker,” nor even a reference to that famous cover that boldly proclaims that Manhattan is the only thing that matters!

The film’s director is Victor Levin. The French couple's last name is Pierpont! Bérénice Marlohe, and she is easy on the eyes, plays Arielle, and Lambert Wilson plays Valéry. The aspiring Jewish writer is Brian Bloom, another last name out of central casting, and is played by Anton Yelchin. Jane Hastings is played by Olivia Thirlby. She is also 24, and a big mucky-muck editor at a large publishing house. Keeping it “all in the family,” she is the mistress of Valéry.

Lawdy though, there was a terrible sense of unreality that hung over the entire movie. Both Arielle and Brian are smokers (which always conveys “dumb and undesirable” to me). That is how they meet. She is standing outside one of the big name lux Manhattan hotels smoking, like she was in exile (and that is what they call themselves), but SURELY she could have smoked in her suite (which she had!) if she wanted to. Mainly though, I felt the movie demonstrated no reasons why she should have been attracted to him… even just flat out carnal ones. And save for one cameo scene, the love making was rather tepid. No crazy “let’s go out on the balcony and smell the magnolia tree…”.

There were two brief clips for the “au courant” from Francois Truffaut’s “Jules et Jim,” with the explanation that that is why the French seem to be strange people! Wow! The second brief clip was the scene of her driving over the bridge, which foreshadowed nothing.

A few “je t’aime” spice things up, as well as an explanation why a particular French word has morphed from the textbook definition of “to kiss” to mean more like the logical fulfillment of that kiss. Brian’s parents brag that his French is almost perfect, though he has never left the country.

Oh well, it ended on a high note, with the wonderful axiom for lovers: “Your favorite story is written for only one reader…” For the movie, overall, 3-stars.

neaReviewed in the United States on May 24, 2021
3.0 out of 5 stars
I love Anton Yelchin, so wanted to love this movie
Verified purchase
But the female actress they got for the lead, oh just way too sure of herself, to smug, way to OLD and I don't mean in years, something about her just turned me completely off, I think when she said, it took you three weeks, AS if, "my beauty alone should have brought you right back.." I think from a woman's point of view a tiny bit of humility wouldn't have been a bad thing in this movie. I personally don't quite understand a man going after a married woman who smokes on the street every Friday looking for a good bed partner. Doesn't say much for his future unless that is all he is after also. I personally like a good love story, but so far no love in this movie......it might get better. It is so hard for me to watch this knowing that Anton is gone now, he had such a future ahead of him. Well I am not seeing even one tiny bit of chemistry between them, I mean NOTHING. And then a cut a way, she is supposed to be French, and we see nothing but her in her bra, haha, she is a disgrace to her country. :) She is telling him is a good lover, but sorry, we aren't buying it. neither show any signs of having just had good sex. haha Oh my gosh, she leads him to where she wants so that she is on the right spot for the camera to get her best pose for filming, it is hilarious, then she puts this canned smile on her face. nope I do not really know this actress so I can be objective, and my take on her is she is here for her looks, NOT for her acting.
One person found this helpful

Elle DeeReviewed in the United States on August 16, 2021
3.0 out of 5 stars
Narration is the best part
Verified purchase
The boat sailed and this movie missed it. The main character, the young man, was enormously likable. He owned being young, poor and inexperienced without any shame and that was refreshing. His language was also heart warmingly old fashioned. He says things like "Golly" and "If I may impose". This is lovely and much missed in films today.

However. The romance is between an older woman, who is 33 but acts like a very sophisticated 45, and a very sweet, refreshingly innocent young man... and this dynamic just doesn't spark for me. She says he captivates her but I don't see her fall in love. He says he loves her but, again, I don't see it happening on the screen. I wouldn't know when or how they were falling in love if not for the witty narration telling me so. But, again, it all seemed to be happening off the screen. So, I never saw it.

It was an enjoyable, light hearted, sweet movie (ignoring the morality aspects of it) and there were parts where I laughed out loud. But it's not a movie I'll watch again.

MG McCartneyReviewed in the United States on September 2, 2015
5.0 out of 5 stars
I believe in true love....
Verified purchase
I was worried about this movie being too sweet and sappy and well, it is sweet but not exactly sappy. It is beautifully shot for one thing and the characters are interesting - the parents are surprising and funny. The narration is a great touch and the park benches are the clincher for me....if it is sappy then it is a guilty pleasure because I believe in true love and I believe in circular paths and I believe love created never ends. . . just watch it...
26 people found this helpful

Luisa MariaReviewed in the United States on February 2, 2021
5.0 out of 5 stars
Don't think to much about it...
Verified purchase
I loved this movie, and I like movies like this. It is simple, romantic, and kind of realistic. I didn't care about the other characters. I only focused on the relationship between the two main lovers. The relationship that they had with only knowing the basics of each other was like just living the moment, and enjoying their time with that perspective. It shows you a beautiful realistic grown woman and a young lover. If you are looking for a big complicated plot, I suggest you go for movies with sequels. there are a lot of movies that tried to fit a lot in 2 hours and left you with questions or use the time to tell stories of meaningless characters.
One person found this helpful

CraigReviewed in the United States on July 29, 2021
5.0 out of 5 stars
Even better than I expected
Verified purchase
This film exceeded my expectations. After his untimely and tragic death, I was interested to see Anton Yelchin act in a role outside of the newest Star Trek franchise. Because my wife was a big fan of his portrayal of Chekov, I thought she would enjoy seeing this, too. Although she was more enthusiastic than I was to watch it, I enjoyed it even more than she did. The film moved in directions that I didn't expect, and it was in no way formulaic in nature (one man's opinion). I found it to be both entertaining and touching with a good script and... well, no spoilers about the ending from me. I wouldn't want to rob you of the chance to experience that yourself without knowing what's coming. Enjoy!

Esther ShinReviewed in the United States on September 30, 2019
2.0 out of 5 stars
i hate and like this movie
Verified purchase
what's wrong with the world these days: it never has time to get to know who you are, all it cares about is what you do (how much you are worth). this movie glorifies that. but then, it's about the french. also. alan gilbert makes one of his unspectacular cameos that i find endearing. he's blah, but he's also the former maestro of nyphil. so. hate/like. voila.
2 people found this helpful

errin spellingReviewed in the United States on October 19, 2020
4.0 out of 5 stars
the scenery is beautiful
Verified purchase
they like to smoke on fridays.at least they don't block the door, like they do in this country,even at the hospitals, when you have bronchitis. the story is hard to believe, but entertaining and mostly happy. i wonder what will happen with the little children, when they grow up. this is daddy and this is mommie's boyfriend, who she sees from 5pm-7pm .
See all reviews
Back to top
Get to Know Us
Make Money with Us
Amazon Payment Products
Let Us Help You
EnglishChoose a language for shopping. United StatesChoose a country/region for shopping.
© 1996-2022, Amazon.com, Inc. or its affiliates