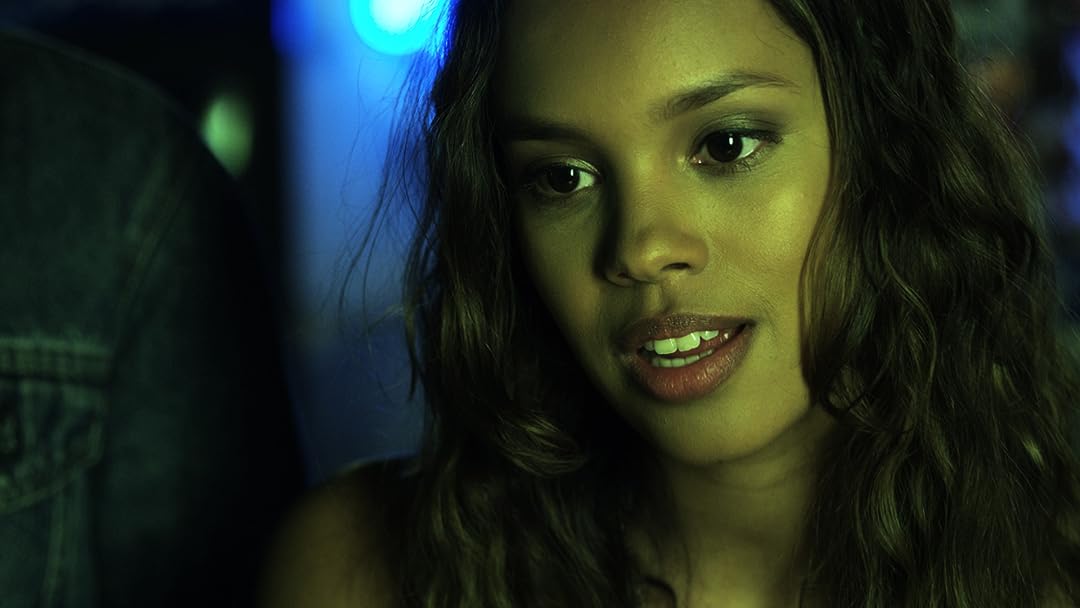 (498)
6.01 h 35 min2017X-Ray18+
A robbery gone wrong sends a hapless guy (Matthew Gray Gubler) and his psychotic girlfriend on a seriously wild ride in this deranged, off-the-rails blast of no-holds-barred insanity.

Amazon CustomerReviewed in the United States on July 4, 2018
5.0 out of 5 stars
All this blood for 68 thousand dollars? you betcha!
Verified purchase
68 Kill is a twisted story about a guy named Chip who, siphons septic tanks, in love with a girl named Liza, who works in a strip club, who turns out to be a whole lot more crazier than he imagined. When she learns that one of her "Johns" (yes, she is a stripper AND a prostitute) has 68 thousand dollars in his safe waiting for a car purchase, she decides to rob him and get out of the small town trailer park and improve her life style. (I know, on $68 thousand?) Thinking it's just going to be a simple in and out robbery, Chip follows blindly along until Liza starts her little killing spree. First the "John", then his wife. As Chip is going downstairs, he sees Violet, who sees the dead body and starts to scream. Liza decides to kidnap Violet and see her to her weird brother Dwayne. Chip has decided enough is enough. Knocking Liza out cold, Chip takes off with Violet in the trunk of his (ex ?) girlfriend's car with the money and no idea what to do next. More kidnapping, torture and killing ensues in this dark comedy about the bad side of love.
6 people found this helpful

Robert M. CollinsReviewed in the United States on April 29, 2019
5.0 out of 5 stars
Clever and well acted
Verified purchase
I am not a particular fan of off-beat indie films, but this one had an engaging, sly cleverness about it that more than held my interest. It was well cast and the actors struck me as top-notch. The primary leads especially seemed to express a genuine love of their craft. There is an underlying subversive message--masculinity ain't the only toxic thing in the world--that is expressed with wit and intelligence. It's been a long time since a mainstream, big-studio film impressed me as much as this little gem. Many thanks to all involved who cared so obviously about their art.
6 people found this helpful

joel wingReviewed in the United States on June 30, 2021
3.0 out of 5 stars
Dark comedy about crime and horror
Verified purchase
Matthew Gray Gubler’s crazy girlfriend Anna Lynne McCord wants to rob her sugar daddy. You can tell it will go wrong the minute the idea comes out of her mouth. McCord plays a psychopath while Gubler’s character is naïve. It seems like this will be a crime drama, but it mixes in some dark comedy and horror as well. It plays upon popular white trash stereotypes. It was surprisingly good and glad it wasn’t just a heist gone wrong.
2 people found this helpful

LouiseReviewed in the United States on February 7, 2019
5.0 out of 5 stars
Loved it
Verified purchase
I seen this a few times on TV so I knew I had to have it. It came safely with no critical damage. The slipcase has a minor tar but nothing drastic to the discs itself or the case. The picture looked crisp on Blu-ray which I am happy for.
3 people found this helpful

Check out his other movies to like American Gothic, How to be a Serial Killer, and all of his other movies. He's a comic genius and he should be in more movies like this!

Music loverReviewed in the United States on October 3, 2020
4.0 out of 5 stars
Mindless fun
Verified purchase
This is one of those movies you can't take seriously,but it reminds me of Rob Zombie and Quinton Tarantino movies.
One person found this helpful

Boris FrejaReviewed in the United States on November 11, 2021
4.0 out of 5 stars
Pretty good
Verified purchase
Was actually enjoyable. Annalynn is awesome!

Jon MReviewed in the United States on November 3, 2019
1.0 out of 5 stars
Worst movie ever
Verified purchase
Don’t waste your money worst movie ever
2 people found this helpful
See all reviews
Back to top
Get to Know Us
Make Money with Us
Amazon Payment Products
Let Us Help You
EnglishChoose a language for shopping. United StatesChoose a country/region for shopping.
© 1996-2022, Amazon.com, Inc. or its affiliates