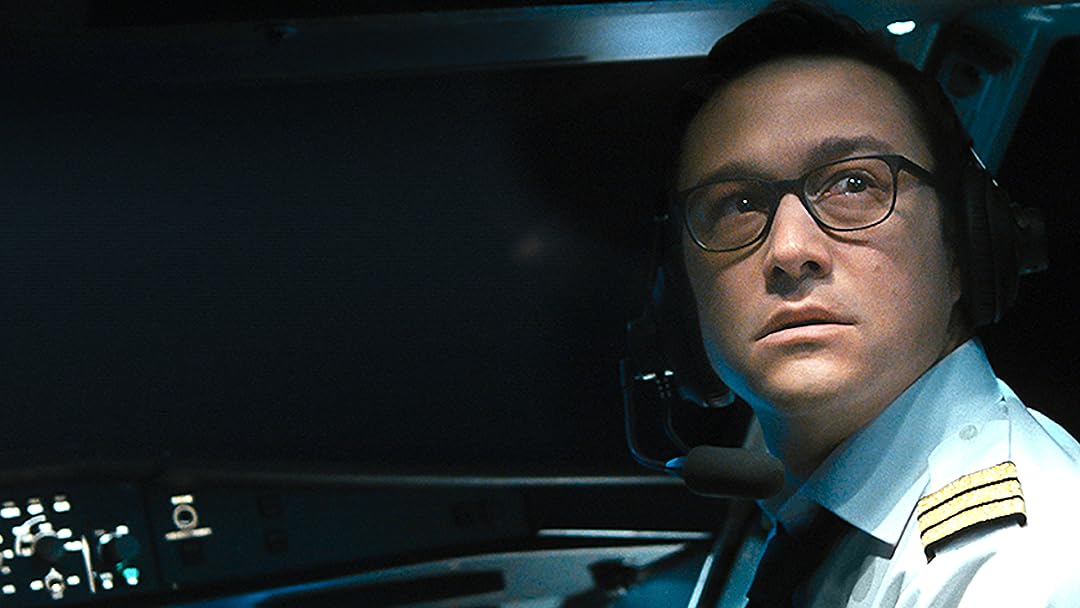 (2,271)
6.31 h 33 min2020X-RayHDRUHDR
When terrorists try to seize control of a Berlin-Paris flight, a soft-spoken young American co-pilot struggles to save the lives of the passengers and crew while forging a surprising connection with one of the hijackers.

ScottReviewed in the United States on June 18, 2020
1.0 out of 5 stars
Insanely unrealistic; childish script
Verified purchase
I really wanted to watch a good movie tonight. Regrettably, this wasn't it. I only got about halfway through this, but this is the story of an incompetent, helpless copilot. God help me from ever putting my life in the hands of someone so incompetent as this. I'm not going to go into detail about who I am, my experience, or much detail about what is and what is NOT "standard procedures".

Fact: If hijackers are outside the cockpit door, the aircraft isn't "safe". There are a number of ways they can take your aircraft down. As I pilot, you have a number of defenses and countermeasures that you can put into motion, but no, you don't sit by and manage the stick while marauders run freely through your aircraft killing crew and passengers. Second, if one of the bad guys gets in my cockpit, he's dead. If I have command of an aircraft, and the bad guy has incapacitated or killed my pilot or copilot, the bad guy doesn't get another bite at the apple. He's dead. Third, if I'm the last living pilot in the cockpit, I immediately belt in and mask up on oxygen. This copilot did none of those things, to safeguard his aircraft, crew, and passengers. I'd also guarantee that my aircraft picked up a heck of a tail wind upon dissent (just a hint, folks), and we'd get to an airport, ANY airport PDQ. There are military airports, small private airports, there are usually a host of options unless you're actually over the middle of the Atlantic. I'm not waiting and hour and a half to put that bird on the ground. The aircraft, crew, and pax are at risk every moment those bad guys are running free back there.

Again, I'm not going to go into all the details, but this "helpless" copilot routine was a disaster. I can't speak for European pilots, but no American pilot would do this. If you're in control and command of your aircraft, you are never "helpless". You have (in this case) almost 90 souls on board to protect. This portrayal of a copilot was highly unprofessional.

I just couldn't finish the movie. Just two awful and unrealistic to bear to watch.

FocusPulling (.com)Reviewed in the United States on June 18, 2020
4.0 out of 5 stars
Mature, restrained, single-set perfection
Verified purchase
This is a sort of master class in restraint and mature filmmaking. Emotions are authentic and liberated from the usual manipulations of heavy incidental music, telling you how to feel at all times (it's just sound design and acting, pure and simple). It all happens in the tiny space of a small airline cockpit, reminding one of the virtues that are found in black box theaters with intimate character performances.

Any wannabe woke accusations about racial and religious insensitivity in this film would be totally misguided (and ignorant). The very first thing you see in the film is a quote by Mahatma Gandhi: "An eye for an eye only ends up making the whole world blind." Joseph Gordon-Levitt does an excellent job portraying the human temptation to exact vengeance, gauging whether his makeshift weapon could overpower a hijacker at the cost of killing a human life -- after losing his own loved one that way -- and there's no easy answer second-by-second. That's the stuff of good drama. Every side of a holy war is guilty of vengeance, and Gandhi's prophecy accuses the Western world just as equally.
205 people found this helpful

R2D2Reviewed in the United States on June 18, 2020
4.0 out of 5 stars
INTENSE
Verified purchase
Terrorists attempt to hijack an airliner flying from Berlin to Paris on a night flight.
The entire film takes place in the cockpit of the plane. Surprisingly, this is not a negative. The viewer literally gets a pilot's eye view of the action -- both in the cockpit itself, and outside its entry door using closed-circuit TV as the pilots see the action behind them. You feel the experience. It is engrossing and intense, and runs for the right amount of time. It humanizes one of the pilots as well as a young hijacker. A very good film that won't leave you bored. Great acting and excellent photography. Recommended.
134 people found this helpful

barbReviewed in the United States on June 18, 2020
5.0 out of 5 stars
Intense, nerve wracking. Excellent !
Verified purchase
Wow, Can't believe I watched the entire movie, could not take a break. Didn't think I"d like another hijacking movie but I was so wrong. Very well done, actors all excellent.
119 people found this helpful

DeeMeeReviewed in the United States on June 19, 2020
1.0 out of 5 stars
Stupid, and a waste of time to watch
Verified purchase
You don't let a hijacker inside the cockpit, let him kill the pilot and then leave him alive. You take the glass shiv and cut his throat from ear to ear and let the blood seep underneath the cockpit door. Then you turn on the seat belt light. Tell passengers to buckle in and do barrel rolls until the idiot hijackers have broken necks. What a bunch of stupid crap for a movie.

I admittedly didn't watch it all. Watched exactly half of it and regretted that much. Don't waste your time.
106 people found this helpful

Roshni PatelReviewed in the United States on June 18, 2020
1.0 out of 5 stars
I dislike the negative Muslim stereotypes
Verified purchase
Seemed like a thrilling movie at first, but I was disheartened by the negative Muslim stereotypes perpetuated by the movie by making the terrorists Muslim. Honestly, it shows a lack of creativity on the writers' part.
90 people found this helpful

LI LIReviewed in the United States on June 19, 2020
1.0 out of 5 stars
I agree with the real pilot on these reviews....
Verified purchase
I’m from Coney Island, Brooklyn New York USA BABY! I’m from the real world of wild rides!
There is no way in hell I would sit there as a pilot and just command a stick while there are HI-JACKERS on my plane....MY PLANE!

I would make the following announcement....

“FOR EVERYONE’S SAFETY PLEASE KEEP YOUR ARMS FROM FLAILING AROUND THIS VEHICLE, AND SECURE ALL LOOSE CLOTHING AND SMALL CHILDREN FROM POSSIBLY BEING EJECTED FROM THEIR SEATS.....BUCKLE UP, WE GOING ON A WILD RIDE!”

IF I HAD A WAY OF EMITTING SLEEPING GAS THROUGHOUT THE PLANE, ID GIVE THEM A MUCH NEEDED TIME OUT.

REALLY NOT A GOOD MOVIE. I LOVED GORDON, POOR SCRIPT THO.
65 people found this helpful

Dave LReviewed in the United States on June 21, 2020
5.0 out of 5 stars
Exceptionally accurate
Verified purchase
I'm surprised by the one star reviews. This isn't a feel good movie. It's a gritty film about a terrifying experience that no one wants to go through, however it's also the blueprint for the basic steps necessary for resulting in the least loss of lives. But it CAN'T be a blueprint for hijackers. And being a film, of course, you want your lead character's face to be visible so he's NOT going to mask up, nor are the writers going to be aloud to share, or even be told about, all the tactics pilots will take to counter the hijackers' actions. That information is illegal to discuss, let alone put a movie that wannabe hijackers can see. Instead, this film addresses the mental fortitude it takes to face this kind of situation.
And in spite of what some people may want these situations aren't Die Hard moments. John's not going jump out of his seat; and kill six men though he would likely kill a subdued hijacker in the cockpit to prevent him from doing ANY further damage.
Perhaps people wanted a happier story, but it's rare to have a happy story involving a hijacked plane. People frequently die in spite of everyone's best efforts.
This film depicts the fundamentals that pilots and flight crews are trained to do - even if it means giving up their own lives or having to allow passengers to die. The entire crew is trained to negotiate and to de-escalate a situation - obnoxious, inebriated or rude passengers not withstanding.
With all of this in mind it well written and the acting by the entire cast was superb and SHOULD result in an award winning performance by Gordon Levit-Smith. He's come so far from his youthful beginning on Third Rock From The Sun.
The film is absolutely worth watching even if it lacks details that can't be divulged.
56 people found this helpful
See all reviews
Back to top
Get to Know Us
Make Money with Us
Amazon Payment Products
Let Us Help You
EnglishChoose a language for shopping. United StatesChoose a country/region for shopping.
© 1996-2022, Amazon.com, Inc. or its affiliates