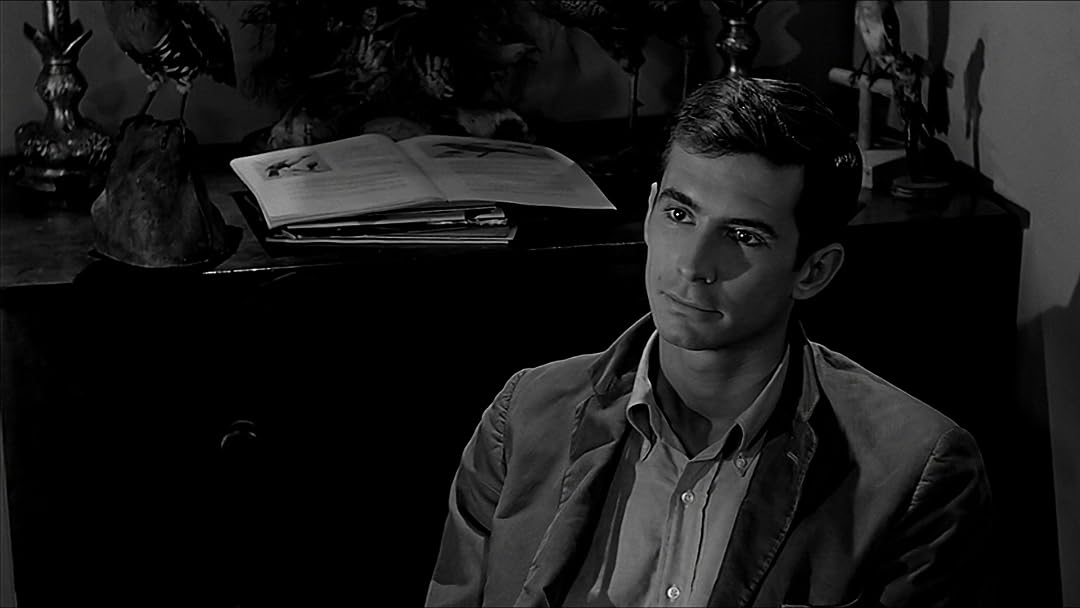 (160)
7.31 h 31 min201716+
Just when you thought it was safe to go back in the shower... Discover how Alfred Hitchcock's Psycho changed film history forever with one shocking scene.

sklemowReviewed in the United States on September 26, 2018
3.0 out of 5 stars
If only Bernard Herrmann could catch the composer in the shower...
Verified purchase
This is a mostly fascinating and entertaining documentary, especially for students and fans of Hitchcock, and the film Psycho in particular. It contains some surprising and novel analysis, and some cherished choices of interviewees (Marli Renfro, Danny Elfman, Illeana Douglas, Jamie Lee Curtis), amidst the familiar and somewhat stale contributions from Hitchcock sycophants like Peter Bodganovich and Eli Roth.

It’s the sort of innovative documentary I would ordinarily enjoy rewatching time and again—were it not for the ghastly and ineffably inept inclusion of a relentless, grating, pseudo-Victorian string quartet that powders you with fleas from start to finish, while you’re trying to listen to the insights of the otherwise dignified cast it is drowning out. It’s the kind of misguided, sophomoric soundtrack that Bernard Herrmann would have furiously chucked right out the window, and I would have gladly helped him—especially if I could have thrown out Elijah Wood (?!?) along with it.

If I can ever find a copy with that sonic detritus removed, I’ll watch it over and over. But someday I’d love to ask the producers of this otherwise brilliant effort what qualifications they thought Elijah Wood and Bret Easton Ellis had to offer to this subject—my only guess is that they were loafing around the studio hoping that someone would make them happen again...

L. SantiagoReviewed in the United States on March 25, 2018
5.0 out of 5 stars
78/52 is an incredibly well-crafted and directed film, which ...
Verified purchase
78/52 is an incredibly well-crafted and directed film, which offers tremendous insight into one of the most signature and innovative cinematic scenes ever created--often imitated and poorly duplicated since Hitchcock's original inception. Alexandre Philippe compiles several guests--including Leigh's body double and Jamie Leigh Curtis, along with other film makers--to offer their insights as well. Today's film makers could learn valuable lessons in how to use pacing more effectively at a time when some films' frenetic pacing caters to a generation without the patience or attention span to watch a film such as Psycho anymore. Hitchcock was THE master, and Philippe does a masterful job of reminding us of this fact.
3 people found this helpful

M. PackoReviewed in the United States on January 3, 2018
3.0 out of 5 stars
My Cabin Reservations:
Verified purchase
Pleased as I was, overall, by this production from fellow Psycho obsessives, I do wish it could have been even better - especially needing to be more technical, less opinion orientated. It is not entirely inclusive of what truly matters.

But first, some applause:

Marli Renfro. The girl in the shower finally gets some way overdue attention (though not nearly enough).
Excellent editing. The often clever way in which various archival sources are used and blended together with the observational scenes is first rate.
Black and white cinematography, thank you very much. Nicely lit and composed scenes, with droll use of sets.
Some excellent commentaries. Particularly Mr. Rebello (though I simply must correct him: Hitchcock's sensibility was NOT "Victorian" in any way. He was born in 1899, so matured during the Edwardian period, and after - which might partially explain his rather
pornographic predisposition). And then, of course, Mr. del Toro, whose opinions about great movies I always find so intelligent, pertinent and so nicely poetic.
David Thomson. The author of The Moment of Psycho, which I have not read, also offers pithy and relevant observations.

Now for the knife:

Not enough technical step-by-step information on how the shower scene was conceived, staged, lensed (not a single mention of Hitch's 50 mm specificity for EVERY scene in the movie) or rehearsed: Here is where more of Marli Renfro's anecdotes
would have been so much more worthwhile.
Richard Anobile's 1974 frame-by-frame book not given its due credit.
Not even a mention of Ed Gein?
Couldn't Robert Bloch be thrown a few more crumbs?.
Not enough cultural context - other than Colavito and Roth's rather doctrinaire ramblings - on how Hitchcock wryly took advantage of the current drive-in, William Castle, Hammer Films, box-office trend in fashioning Psycho to his complex advantage.
An annoying string quartet score which does very little to echo or emulate the dread and melancholy of Bernard Herrmann's magnificent, monumental score - which, sadly, is also given short shrift.

Finally: I simply could not abide the way some of the invited viewers so breezily assumed that their rather mediocre opinions were informed by some sort of inside information, as if they were there in the editing room, or were privy to Hithcock or Tomasini's methods and decision making process. For example: the rather glib conclusion that Bates' decision to murder Crane was made during the "Asylum" soliloquy is purely subjective; the more likely moment is after he has done spying on her through the peephole.

Nevertheless, I am glad that this sort-of documentary was made, and do encourage anyone at all interested to give it a not too baleful look.

chrispyReviewed in the United States on June 23, 2018
5.0 out of 5 stars
Great documentary
Verified purchase
Great background on one of the most iconic movie scenes ever. They do pack plenty of very interesting information in this documentary.
2 people found this helpful

Kindle CustomerReviewed in the United States on February 16, 2018
4.0 out of 5 stars
Four Stars
Verified purchase
Not as good as the preview promised, but it was REALLY interesting.
4 people found this helpful

Theodore StoneReviewed in the United States on June 18, 2018
5.0 out of 5 stars
Five Stars
Verified purchase
What a wonderful film about Hitchcock's work on Psycho!
2 people found this helpful
See all reviews
Back to top
Get to Know Us
Make Money with Us
Amazon Payment Products
Let Us Help You
EnglishChoose a language for shopping. United StatesChoose a country/region for shopping.
© 1996-2022, Amazon.com, Inc. or its affiliates