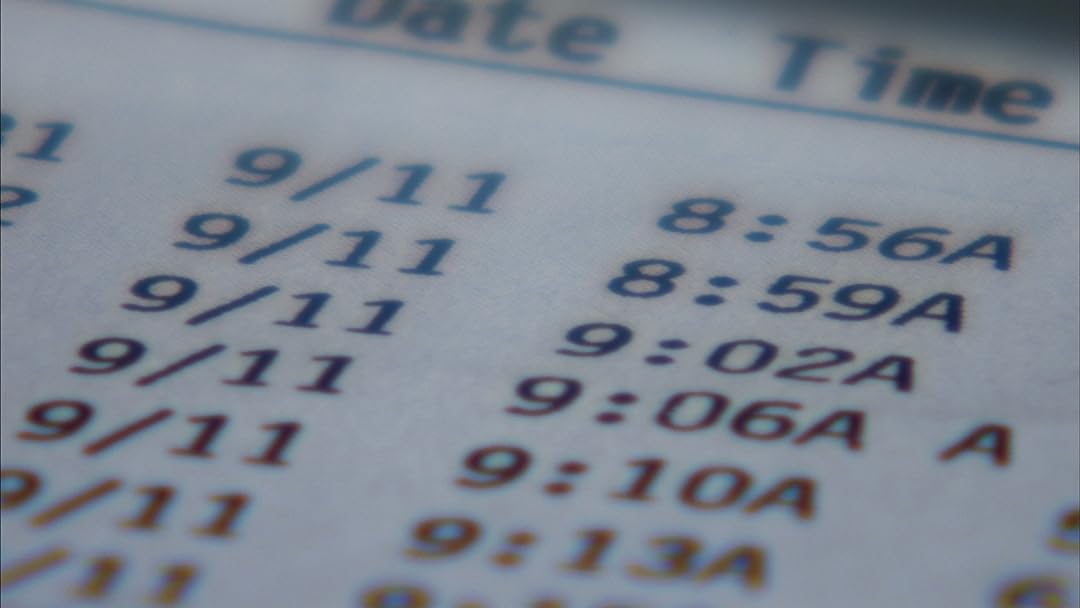 9/11 Phone Calls from the Towers

(51)
7.61 h 13 min200916+
September 11th 2001 is the most terrifying and enduring tragedy of our time. The images of that day stay with all of us; but for many, the most powerful legacy of that fateful day is the voices calling from inside the towers, whether telling loved ones they were safe, saying goodbye when all hope was lost, or even seeking comfort from strangers in a desperate call for help.

PookobutaReviewed in the United States on July 11, 2021
2.0 out of 5 stars
Reliving 9/11 after the pandemic - trauma diminished
Verified purchase
I was born in NYC, and worked in and around the Twin Towers for over a decade before they fell. I remember the long way up where you had to switch elevators in a mid-level lobby to go to the top floors. On the ground floor, there was a distinctive chime that rang whenever an elevator came down and was about to open up. The carpet was I think lavender colored? and very thick, which was great when you were wearing heels. But working there, from the inside, if you weren't an executive with a window office, chances were you would be surrounded by walls without a view of the outside all day. You might as well been working underground except on windy days, you could feel the building swaying. I'd say, if you weren't near a window, it was not a great place to work, the World Financial Center across the highway is better if you want that kind of ambiance. I had a premonition going back to before 9/11, maybe from the bomb that hit the parking garage a few years earlier(that story is long forgotten now) that this was not an ideal place to work. So when 9/11 happened, I was clear across the country in California, watching it all unfold on the news.
And now watching this documentary after the pandemic, the latter still unfolding from a historical context, makes me wonder if people who were not born during the incident will feel the reality of what took place, the humanity behind the facts, the way those who experienced it, even at a distance but in real time would feel. In a hundred years, the footage will look so dated, that a documentary of this kind will mostly be important to historians and much more difficult to relate. Like people in my generation might have difficulty relating to the horrors of the Battle of Gettysburg during the Civil War if we could hear the personal accounts on a recording.

I think for the time being this serves as a memorial to the people who were there and their families. But to the rest of us, even someone like me who knew the place first hand, I found it less moving than I expected, a distant past. Honestly, I got bored and fast forwarded when the accounts felt repetitive, felt a little guilty, but there it is. I saw footage of the new One World Trade Center and was glad it looks so different on the ground floor though I think what looks spacious is a nightmare for anyone having to commute to work and walk all that distance on a daily basis.

My low rating is that it is a small memorial of the few who were involved and the scope is very narrow and repetitive. I'm sure some people made phone calls and survived but there are no interviews with them so this is just those who died which feels kind of skewed and overtly made to tug on heartstrings. The intensity of the emotions are subjective so I can only say, I feared watching it would be traumatizing and found it less so perhaps because I'm an outsider afterall to what took place. There is no strong conclusion to tie the stories together nor putting it in context with some kind of cohesive conclusion useful to the present. It's definitely an emotional gut wrenching account but maybe its the aftermath of the pandemic where hundreds of thousands died (including in New York City), where so many died alone isolated from their loved ones, some horrifically as well, and still dying, and the new heroes are the healthcare workers and other essential workers - so in that context the emotional impact of 9/11 seems to be receding more and more into the past. Maybe I've just gotten cynical and notice when the content is merely to play to the emotions for viewer counts.

10bac10Reviewed in the United States on September 30, 2018
5.0 out of 5 stars
Sadly Compelling
Verified purchase
I was afraid this would be morbid, but decided to watch after reading the other reviews. It's sad, to be sure - it's impossible to really grasp what it was like for the people in those buildings and for their loved ones receiving the calls, but I felt grateful on their behalf. All of the survivors were so gracious and loving. I like to pretend I'd be like that (especially Anne Mulderry, mother of Stephen), but I honestly don't know if I could be. Blessings on all of them and everyone else who died in that collective tragedy. It is worth watching.
18 people found this helpful

TravisReviewed in the United States on October 17, 2019
5.0 out of 5 stars
a seldom seen perspective about the tragedy we won't soon forget
Verified purchase
This isn't one of those films you want to watch but a film you need to watch like most 9/11 films. The families that allowed the tapes to be used were gracious and thoughtful to allow the world to hear their loved ones last call. I think these events are important to remember, in particular 9/11 brought people of the U.S. together at least for a little while. The film was well put together and just discussed the facts and the accounts of the victims without sensationalizing the event. I can't imagine being in that situation and this film gave me a glimpse into what it might have felt like to be there. Thank you again to the families that allowed the recordings of their loved ones to be used.
8 people found this helpful

M. CordovaReviewed in the United States on September 11, 2019
5.0 out of 5 stars
False Flag
Verified purchase
So sad.....and; all the more horrific that it was an inside job. I would like to think that there is a special place in hell for those that are truly responsible for this ; such an evil plan.
12 people found this helpful

James ThackerReviewed in the United States on September 13, 2018
5.0 out of 5 stars
Beautifully done albeit difficult to bear
Verified purchase
Very difficult to watch but worth every second. Appreciate the families and filmmakers involved in the production of this film. The perspective from the surviving family members & the last words of the victims touched my heart. Brought me back to the day it happened in respectful remembrance of those affected the most.
17 people found this helpful

AnanomousReviewed in the United States on September 18, 2021
4.0 out of 5 stars
Worth the watch
Verified purchase
9/11 happened less than 2 weeks before my 4th birthday, and as someone pursuing a Master's in History, I have always wished I could remember it. People only a couple of months older than me remember that day clearly, but all I remember is going to church the next Sunday and people asking if I knew what had happened and me saying "yes." I want to remember and I hate that I can't, but watching films like these help me to get closer to understanding what it must have been like, the trauma that our country went through, and the importance of keeping this 9/11 in our national consciousness.
One person found this helpful

Lillian LiReviewed in the United States on August 8, 2020
5.0 out of 5 stars
raw and emotional and sad and real
Verified purchase
I was very young when it happened, and I lived in a different country then.
I remember seeing it on TV, and not comprehending anything more than the fact thousands of lives were lost in New York City. I had no idea what terrorism even was.
Now, as an adult, after watching this very emotional documentary, hearing these intimate stories, these last phone calls, and response from families dealing with tremendous loss. I see the depth of evil humans can do, but I also see the love we can give.
6 people found this helpful

Steve McKinnisReviewed in the United States on September 12, 2021
5.0 out of 5 stars
Riveting.
Verified purchase
I remember someone from work called me and said, "Turn on CNN." I did. It was mind blowing, I remember my first words, "Is this real?" and the only other thing I remember that day was repeating over and over again, "Why did the Towers fall?" This though, this brings the human casualty, the human loss and families who lost loved ones, home in a way that is emotional, heart wrenching and profoundly meaningful. This strips away feeling like a voyeur or just an observer to feeling what they felt and feel and hoping above all hope that others will watch and realize what an act or cruelty can truly do when they innocent are targeted. The resilience of these people, who've suffered a great loss, the strength they have to carry on and still remember and the sounds of those they remember forever saved making a simple voice message a marker for a life cut short.
See all reviews
Back to top
Get to Know Us
Make Money with Us
Amazon Payment Products
Let Us Help You
EnglishChoose a language for shopping. United StatesChoose a country/region for shopping.
© 1996-2021, Amazon.com, Inc. or its affiliates