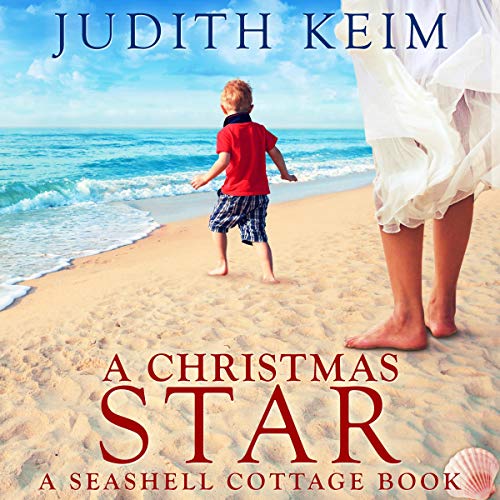 Two years ago, Noelle North’s then-fiancé left her waiting at the church on Christmas - her wedding day and birthday. Now, she knows she cannot endure another holiday season at home in Boston. At the urging of four women at the assisted-living community where she serves as health director, Noelle decides to rent Seashell Cottage on the Gulf Coast of Florida for the holidays. She meets Silas Bellingham, the cutest seven-year-old boy she’s ever seen, and his great-grandmother, Althea.

Noelle discovers Althea’s caretaker has been abusing her and goes into action, ending up with the temporary care of both Althea and Silas. Becoming part of the Bellingham household has an entirely different series of challenges when it comes to Althea’s grandsons, Jake and Brett, who are having problems of their own with hotels to run and their parents missing in a plane crash.

But after sparring with her, Silas’ father, Jake, realizes Noelle is just what he and his family need, and when she finds the perfect Christmas star for Silas, they both know he’s right.

Jennifer Lara
VINE VOICE
3.0 out of 5 stars An enjoyable Christmas romance
Reviewed in the United States 🇺🇸 on November 25, 2022
Verified Purchase
A Christmas Star by Judith Keim. It is the first book of the Seashell Cottage series which are standalone books all connected by the cottage. Two years ago, Noelle North’s fiancé left her at the altar on Christmas Day. She cannot endure another holiday season at home. She rents the Seashell Cottage on the Gulf Coast of Florida for the holiday. One day while walking along the beach, she meets Silas Bellingham, a young boy, and his dog, Duke. Noelle comes to learn that his great-grandmother, Althea, is being abused by her caretaker. A trained nurse, she is spurred into action. Soon she meets Silas’ father, Jake. Jake and Noelle immediately start butting heads. After getting off on the wrong foot, Jake realizes that Noelle is just what the family needs. Can the Christmas season be healing for them all?
A Christmas Star is a story of healing and the miracles of Christmas. All the characters are nursing broken hearts and hurts from broken relationships to the death of the loved one. Each character finds themselves opening up to new love and new possibilities as well as healing and learning to move on. Noelle has a heart for others but hides her own broken heart. Jake is a broken man who has poured himself into his work. And a little boy whose innocence and wonder will bring them together. It has a Hallmark holiday feel. It is a great read for the holiday season or any time one wants to recapture the magic and possibilities of Christmas and love. It is a sweet, second chance romance with a bit of Christmas magic. I recommend A Christmas Star.

Auds
4.0 out of 5 stars Clean Christmas romance.
Reviewed in the United States 🇺🇸 on January 2, 2022
Verified Purchase
A Christmas romance with 2 people who have been hurt by past relationships. Noelle, a nurse in an assisted living facility, is on vacation in Florida. Several of the ladies from her job helped set up the vacation. She is very close with them and that part if the story is well done. She meets Silas, a little boy living down the beach with his grandmother and widowed father. Noelle meets Silas on the beach and they bond instantly. Noelle recognizes his grandmother is being abused by the caregiver and gets involved with the family. Jake, Silas's Dad, thinks she's bossy and they don't care fir each other at first. There are great descriptions of the setting, their family business, and of the growing friendships. The one negative is the quick story of Noelle meeting Martin, nephew to one of the ladies at Noelle's job. It was a bad description of the gay stereotype and an unfortunate inclusion in an otherwise good book.
Read more
One person found this helpful
Helpful
Report abuse

Avalon
5.0 out of 5 stars Christmas romance
Reviewed in the United States 🇺🇸 on February 22, 2022
Verified Purchase
Just finished this wonderful book. Noelle works at a retirement centre and is very close with 4 of the elderly women. As a treat they booked a seaside cottage for her in Florida so she could have a break. She loves the cottage and while out jogging on the beach befriends a small boy who is staying with his grandmother. After seeing that the new caregiver is abusing her, she orders her off the property then phones the boys father. She ends up being involved with the family and life suddenly takes on new meaning
Read more
One person found this helpful
Helpful
Report abuse

Beverly
5.0 out of 5 stars Heartwarming
Reviewed in the United States 🇺🇸 on January 17, 2022
Verified Purchase
A CHRISTMAS STAR is the most heartwarming story I have read! Judith Keim gives readers a story which is hard to put down and one which is filled with many happily ever after moments!

Moving on can sometimes be the hardest thing a person can do, but in this book the main characters persevere and find themselves in the place they had desparately longed be and with the person they thought they'd never find.

A CHRISTMAS STAR left me with the warmest feelings of contentment and happiness. Ms Keim's books never disappoint and I absolutely love reading her works!
Read more
One person found this helpful
Helpful
Report abuse

R.H. McCort
5.0 out of 5 stars Beautiful Christmas Story
Reviewed in the United States 🇺🇸 on December 23, 2019
Verified Purchase
I thought I had previously read this story, but realized when checking the books in my que that I hadn't and what better time than at Christmas. Noelle North a nurse with New Life Assisted Living Community in Boston is headed to Seaside Cottage for a much needed rest. Life hasn't been easy for Noelle two years ago on Christmas Day, her fiance Alexander Cabot left her at the alter to marry his best friends wife. Its the first day on this beautiful silk sand beach when a 7 year old little boy Silas Bellingham approaches Noelle on the beach and the story unfolds. Althea Bellingham is being abused by her caretaker who Silas calls Mrs. Wicked. Noelle takes over, ushering Mrs. Wickstrom out of the house, calling Silas father, Jake who is in New York handling business with the Bellingham Hotel Chain and the story begin unfolding. Its a beautiful well written Christmas story and as always Ms. Keim leaves you in love with the characters she writes about and wanting more
Read more
4 people found this helpful
Helpful
Report abuse

Gina U
4.0 out of 5 stars A Feel Good Read
Reviewed in the United States 🇺🇸 on December 17, 2021
Verified Purchase
Story caught my interest from the beginning. Pretty much read in one sitting. Storyline is a bit predictable, but all in all was a relaxing, clean, quick read. I look forward to reading more from this author.
Read more
One person found this helpful
Helpful
Report abuse

Kindle reader
5.0 out of 5 stars Good read
Reviewed in the United States 🇺🇸 on June 13, 2022
Verified Purchase
A cozy romance that blossoms between two previously hurt-by-life people brought together by their love for young Silas. The characters were likeable and relatable.
Read more
One person found this helpful
Helpful
Report abuse
See all reviews

Angie Hackett
4.0 out of 5 stars Intriguing read.
Reviewed in the United Kingdom 🇬🇧 on December 15, 2021
Verified Purchase
This, for the most part, was an interesting read. The romance was a slow burn with a big finish. The plot was solid enough and it was nice to see the couple work out things easily instead of the usual trope the couple separating because things are ‘complicated’. This was a sweet and easy read.
Read more
Report abuse

Jacky
4.0 out of 5 stars Cheery loving read
Reviewed in the United Kingdom 🇬🇧 on February 25, 2022
Verified Purchase
The story has an original background theme, which includes beach memories dear to my heart, with thought provoking ideas for the reader to use themselves.
Read more
Report abuse

Pauline Pullum
5.0 out of 5 stars Perfect read for Christmas..or any time
Reviewed in the United Kingdom 🇬🇧 on December 10, 2021
Verified Purchase
Fresh characters and storyline. A satisfying read and so enjoyable you dont want to put it down. Recommended to those who enjoy a well written wholesome read.
Read more
Report abuse

Jean Kerr
5.0 out of 5 stars A Christmas wish
Reviewed in the United Kingdom 🇬🇧 on December 19, 2021
Verified Purchase
A feel good read. Characters that are easy to understand and relate to, from a young boy to an ageing nana.
Read more
Report abuse