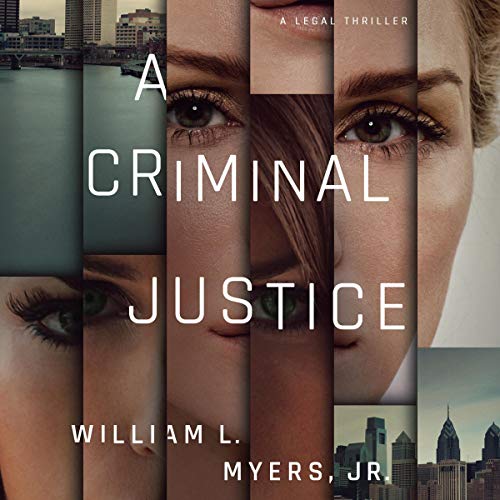 Mick McFarland is stunned when he's arrested for murdering business tycoon Edwin Hanson, brother to David Hanson - one of Mick's former clients. Mick is even more shocked when he's confronted with the incriminating evidence: surveillance footage of him stalking the victim and pulling the trigger.

As Mick's legal team fights against windmills trying to beat the prosecution in court, his wife, Piper, journeys across the country, trying to win her husband's freedom by going after the man she is convinced is out to destroy Mick and David both. What she doesn't anticipate is that David's wife, Marcie, is on a similar mission to shelter her own husband. And the two women may not be on the same side.

Piper has it all right...and all wrong. And her time is running out. Will she be able to save her husband from conviction and clear his name?

Enjoy a free audiobook + more
Learn more about Membership
List Price: $30.09
You Save: $4.10 (14%)
By completing your purchase, you agree to Audible’s Conditions Of Use
Sold and delivered by Audible, an Amazon company
Share

4.4 out of 5 stars
4.4 out of 5
878 global ratings
How are ratings calculated?
To calculate the overall star rating and percentage breakdown by star, we don’t use a simple average. Instead, our system considers things like how recent a review is and if the reviewer bought the item on Amazon. It also analyzes reviews to verify trustworthiness.
Top reviews

Gabi Rosetti
5.0 out of 5 stars ..."crazy is all she has left, and she’s going to run with it." ...
Reviewed in the United States on March 29, 2020
Verified Purchase
This is one of those books you want to prepare for: lock the doors, turn off the telephones, grab a glass of wine (okay, a few glasses), curl up in your chair and settle in for an entertaining read...

With the fourth book in the PHILADELPHIA LAW series, William L. Myers, Jr. has really outdone himself! He has masterfully interwoven several storylines — each one outstanding — and presented an intriguing fast-paced legal thriller. A CRIMINAL JUSTICE grabs your attention at the prologue, holds you hostage and keeps you guessing until the end — everything I like in a legal thriller!

I knew some people were guilty of something, but I did not who did exactly what... I thought Mick McFarland was not guilty of murder, but the evidence against him was overwhelming... I love the way the story unfolded, where the reader was given small clues sprinkled throughout the novel... There were more than a few shocking twists that I did not see coming... The suspense kept me turning the pages into the early morning hours, it was that good!

AfterThought: I had to laugh when I saw the multi-billion dollar social media company was called MyFace ("a company whose social platform was designed to foster human connection")...
Read more
17 people found this helpful
Helpful
Report abuse

Mindo'ermatter
TOP 1000 REVIEWER
4.0 out of 5 stars Most Dramatic Book in Series! WOW!!
Reviewed in the United States on April 24, 2020
Verified Purchase
The book begins with a murder and everything goes downhill from there. How do you defend yourself when you're not sure you didn't do it? Yikes!

Philadelphia Legal attorney, Mick McFarland is back in full force, but this time there's an ironclad murder case against him, and his whole world is falling apart. Yikes again!!

For those who like this series, you'd better make time to read it as quickly as possible. You won't want to put it down. If you haven't begun the series yet, this is a great standalone book too, so don't wait.

A legal, crime novel filled with lots of action, drama, and conflict, the tensions grow with every page. If Mick's not the real killer, then who is? What happens when the rich and powerful all seem to want Mick dead or convicted of first degree murder?

Warning: You must pay close attention! Although I thoroughly enjoyed reading the book, the many characters and interactions forced me to keep detailed mental notes of who, what, and where. Ugh!

If your sensitive to coarse language, there are some rough spots, but these are usually situational or character specific. Otherwise, this is a great thriller that will have you guessing right up to the end.

Perfect escape read from everything thing else you don't want to do or think about right now.
Read more
12 people found this helpful
Helpful
Report abuse

Michael Weis
5.0 out of 5 stars The twists never stop
Reviewed in the United States on June 10, 2020
Verified Purchase
All of the books in this series are complex, have constant plot events, and end with one twist after another.
All of the "surprises" were foreshadowed. Every aspect seems plausible (if not likely).
But, unless you have a clear recollection of the other books in the series, you'll be slogging for a while before you piece it all together. It is a true Serial story - each building on the priors but standing alone convincingly.
Read more
5 people found this helpful
Helpful
Report abuse

Kindle Customer
5.0 out of 5 stars Slap Down
Reviewed in the United States on March 29, 2020
Verified Purchase
By the end of the story I could tell this series isn’t over. My only request is for Tredesco to be dealt a slow agonizing departure. Don’t keep me waiting too long for the next installment.
Read more
7 people found this helpful
Helpful
Report abuse

Amazon Customer
5.0 out of 5 stars Overloaded
Reviewed in the United States on May 30, 2021
Verified Purchase
This book had a lot of moving parts. Good story. I enjoy a story that grabs my attention from page one and carries
me through to the end. I still don't think I'm clear about Jennifer Yamura's killer. Which of the three men killed her or was
it Marcie or her brother, David? Why was Isabele Yo so heavily vested in Mick being guilty and receiving death penalty. Was
she doing it because of Devlin Walker? What happened to Tredesco and his sarcastic mouth? The epilogue should have ended
with him in a restaurant eating crow. Did Murphy return to the police force? I really wished Ebling had been one to turn the tables
and David Hanson. I don't think I'll just write my own Epilogue.
Read more
Helpful
Report abuse

Kindle Customer
4.0 out of 5 stars Me
Reviewed in the United States on July 16, 2021
Verified Purchase
J: This started out pretty good with an intriguing plot, but at about half way I started losing interest and skimming over unnecessary parts that did nothing to drive the storyline forward. There were too many characters to keep up with, too much description of every place and way too much reflection of useless background information.
UPDATE:
Oh, but the amazing courtroom drama made it all worth it.
Read more
One person found this helpful
Helpful
Report abuse

Martin F
5.0 out of 5 stars Amazing Art Work.
Reviewed in the United States on June 10, 2020
Verified Purchase
I enjoyed every single one of his books. I waited for this book to get released and when it did, I felt a sense of enjoyment to read an amazing piece of art. This is an piece of art that I can just sit back, get lost, and enjoy every moment. I highly recommend this book just like the others. I don't know how I came across this amazing work of William L. Myers, Jr. but it was worth it discovering.
Read more
2 people found this helpful
Helpful
Report abuse

Kindle Customer
5.0 out of 5 stars I can't think of enough adjectives to recommend this book. Superlative!
Reviewed in the United States on June 19, 2021
Verified Purchase
Hope you've read the 3 prior books in this series (hope the 5th is being written NOW!). All are wonderfully suspenseful . I wanted to cheat and skip chapters to get to the end, but refrained. I stumbled into this writer & series thru my Kindle Unlimited subscription, thank you, thank you!!! All the books were simply a magnificent treat to read. However, I highly recommend you read them in order. Now to the author, Mr. Myers Jr., please let's have the next one deal with pesky varmints Devlin & Tredesco.
Read more
Helpful
Report abuse
See all reviews

Amazon Customer
5.0 out of 5 stars Brilliant
Reviewed in the United Kingdom on December 18, 2021
Verified Purchase
I have all 4 of this series and have read nearly 3 - I love court case novels and these all have a twist towards the end - I fully recommend this series and hope for more .
Read more
Report abuse

MRS LW
4.0 out of 5 stars Good series
Reviewed in the United Kingdom on July 20, 2021
Verified Purchase
I read the full series at once so it was good to follow the characters on.
Read more
Report abuse

Linda Pfeiffer
5.0 out of 5 stars With a twist and a turn this legal thriller will make your head spin
Reviewed in Canada on October 20, 2021
Verified Purchase
This is the fourth in a series of legal thrillers from William Meyers, Jr. He has the most spectacular way of keeping all the plates spinning in the air until the last moment when he catches them all in one huge display of balance and movement. I have read each of the books in his series and he continues to make us remember how his legal strife began without boring us with too much history from the past but just enough to induce those memories and make this case, his own case, his most powerful book to date. The writing is excellent, the plotting superb, and the climatic twist . . . well I'll just say I didn't know for sure until the last page. I don't know how he can outdo himself again, but I will be waiting eagerly for his next in the series.
Read more
Report abuse

Amazon Custom
5.0 out of 5 stars Great read
Reviewed in Australia on October 25, 2021
Verified Purchase
Really enjoyed this read. I am looking forward to reading more of your books. I am more than happy to recommend it to my family and friends.
Read more
Report abuse
See all reviews
Back to top
Get to Know Us
Make Money with Us
Amazon Payment Products
Let Us Help You
EnglishChoose a language for shopping. United StatesChoose a country/region for shopping.
© 1996-2022, Amazon.com, Inc. or its affiliates