The Kindle title is not currently available for purchase
You've subscribed to Inspector Rebus Novels! We will preorder your items within 24 hours of when they become available. When new books are released, we'll charge your default payment method for the lowest price available during the pre-order period.
Update your device or payment method, cancel individual pre-orders or your subscription at
Your Memberships & Subscriptions
There was an error. We were unable to process your subscription due to an error. Please refresh and try again.
Share <Embed> 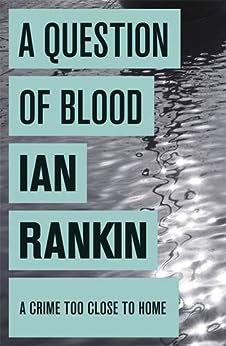 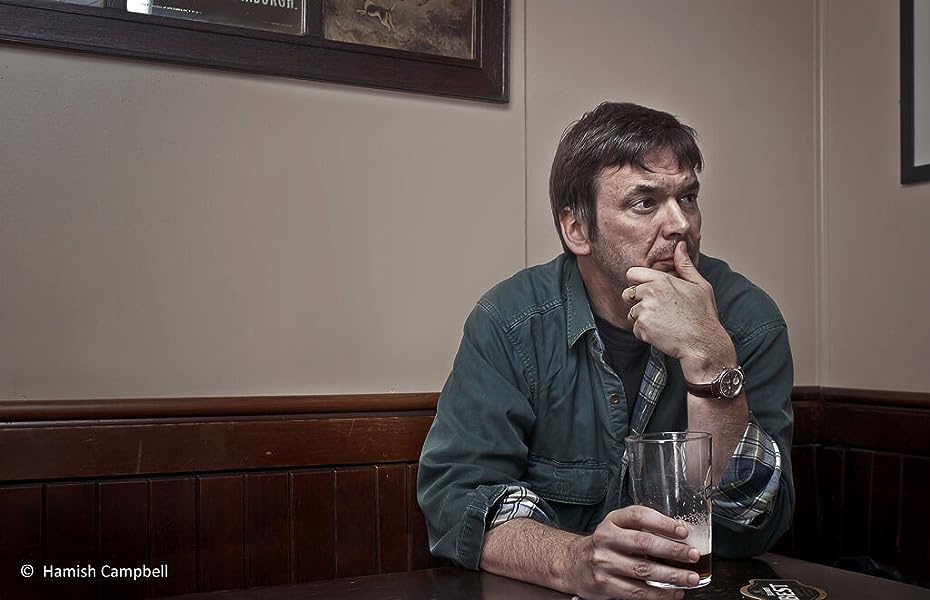 A Question of Blood

Format: Digital
Book 14 of 23: Inspector Rebus Novels
See all formats and editions
Sorry, there was a problem loading this page. Try again. 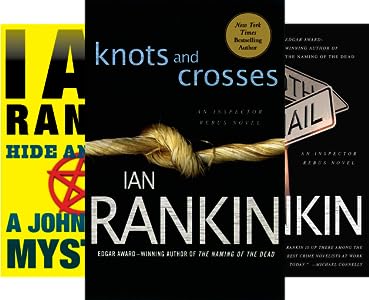 4.5 out of 5 stars
4.5 out of 5
842 global ratings
How are ratings calculated?
To calculate the overall star rating and percentage breakdown by star, we don’t use a simple average. Instead, our system considers things like how recent a review is and if the reviewer bought the item on Amazon. It also analyzes reviews to verify trustworthiness.
Top reviews

Amazon Customer
5.0 out of 5 stars You can't go pass this author
Reviewed in the United States on July 4, 2019
Verified Purchase
I have to let you know how good this author is....well I love him and his writings. I have read all his Inspector Rebus novels, plus his first "The Flood" and I can't find enough superlatives to describe how good he is. I halfway through his Malcolm Fox "Complaints" it is so good I don't want to put it down. I rate Ian Rankin as one of the top 10 authors of the world. I hope he keeps in writing great books. I'm sure you won't be disappointed in his work...give him a go.
Read more
One person found this helpful
Helpful
Report abuse

Sam&Fred
5.0 out of 5 stars WOW! Rankin hitting his stride with this one!
Reviewed in the United States on December 30, 2020
Verified Purchase
COVID-19 has kept me at home. So,I’ve been seeking good reads. I started with Rebus #1, and have been reading a book a week. I have enjoyed the Rebus series, but this one is incredible. This book could make a full length movie. Great character development and story continuity make it easy to stay connected with the plot. Rebus seems even more human in this book.
Read more
Helpful
Report abuse

Fred Camfield
4.0 out of 5 stars A complex plot
Reviewed in the United States on March 11, 2004
Verified Purchase
Edinburgh is on my list of favorite cities. I considered it a safe city for walking around, so it was interesting to read a novel about the underside of the city. This is generally a good novel, but the criminals seem a little inept and do improbable things to call attention to themselves. There may be a few too many subplots which can create excess baggage to the main plot, especially when the plot is compressed into a time schedule of about a week.
The main plot concerns the shooting of three students at a private school and the suicide of the alleged gunman. Two of the students are killed by shots through the head. The third is wounded and is the only witness. It appears a cut and dried case of a murder-suicide by an intruder into the school, but their are questions about motive. The intruder is a former member of the Special Air Service (SAS), and the appearance of two military investigators compounds matters. What are they looking for? There are questions of Post Combat Stress Syndrome.
There is a subplot about charges against DI John Rebus, accused of arson and murder. There is a subplot concerning drug smuggling (by some individuals who do dumb things, but criminals often get caught tripping over their own feet). There is a subplot about teenage gangs. Matters are brought up about John's relatives, and incidents in his past life including his military service. Various strange characters wander through the plot. As the plot progresses, events tie together various people and events.
The Epilogue raises the question of whether well placed people can be convicted of crimes, especially when they have the funds to hire top-of-the-line legal assistance.
Read more
One person found this helpful
Helpful
Report abuse

M. C. Crammer
5.0 out of 5 stars I listened to the audiotape of this mystery
Reviewed in the United States on November 8, 2004
Verified Purchase
Which is a good way to "read" Rankin -- you have the accents done more or less properly, and the leisurely pace of the tapes forces you to savor the details without rushing through it to find out what happens next (also keeps you from peeking at the ending!)

The plot involves an apparently irrational shooting in a private school in a town that is now a suburb of Edinburgh -- a former commando has apparently killed two youths, wounded another, and killed himself, for no discernible reason. The question for the police is not who but why. Hard-drinking and highly independent DI Rebus gets involved, although he is handicapped by having two scalded hands and an investigation against him underway (did he kill the scoundrel who burned to death in a fire about the same time as Rebus's burns? Rebus was the last person seen with him.) Rebus takes Siobhan Clarke along to take notes. As usual, Rebus is trying to get to the truth despite his troubled relationships with colleagues, superiors, news reporters, and army investigators. The book involves a lot of conversations with a lot of people, and Rebus is drinking so much it's amazing that none of his superiors have noticed that he's an alcoholic. (I can't believe that level of drinking is considered normal, even in Scotland!)

I love Rebus, and I love this series. Some of the books in the series are better than others, and I found this one of the better ones. I can't say I was totally surprised by the ending, but in Rankin's books, that's really not the point or the main pleasure -- these have the literary quality of novels and I read them as such.
Read more
4 people found this helpful
Helpful
Report abuse

G. Laverock
5.0 out of 5 stars Rebus explained, or is it?
Reviewed in the United States on October 7, 2015
Verified Purchase
A complex and thought provoking story, believable in most aspects but with many twists and turns. We know from previous Rebus books that he is a complex character, definitely not a team player, in this book we learn some of the reasons why. His early background, not completely explained, but enough detail to form your own opinions, his army career shaped his future outlook, once he joined the police service. Not a lover of authority and command structure which gets him into trouble, but his attention to detail and painstaking tracking finally overcomes the heavy hand of his superiors. This one is, if you are looking for intrigue, plot and counter plot, bolshie nature of the main character, one for your collection. Don't take my word for it, read it.
Read more
4 people found this helpful
Helpful
Report abuse
See all reviews

There was a certain poignancy about re-reading this novel which opens with the immediate aftermath of a gunman entering a prestigious private school and killing two pupils and wounding another before turning his weapon on himself as news broke of yet another mass-shooting on an American campus, this time in Roseburg, Oregon. On the other hand, that is now such a frequent occurrence that almost any time I might have revisited this novel would have clashed with such an outrage.

The gunman was identified as Lee Herdman, a readily-recognised figure around South Queensferry where he owned a motor boat and gave water skiing lessons and took tourists for trips around the various islets in the Firth of Forth at breakneck speed. After news of the killings broke it very soon emerged that Herdman was an ex-soldier and had, in fact, been a member of the SAS. Very soon the killings are being described as a combat veteran 'losing his marbles' or 'throwing a maddie'.

It is not Rebus's case but he is pressed to assist the investigation in view of his own experiences in the army, and his (failed) attempt many years before to join the SAS. He is, however, beset with other problems. His hands have been hideously scalded, leaving him virtually helpless and unable to perform even the simplest of manual tasks. Meanwhile, a small-time criminal who had been stalking Rebus's colleague Detective Sergeant Siobhan Clarke and making her life a misery, is found burnt to death in his own home, having been seen drinking with Rebus earlier that evening. It doesn't take the senior management team at Lothian and Borders Police long to add two and two together, though it is not clear whether they are making four or five. In the meantime, he and Clarke are helping out with the school killing, uncovering a morass of tensions within the school and among the pupils' families.

This novel features all of Rankin's customary skill. The descriptions of Edinburgh are as clear and haunting as ever, and the two glorious bridges seem to loom over South Queensferry in a menacing way. There are several subplots, all of which are dextrously managed, and the characters are as plausible as ever.
Read more
11 people found this helpful
Report abuse

Kindle Customer DJP
5.0 out of 5 stars Another gripping instalment
Reviewed in the United Kingdom on July 30, 2021
Verified Purchase
Rebus at his best. Never far away from hot water and problems with his superiors, Rebus finds himself under suspension in the middle of a murder inquiry. He battles on almost fighting with his own demons as much as with the underworld he is trying to put away.
Great story that runs at a good pace throughout, as usual throwing up the odd clue to the reader and also the twist and turn you expect from a Rebus tale.
Loved it can’t wait to start the next in the series.
Read more
Report abuse

Deborah
2.0 out of 5 stars Disappointing
Reviewed in the United Kingdom on May 25, 2018
Verified Purchase
Rankin has relied on previous books to develop the character of Debs, assuming that people will have read these first. That leaves this book as a weak stand alone novel, with little character development and some rather trite and cliched prose. Not was I was expecting for my first Rankin read.
Read more
One person found this helpful
Report abuse

Eleanor
5.0 out of 5 stars Not the best one.
Reviewed in the United Kingdom on May 14, 2020
Verified Purchase
I have read almost all of Ian Rankin's books and thoroughly enjoyed them. This was the first I struggled with. A bit slow going and a bit too detailed. However the final chapters were exciting. Not his best.
Read more
Report abuse

Alastair Wilson (Author) Santiago On Two Feet
5.0 out of 5 stars Another very enjoyable Rebus novel with excellent twists and turn of events.
Reviewed in the United Kingdom on October 1, 2020
Verified Purchase
There are many different build ups to the end results of this well engineered book and it gets you gripped to read on and on as you feel for Rebus in his many hours of need. A really great read.
Read more
Report abuse
See all reviews
Back to top
Get to Know Us
Make Money with Us
Amazon Payment Products
Let Us Help You
EnglishChoose a language for shopping. United StatesChoose a country/region for shopping.
© 1996-2021, Amazon.com, Inc. or its affiliates