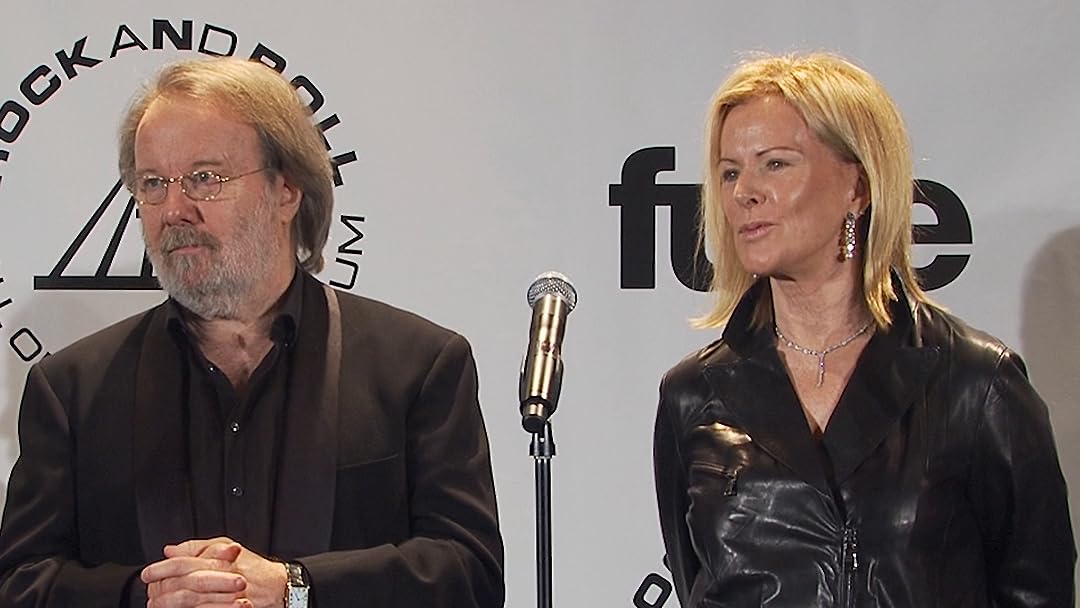 (17)
55min201913+
Few bands have been able to dominate the industry in the same way as ABBA. Follow their journey to celebrity stardom, through archival interviews and performances from ABBA, with added inside knowledge from leading industry professionals.

Mary B.Reviewed in the United States on September 9, 2019
3.0 out of 5 stars
AVERAGE - COULD HAVE BEEN SO MUCH BETTER
Verified purchase
Personally, I love ABBA, the movie's, Mama Mia & Mama Mia - Here We Go Again (even though there were some glaring mistakes in the story time line). I enjoyed learning about the background of each ABBA singer. I was a bit confused about the difference in the story about the one member's younger years because another documentary film stated she was brought to Sweden by her mother because the children of Nazi soldiers were being discriminated against & often put into asylums.

At any rate, that was enlightening as well as interesting. Learning that they made a great deal of money didn't bother me - how could anyone not realize that. However, that they deliberately chose not to try to avoid the high taxes through changing their citizenship, etc. was admirable. That they used the laws of Sweden to invest their money to avoid such high taxes didn't bother me either. At least they were loyal to their country & they didn't lie about taking advantage of Sweden's income tax laws.

I would have preferred to have seen how they went about creating their songs from start to finish than some of what was shown. I was fascinated about the Euro Contest they finally won because I knew nothing about it nor did I understand anything about how different European countries varied in the "popular" beat of the music each preferred.

The film is okay & I watched it all the way through. It would have been nice to know more about how the movie sequel came about. I noticed when seeing the film in the theater that it the executive producer was a member of Abba - smart guy!

I won't watch this documentary again unless it's to skip to a part I want to refresh my memory about. That said, it's still worth watching at least once.

Khristine JacksonReviewed in the United States on September 26, 2020
4.0 out of 5 stars
The Dancing ...The Drive and the Composition.
Verified purchase
First of all ABBA will always be relegated to the 1970's ..Disco scene.. Like that of the Bee Gees ... Except their legacy is continued in a huge movie franchise. I must admit that I love the group..and their ability to touch English listener's. The first time I recall hearing them.. I wasn't aware of the nationality of the group members.. but as time grew over the decades.. I began to appreciate this group of foreigner's. Their lyric's and the arrangement's are so addictive that.. you want to play the songs ..Over & over ..once more... That's when you know that you have a hit on your hands..I have seen "Mama Mia".. it was okay to watch... I was impressed with the footage from their personal manager,the story telling of how they formed and yes the bands decision to end. Why would anyone ever marry and work together in Music..? That is a drastic mistake..? Look at Carly Simon,Tina Turner,Cher and other women who married men in the same industry.. I did not know that they were inducted in the Rock n Roll Hall of Fame in in the 2000's..? Wow..! Lastly who would pay them 1 billion dollars to re-group for a tour..? That would be a major..flop..?! The four of them have moved on and once you bury the genius ..it's hard to resuscitate something ..that has been dead for so long.. Toast !!

Amazon CustomerReviewed in the United States on July 11, 2020
2.0 out of 5 stars
momma mia thatsa just so so documentary
Verified purchase
This is a so so documentary, seemingly thrown together for no other reason than to generate a quick buck by exploiting an already over exploited pop group. Don't get me wrong - I'm an enthusiastic lover of pop culture, pop music and their related documentaries but this barely hits the bar, much less exceeding it. In these type of films, I'm as much an enthusiastic fan of the imagery and film clips capturing the culture, attitudes and fashion being examined rather than the sometimes half-hearted commentary and opinions of the personalities being consulted. Each and every critic or reviewer or writer or whatever looks like they just rolled out of bed or just woke up and couldn't be bothered to shave or brush their teeth or comb their hair and put on a decent shirt for the interview. This stuff is being recorded for posterity - make some sort of attempt to look like you're serious person. I'm not necessarily hung up on appearances but this is a visual medium after all. ABBA deserves a much better attempt at a historical record of their career than this!

TedReviewed in the United States on November 20, 2020
5.0 out of 5 stars
The Magic, The Energy, The Fun, The Talent, The Make You Sing Along - even under your breath!
Verified purchase
There is always going to be someone who claims to "hate" ABBA, but my opinion of those people is simple......They just don't want to learn about the powerhouse that (1) was ABBA {even before being known as ABBA}, and most importantly that ever enduring spirit, role modeling, and inspiring of numerous artists through the years during and after their glory days ended. Thank goodness, they never lost their appeal, especially with me. I had the amazing opportunity to travel to Sweden when I was younger. I stayed for nearly 3 years. I went back to The museum. Completely amazing. WHAT DO I DISLIKE? ONE THING - I never got to see any concerts by them. ABSOLUTELY AMAZING, EVERYTHING I SEE AND HEAR. Sure there may be mistakes but no one's perfect. ABBA is almost there as being perfect.

ChrisSherrillReviewed in the United States on January 23, 2021
3.0 out of 5 stars
Just okay
Verified purchase
This was just okay, which is a shame because ABBA deserve a much higher quality documentary than this. It seemed to be too quickly put together. While the personal information was interesting, I would have preferred a lot more music and a lot less chatter. It is about the band, after all.

KittyReviewed in the United States on July 2, 2019
5.0 out of 5 stars
ABBA
Verified purchase
Wonderful documentary. I wanted to know who singers are and what happened to them. I didn't know that "Mamma Mia!", a song by ABBA, made into a Broadway musical and then later on in a movie. I saw the 2008 movie, Mamma Mia, years ago.
One person found this helpful

JohnBReviewed in the United States on July 7, 2019
2.0 out of 5 stars
total letdown
Verified purchase
I did not want to hear how much money they made because I believe that it was about the songs for them and I was hopping to hear some of their songs but all this was about was success and of course MONEY !!!!!!

scurtisReviewed in the United States on January 13, 2021
1.0 out of 5 stars
The most boring, badly done documentary I have ever seen
Verified purchase
Cheaply produced, mind numbingly repetitive, and painful to watch.
2 people found this helpful
See all reviews
Back to top
Get to Know Us
Make Money with Us
Amazon Payment Products
Let Us Help You
EnglishChoose a language for shopping. United StatesChoose a country/region for shopping.
© 1996-2021, Amazon.com, Inc. or its affiliates