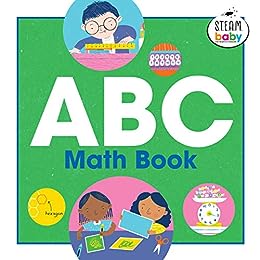 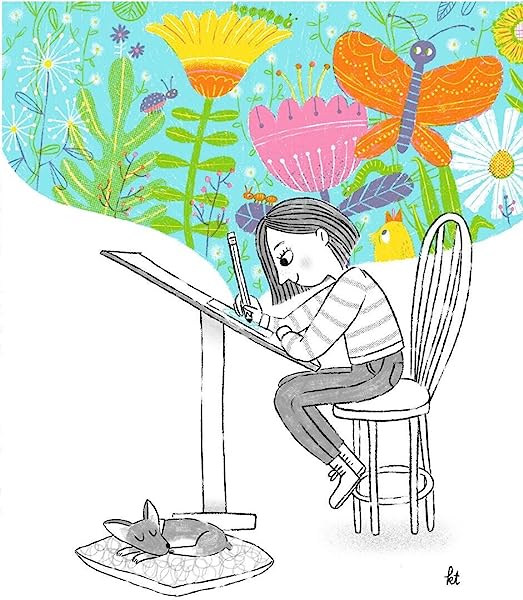 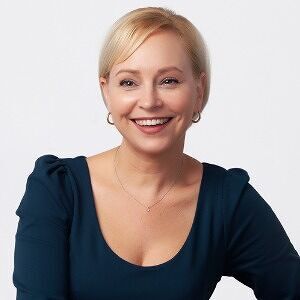 Give your little learner a jump-start with this fun, inspiring way to master their ABCs. From Abacus to Zero, this ABC book introduces young children to foundational mathematical concepts with each letter of the alphabet, doubling the learning and fun while giving your toddler a head start on their education.

Foster an excitement for learning in your little one with this fun exploration of letters and mathematical concepts.

Your young mathematician will love learning their ABCs through exploration and:

“Dori Roberts Stewart has played a significant role in the pedagogical evolution of the modern day STEAM education movement. The ABC Math Book is a culmination of her years’ worth of practical experience as a parent and educator who is passionate about promoting art, literacy, numeracy, and the interdisciplinary sciences —all in a fun and engaging way.” —Andrew Raupp, Founder of STEM.org

“Between Dori’s incredibly clear and concise explanations of even advanced mathematical concepts and Katie’s bright, inclusive illustrations, ABC Math Book is a perfect addition to any young child’s library. It’s never too early to begin learning math, and this book makes math—from abacus to zero—plain enough for the youngest readers. A must-have!” —Kim Hanson, CEO of LearningRx

“Dori is a world expert in STEM education, as hundreds of thousands of children who've been transformed by her work at Engineering For Kids can attest. With ABC Math Book, she takes that experience and focuses it where the need is greatest—a child's first introduction to letters and numbers. This book is sure to delight her readers, children and parents alike!” —Dave Lundgren, CEO of Piper Learning, Inc.

DORI ROBERTS STEWART is a teacher turned entrepreneur. She is the founder and CEO of Engineering for Kids, a S.T.E.M. education company aimed at inspiring kids ages 4 to 14 to build on their innate desire for answers by exploring engineering concepts in a fun, hands-on way. She currently lives in Northern Virginia.

KATIE TURNER earned her BFA from Parsons School of Design in New York City and has been an illustrator for more than 10 years. She particularly loves to draw things from nature, such as bugs, flowers, and animals. She is also the author and illustrator of The Cat Who Got Framed and the forthcoming Vanilla Bean.

Amazon Customer
3.0 out of 5 stars Not really a toddler book!
Reviewed in the United States on March 15, 2022
This was supposed to be a gift for a toddler. It’s paper, not a board book. The math concepts are great but… Way too complicated for a toddler!
Images in this review

Philip McDaniel
5.0 out of 5 stars Fun for my 4 year old daughter
Reviewed in the United States on January 15, 2021
Verified Purchase
I want to raise kids who love math and science, and this is a great start! My 9 year old son likes reading this to my 4 year old daughter. It clearly but simply defines and explains mathematical terms and tools. It’s great for a preschooler but fun for any age.
Read more
One person found this helpful
Helpful
Report abuse

D. Owen
5.0 out of 5 stars 18-month old loved the book
Reviewed in the United States on March 2, 2021
Verified Purchase
This book was a gift to my accountant's grandchild. She wrote me back and said the little boy loved the colorful book.
Read more
Helpful
Report abuse

M. Warner
3.0 out of 5 stars Not really a toddler book!
Reviewed in the United States on March 15, 2022
Verified Purchase
This was supposed to be a gift for a toddler. It’s paper, not a board book. The math concepts are great but… Way too complicated for a toddler!
Read more

M. Warner
3.0 out of 5 stars Not really a toddler book!
Reviewed in the United States on March 15, 2022
This was supposed to be a gift for a toddler. It’s paper, not a board book. The math concepts are great but… Way too complicated for a toddler!
Images in this review

Amazon Customer
5.0 out of 5 stars Awesome math book for all ages!
Reviewed in the United States on January 16, 2021
Verified Purchase
The concept of this book is so cool, as it introduces complex math words to younger kids and they can be drawn to the book through the pictures, but it’s also still relevant as they get older and can understand the meaning of the words more! A great STEM learning resource for every library. Love it!
Read more
Helpful
Report abuse

Diana Weaver
5.0 out of 5 stars Baby boys books
Reviewed in the United States on April 15, 2021
Verified Purchase
I have enjoyed reading this book with my grandson
Read more
Helpful
Report abuse

S. B.
2.0 out of 5 stars Commendable idea, but just doesn't work
Reviewed in the United States on March 27, 2021
Vine Customer Review of Free Product( What's this? )
This book is stated as being targeted at babies to age 3. But like all the A-B-C books I’ve seen in the S.T.E.A.M Baby series from Rockridge Press, the content is far beyond the comprehension of toddlers/babies. Maybe the theory is that introducing these words at a very young age will help the child get an early start on the concepts. But I’m very skeptical of the practicality of this.

Each letter in the book introduces a very complicated item. For example:

“V is for Vertex. A vertex is a point where lines meet to make a corner. The plural of vertex is vertices. For example, a triangle has three vertices and a square has four vertices.”

I don’t think reading this is going to hold the attention of many children. It’s aimed at the wrong ages, but the right ages (maybe six to nine?) already know their alphabet, so the “ABC” concept wouldn’t be appropriate. Noble goals, perhaps, but I don’t see anyone really enjoying or even learning from this book.

DisneyDenizen
VINE VOICE
4.0 out of 5 stars LEARN THE ALPHABET AND CONCEPTS FROM MATHEMATICS
Reviewed in the United States on March 10, 2021
Vine Customer Review of Free Product( What's this? )
Because I am assuming you are considering acquiring this book for your child, I will tell you the plot. Spoilers abound.

PLOT: No plot. On each set of pages, on the left page is a letter with simple text such as “K is for kilogram”. On the right page, the concept is explained in greater detail.

TEXT: Simple on the left, more complex on the right.

PROS:
- Interesting way to present the alphabet, focusing on mathematics.
- Lots of boys. Lots of girls. Lots of skin tones. One child in a wheelchair.

CONS:
- If this is a baby book, perhaps the pages should not be made of paper.
- If this is a book for older children, perhaps it should not have the word “baby” on it, which would be off putting.
- One token child in a wheelchair is an inadequate representation of disability.
- Some of the concepts are ridiculously complex for this age group. “X is for X-axis.”

BEST READ BY: You to your youngster until they can read it themselves.

BOTTOM LINE: Overall, I'm not really a fan. It seems like the left side of the page is geared to very young children and the right side of the page is geared towards older children. You can either look at this as a book that children will return to over time or consider that a book that targets two different age groups might appeal to neither.
Read more
4 people found this helpful
Helpful
Report abuse

Curious Epicure
TOP 500 REVIEWERVINE VOICE
4.0 out of 5 stars Fun spin on ABC's
Reviewed in the United States on March 8, 2021
Vine Customer Review of Free Product( What's this? )
I have to admit that I'd not seen a math-related ABC book before. It is part of a series of books that teach ABCs via a variety of different single subjects. Along with this one, I also got ABC Arts, which is just as fun.

As someone who once suffered from math-phobia, I think anything that presents math as fun is a step in the right direction and I applaud the authors for doing that with this book.

This book is geared toward learning new vocabulary words, but those that are related to math. "B," for instance, is for "bisect." It's not a term that a little one would come into contact with otherwise, but it is an easy one to incorporate on a daily basis after learning it in the book - i.e. you can bisect an apple by cutting it in half.

The book's design is very kid-friendly. The letters are big and bold, and the pages and illustrations are bright and colorful. Perfect for little ones.

The only downside is that the pages feel like they’re made of a cheap type of paper, and experience tells me that they will not hold up well to little hands. I would have given 5 stars if the paper was a bit sturdier.

I got this for an almost 2-year-old niece who has a large vocabulary, is speaking complete sentences, and is "reading" books - reading as in reciting what she's memorized what has been read to her on each page. Her mother was a child math whiz, so I'm quite sure both will enjoy this book.
Read more
Helpful
Report abuse
See all reviews