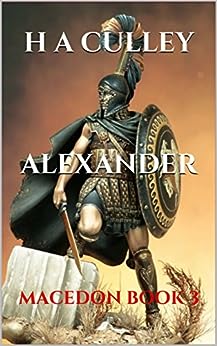 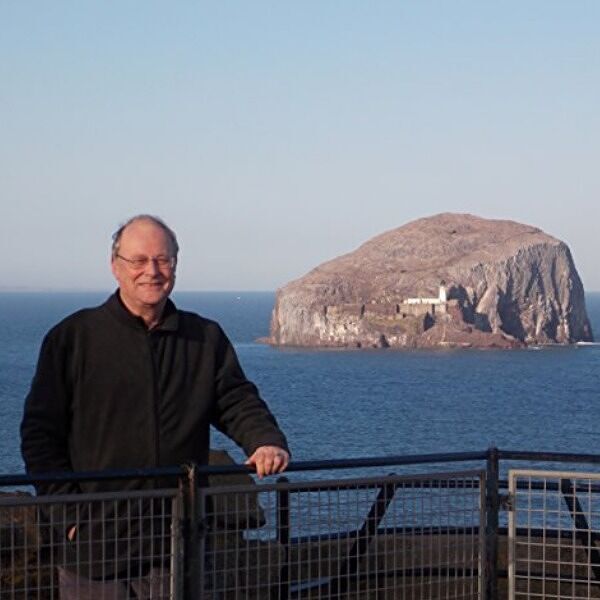 by H A Culley (Author) Format: Kindle Edition
Book 3 of 3: Macedon
See all formats and editions
Sorry, there was a problem loading this page. Try again.
Reviews of Previous Books by H A Culley
•Great book to curl up with.
•There are very few novels written for this period. Culley has clearly mastered the genre and at the same time is a good story teller.
•One of the best books I have read. Mystery, excitement and a thrilling story all wrapped up in the woven threads of history.

Book Description
From the moment of his birth Alexander has to fight for his rights as heir to the throne of Macedon. His father is torn between pride in and antagonism towards his son and comes close to killing him more than once. Brought up in harsh competitive environment, Alexander emerges with a burning desire to conquer the known world.
H A Culley’s novel about Alexander’s boyhood and his path to the throne is a fast paced tale of intrigue and warfare. When his mother arranges his father’s assassination, Alexander is quick to eliminate his rivals and seize the crown for himself. With a speed that catches the other Greek states by surprise, he overcomes all resistance and makes himself the supreme ruler of Greece in just a few months.
However, he must still secure his route to the Danube, deal with insurrection in Illyria and the perfidy of Thebes before he can embark on his of conquest of Asia.

H A Culley served as an Army officer for twenty-four years during which time he had a variety of unusual jobs. He spent his twenty-first birthday in the jungles of Borneo, commanded an Arab infantry unit in the Gulf for three years, and was the military attaché in Beirut during the aftermath of the Lebanese Civil War.

After leaving the Army he spent twenty-one years in the education sector. He has served on the board of two commercial companies and has been a trustee of several national and local charities. His last job before retiring was as the finance director and company secretary of the Institute of Development Professionals in Education. Since retirement, he has been involved in several historical projects and gives talks on historical subjects. He started writing historical fiction in 2013.

For many years he and his wife lived between Holy Island and Berwick upon Tweed in northern Northumberland, the setting for many of his historical novels, but moved to Oxfordshire in 2020 to be nearer his children and grandchildren.

Terry S. Nelson
4.0 out of 5 stars Interesting background on Macedonia's rise before The Persian Conquest
Reviewed in the United States on November 20, 2016
Verified Purchase
This Trilogy fills in an interesting historical gap describing the rise of Macedonia after Athens and Sparta declined and Alexander's conquest of Persia. How Philip and then Alexander used the non Macedonian people's they conquered to build their spy network, engineering power and strategic techniques. With reading, and fun.
Read more
Helpful
Report abuse

James Dainis
5.0 out of 5 stars Alexander Follows in His Father's Footsteps 4th Century BC Greece
Reviewed in the United States on July 15, 2016
In this third and final book in the Macedon trilogy, we see King Philip of Macedon trying to finalize his attempts to bring the various city states and realms of Greece under his rule so that he can then embark on a conquest of Persia. Upon his assassination, his son, Alexander, takes control as ruler of Greece and continues to wage war to bring peace and harmony to the city states and realms of Greece. Once that is achieved then he himself can embark on the conquest of Persia. He uses politics and spies to get some city states to expel Persian rule in Greece but for cities such as Thebes who fight him, he kills all the men, sells the women and children into slavery and burns Thebes to the ground. With that as an example, soon all opposition to his rule is over and the book ends as he embarks on his war with Persia.

There is a lot of good battle action and strategy in this book. Many new and young characters are introduced and they are interesting to read about. The story flows along very well and at times it is hard to put the book down. There are dozens of different cities, realms and areas and rulers. It is often hard to keep them straight but I would just read on through without worrying too much about keeping them straight. I read for the adventure of it all not to prepare for a quiz on the various realms and rulers of ancient Greece. If you are a historian, this is a good book for you; if you are just a person who likes a good adventure novel, this is also a good book for you.
Read more
2 people found this helpful
Helpful
Report abuse

The New Achilles
3.0 out of 5 stars Juvenile historical fiction with big words
Reviewed in the United States on May 23, 2022
Not the authors best work. There’s some research and knowledge of Hellenistic battle tactics but the characters and their actions are described in such a two-dimensional manner it’s a little bit like you’re watching everything through a pair of binoculars. Putting Arrian and Plutarch in a blender with a dash of post-Alexander Athenian gossip tossed in for flavor does not make great fiction or history.
Read more
Helpful
Report abuse

mat
5.0 out of 5 stars Very good
Reviewed in the United Kingdom on July 19, 2016
Verified Purchase
A very interesting and exciting book. It was great to read about the exploits of Alexander. It was sad also to read about the deaths of the officers such as Parmenion dying the way he did.
Read more
One person found this helpful
Report abuse

Davymac
5.0 out of 5 stars Brilliant
Reviewed in the United Kingdom on September 17, 2019
Verified Purchase
Another really book enjoyed how it continues from books 1 and 2 with great characters and plenty of action thoroughly enjoyable read
Read more
Report abuse

topaz
5.0 out of 5 stars Very good
Reviewed in the United Kingdom on May 11, 2016
Verified Purchase
Well done a very well-written book well researched and exciting to read I liked how the author as included other characters woven into the story this book would interest any one who likes ancient Greek history
Read more
One person found this helpful
Report abuse

ken mit!
4.0 out of 5 stars Alexander 3
Reviewed in the United Kingdom on October 1, 2016
Verified Purchase
Again a very good book, unfortunately the demise of Alexander was brief and rushed and this spoilt the story. Though people know of the life and death of Alexander, I would have expected more detail.
Read more
Report abuse

Amazon Customer
5.0 out of 5 stars Five Stars
Reviewed in the United Kingdom on June 13, 2017
Verified Purchase
I literally could not put this book down but that goes for all of H A Cully's work.
Read more
Report abuse
See all reviews