You've subscribed to Alpha Male! We will preorder your items within 24 hours of when they become available. When new books are released, we'll charge your default payment method for the lowest price available during the pre-order period.
Update your device or payment method, cancel individual pre-orders or your subscription at
Your Memberships & Subscriptions
There was an error. We were unable to process your subscription due to an error. Please refresh and try again. 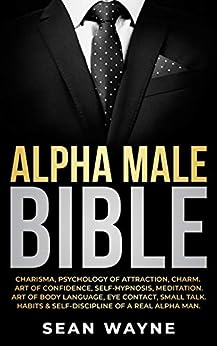 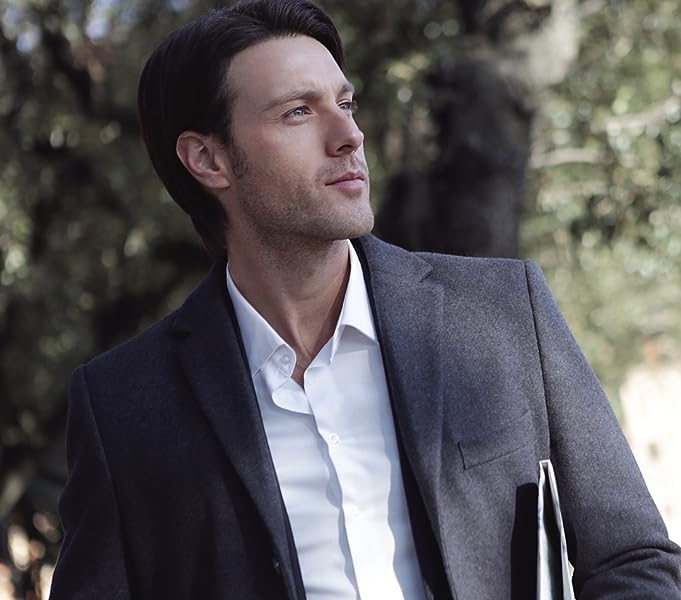 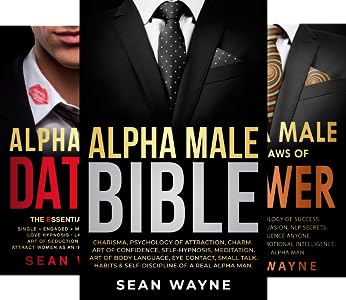 Read read read...this book is packed with too much power and knowledge. I like the author inputs:
-background info
-context
-actions
-reasons for those actions
-repeats the most important things to a man
He has given me new inspiration because I lost my way in my relationships. I used to be very alpha in certain ways but started breaking down when it came to relationships. I had been in one of the worst relationships and breakups yet and it completely tore down my confidence.
Now I finally understand, in very simple ways, how I can go about building a healthier network of relationships with women. I understand and know what I need to do in order to be the man I'm destined to be.
I wish I found this book earlier in my life. It's a true guide and a truly amazing work done by the author. I must get personal coaching from the author as well. Please get this book. If you're a man, get this book. Just don't get the coffee you're planning on getting. Get the book and read it immediately. Seriously.
(Audible customer review)
----------------------------------

I just had to write a review for this book, which is now my bible.
I've always felt kind of different, and just thought I was weird in terms of my beliefs and opinions. People around me seemed to think so. Reading this book just made everything clear to me, and it all started to make sense. I never disagreed with the Author, not even once. I was baffled about how spot-on everything was, at least in my mind. It might not be the same for you, so be open-minded.
I have never been much of a reader, and actually never finished reading a book cover to cover, but I read this in a week. It truly is an amazing read, and I will be getting a physical copy as well.
Do you want to be wealthy? Do you want to be free? More importantly, do you want to be happy for the rest of your life? Buy this book, read it, and apply it. You will not regret it.
Can't recommend this book enough. Absolutely fantastic.
Now I finally know how to live my life. Hope you will too.
(Apple iTunes customer review)
----------------------------------

Looking at the "If You Like This, You'll Also Like This" suggestions that Amazon pairs this book with makes it look like "Alpha Male Bible" is a book learning how to be a Pick Up Artist. It is HARDLY that. What this book actually is: a deeply personal guide to finding one's true self and reclaiming one's masculinity in a non-toxic way. Reading this book felt like holding a mirror to my face and seeing a lifetime of "Nice Guy" behaviors that made me anything but. I wore a mask to hide my true self in order to get people to like me, and never fully understood why this repelled people rather than attracted them to me. There's a lot to unpack with this thin, easy-to-read book, and I feel that there are some natural ways to achieve real personal growth as a real alpha male. This book changed my life, and it will change yours, too...
(Apple iTunes customer review)
----------------------------------

This book is a wonderful place to start if you are wishing to maximize your potential. It covers a number of areas including health, wealth, and love, and the author has done a wonderful job in bringing them all together in one book. I have always lacked confidence in myself, reading this book has helped me visualize my self-worth. I am seeing a much more confident man. After reading this book, I can guarantee you, the feeling of being anxious at parties or being shy around people will leave you alone. Be ready to transform your life in no time! It needs your action and the required knowledge in this book. For anyone wanting to stop being beta and become alpha, this is for you, the author breaks you down to build you back up he makes you admit your shortcomings and helps overcome them. This book has some great advice for anyone that wants to build their self-confidence. It really helped me understand, from a man's perspective. Give it a try.
(Audible customer review)
----------------------------------


I really like this book. I really like the writing style and it feels like the author is really talking to the reader looking him in the eyes. This book is basically about developing or even igniting one's masculinity. Many of us suppress our masculinity and think it's a bad thing. This book brings clarity to the topic. For me, the topic of women was also very important as I am still working on it. There is a lot of explanation here and it helped me a lot. I could still write about each chapter, but I would go too long.
Thank you Sean for writing this book.
(Audible customer review)

4.4 out of 5 stars
4.4 out of 5
395 global ratings
How are ratings calculated?
To calculate the overall star rating and percentage breakdown by star, we don’t use a simple average. Instead, our system considers things like how recent a review is and if the reviewer bought the item on Amazon. It also analyzes reviews to verify trustworthiness.
Top reviews

Donald Crapser
1.0 out of 5 stars Nothing
Reviewed in the United States on May 24, 2021
Verified Purchase
This book reads like Coked up NY lawyer talking to himself in a mirror.
Read more
47 people found this helpful
Helpful
Report abuse

Shelleyk
1.0 out of 5 stars Don’t waste your time reading this crap
Reviewed in the United States on April 15, 2021
Verified Purchase
Reading this book was a waste of time and money. I kept thinking the next chapter or section would improve, but it only got worse and worse.
Read more
29 people found this helpful
Helpful
Report abuse

Kindle Customer
5.0 out of 5 stars 5 stars
Reviewed in the United States on February 15, 2021
Verified Purchase
Insiteful, direct, informative, and easy to understand. Mr. Sean makes it easy to understand the attitudes and habits to becoming an alpha male in real life. 5/5 would recommend if you're searching for a perspective on male behavior.
Read more
46 people found this helpful
Helpful
Report abuse

Andrew Ashford
1.0 out of 5 stars Garbage
Reviewed in the United States on June 18, 2021
Verified Purchase
This is a culmination of colloquialisms. Author offers no real advice or true observation. This is up sale writing.
Read more
17 people found this helpful
Helpful
Report abuse

William Hillard
5.0 out of 5 stars Pay attention to this guy he is the truth!
Reviewed in the United States on April 8, 2021
Verified Purchase
It is awesome information the author is very good at breaking the rules down to u and I learned a lot from him
Read more
36 people found this helpful
Helpful
Report abuse

Jeremy
5.0 out of 5 stars Great read!
Reviewed in the United States on February 28, 2021
Verified Purchase
This book really gives you insight and helps. I have already been using the information is gives to help with charisma and confidence. Great read for those interested in this.
Read more
37 people found this helpful
Helpful
Report abuse