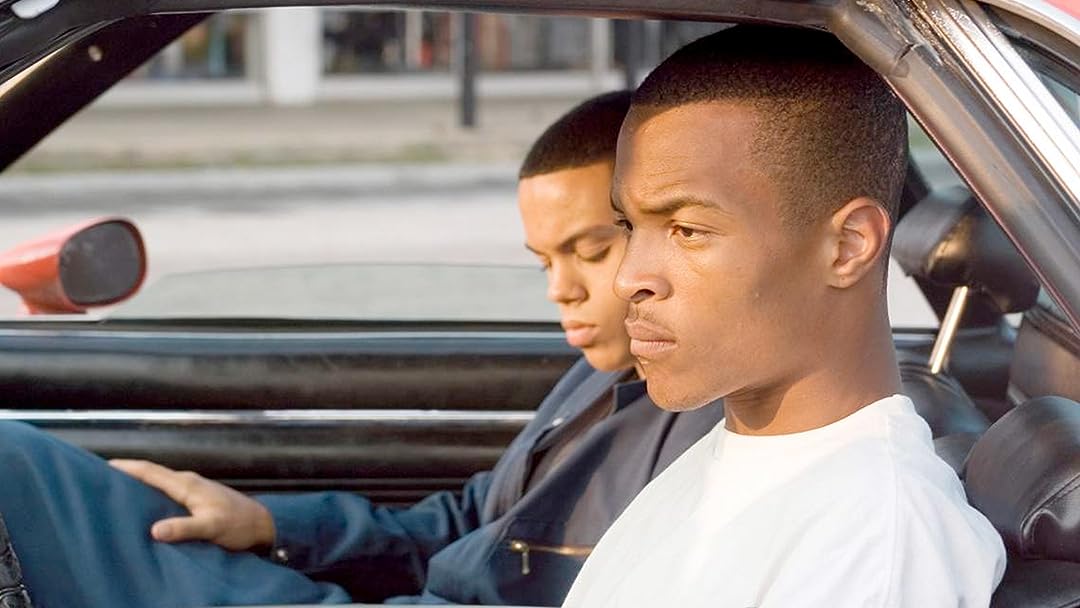 (4,923)
6.21 h 47 min2014X-Ray18+
As four friends prepare for life after high school, different challenges bring about turning points in each of their lives. The dramas unfold and resolve at their local rollerskating rink, Cascade.

karfsu86Reviewed in the United States on September 19, 2016
4.0 out of 5 stars
Good movie, good characters, and a good purchase!
Verified purchase
This was a good movie. It told the story of friendships, relationships, life, struggle, and dreams. The cast selection was great, and everyone seemed to "fit" their character. The music captured the story line. It's amazing that it didn't take the producers long to shoot the movie, yet the movie didn't seem like it was thrown together. The movie ended with a glimpse into each character's future; however, I don't feel like there was a lot to the movie for there to be a sequel. If they do make a sequel though, it should have all of the same characters. Overall, this was a good movie and I would recommend owning your own copy.
10 people found this helpful

preciousReviewed in the United States on May 15, 2020
5.0 out of 5 stars
Am I my brother's keeper?
Verified purchase
This was a great movie. A brother showing brotherly love for his young brother. He was his bother keeper. He wanted to make sure that his brother do something positive with his life.
3 people found this helpful

The Fancy OneReviewed in the United States on May 20, 2007
5.0 out of 5 stars
"ATL" - ain't what I thought it would be
Verified purchase
I came across this movie on cable recently and I was surprized - I really enjoyed it. I remember this movie came out last year about the same time as [[ASIN:B000G1R394 "Akeelah and the Bee"]] - another excellent film - but based on what I saw on the commercials for it, I said, "Oh please, not ANOTHER hood movie with black kids shooting each other up" and passed on it. I went to see "Akeelah" instead because it was being promoted as a movie with positive black characters, which we need more of. I enjoyed it but now after seeing "ATL", I realized seeing either one of those movies would have been a wise choice. "ATL" was definitely marketed the wrong way and fooled a lot of people, like it did me.

Produced by Will Smith's production company, Overbrook Entertainment and based a story written by Antwone Fisher (who was himself the subject of a movie directed by Denzel Washington a few years back), "ATL" is far from being your typical black film about coming of age in the hood. It does show some instances of drug dealing and violence, but very few, and that is not the central focus of the story anyway. This is an urban tale with a message that is powerful - striving and working hard to achieve the better things in life in an honest fashion, and having some fun along the way. That includes Sunday nights at the Cascade - a popular roller rink on the southside of Atlanta, where all of the kids love to hang out and have a good time. The focal point of "ATL" is on the lives and the camaraderie of four friends who ponder their futures as they approach graduation.

Because I am not really into today's rap music, I was not too familiar with T.I., other than from his song that was a big hit last year, "What You Know". But I thought he showed wonderful potential in the starring role of Rashad, a poor, 17 year old high school kid who has a gift for art and lives with his janitor uncle because both of his parents were killed in an auto accident. He is extremely protective of his little brother, Ant (Evan Ross, Diana's son). Ant's only goal is to make big money and sport bling-bling, since he feels this is the only way he can gain some respect and attention. He decides to get on the fast track to obtain what he wants, but he's not quite ready to deal with the consequences.

The supporting cast, which includes veteran actors Keith David, Lonette McKee, Mykelti Williamson (his poetic reading later in the film blew me away) and Jason Weaver as a high school super senior, was perfectly chosen. Lauren London, who plays New New, does a great job as a sassy, ghetto-fabulous diva with a secret. She and Rashad begin dating and their relationship is a mutual one until a chance event causes the truth to unfold. Also to take note of is the intelligent, proud and driven Esquire (Jackie Long) who has dreams of going to an Ivy League college but fears because of his parents' income and his background, his opportunities will be extremely limited. Big Boi from the hip-hop duo OutKast and singer Monica also appear in the film, although Big Boi's role is way more pivotal to the storyline, while Monica simply makes a cameo appearance.

Think of this as sort of an updated, African-American version of "American Graffiti" - but one I can definitely relate to much more, with various intertwined stories of everyday life in the Georgia hood. Overall, this film speaks of dreams and aspirations - realized, potential, and yes, unachieved. "ATL" is inspirational in its own way - a humorous, touching and refreshing alternative to the typical films out there about growing up poor and black with the odds stacked against you. No, yall, you don't have to die trying to get rich. There is a better way! A must see.

MyleneReviewed in the United States on November 7, 2017
5.0 out of 5 stars
ATL
Verified purchase
I absolutely love this movie! I was glad to purchase the Amazon Digital Copy of the movie to that I can watch it no matter where I am
One person found this helpful

blackjack queenReviewed in the United States on July 30, 2018
5.0 out of 5 stars
Best movie ever!!!
Verified purchase
Love watching this movie as it is one of my favorites I just wish there was a 2nd one cause the fist one was so funny
2 people found this helpful

Gc hopperReviewed in the United States on July 22, 2020
1.0 out of 5 stars
Wouldn't watch again.
Verified purchase
Was expecting to be like Boys in the Hood, more like stomp the yard. They try and make it look old school, but failed. Would spend mobey to rent.

PhoenixAngelReviewed in the United States on January 8, 2018
5.0 out of 5 stars
My sister likes this movie a lot. This was a gift for her to replace her missing copy.
Verified purchase
Sister loves this movie. Her previous copy was borrowed and never returned. She says it is a great movie so much so that she wanted it again for Christmas.
2 people found this helpful
See all reviews
Back to top
Get to Know Us
Make Money with Us
Amazon Payment Products
Let Us Help You
EnglishChoose a language for shopping. United StatesChoose a country/region for shopping.
© 1996-2022, Amazon.com, Inc. or its affiliates