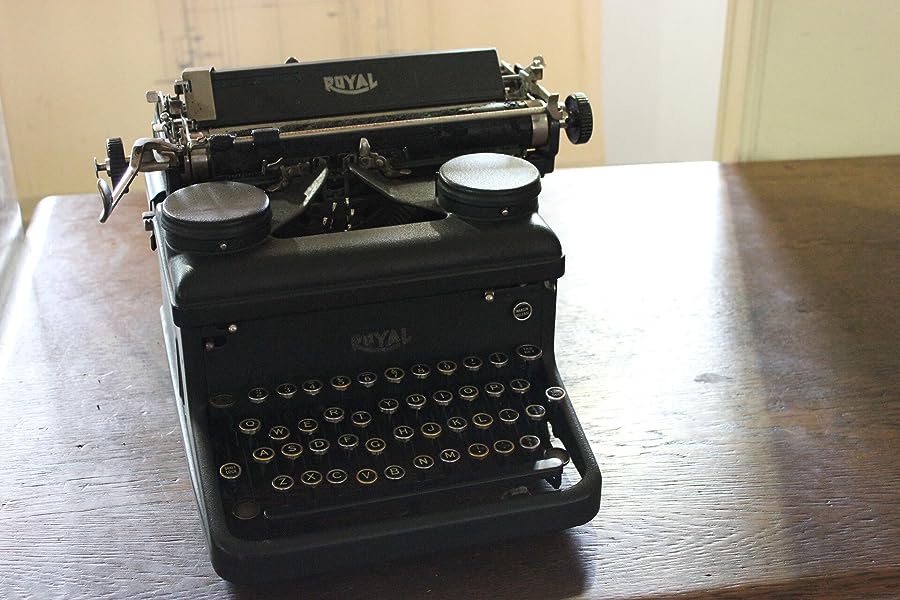 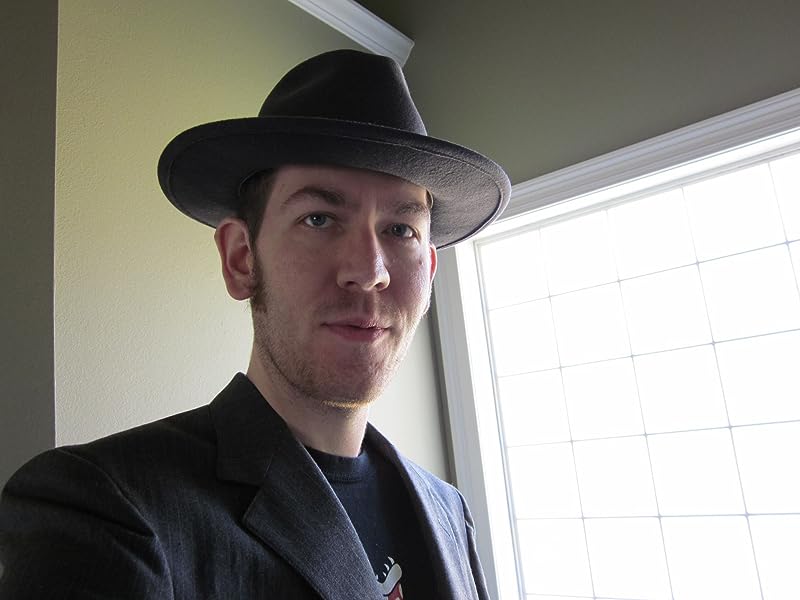 Third Flatiron Anthologies presents ABBREVIATED EPICS, featuring the best in new short fantasy stories and poems. Whirl through these brief epics, from medieval Japanese fairy tales to swashbucklers and Vikings, from alternate history and steampunk to myths old and new. Like a reverse Ulysses, ABBREVIATED EPICS brings you the Hero's Journey in ten pages or less. Third Flatiron Anthologies doubles up this time with 19 short fantasy stories. Join canny samurai and brave shield maidens on adventures in fantastic realms, repurposing the old myths and forging new ones. And featuring Jo Walton's epic poem, "Odin on the Tree."
Read more
Previous page
Next page

Books with Buzz
Discover the latest buzz-worthy books, from mysteries and romance to humor and nonfiction. Explore more
Start reading Abbreviated Epics (Third Flatiron Anthologies Book 10) on your Kindle in under a minute.

4.5 out of 5 stars
4.5 out of 5
4 global ratings
How are ratings calculated?
To calculate the overall star rating and percentage breakdown by star, we don’t use a simple average. Instead, our system considers things like how recent a review is and if the reviewer bought the item on Amazon. It also analyzes reviews to verify trustworthiness.
Top reviews

mr david w bowden
4.0 out of 5 stars Review by Maureen Bowden
Reviewed in the United States on November 10, 2014
The anthology is varied and a lot of fun.
Siobhan Gallager's 'Blade Between Oni and Hare' flings the reader into Japanese mythology with her protagonist facing a demonic love triangle. A different take on Japanese myth is Gustavo Bondoni's 'Rain Over Lesser Boso', an disturbing tale of demons and an ancient empire.
Iain Ishbel's alternate history fantasy 'HMS Invisible and the Halifax Slaver' envisages sorcery versus the slave trade.
'Beyond the Turning Orrery' by Deborah Walker, has echoes of Icarus flying towards the sun, seeking the truth about the cosmos in a mechanical world.
Manuel Royal's 'Heart Shaped' doesn't hold out much hope for an amnesty in the war of the sexes.
Norse mythology makes three appearances. In Jordan Ashley Moon's 'A Wolf is Born', a son of Odin is made and unmade by his god. Steve Coate's Freya story, 'The Fortunate Son', is one of misogyny and maternal sacrifice. Jo Walton's poem, 'Odin on a Tree' presents a different aspect: paternal need and duty.
Martin Clark's 'steam-punk and time travel story, 'Through an Ocular Darkly' could be the first chapter of a novel. What happens next? I asked the same question about Daniel Coble's gripping account of monsters on the mountain, 'Assault on the Summit'.
Ben Soloman's 'Damfino Plays for Table Stakes' puts a demonic slant on the St Valentine's day massacre.
Margarita Tenser's delicious slice of Flash Fiction, 'The Committee', is one of my favourites. I've met human equivalents of the Great God Mellor Anaimos Lord of Hadros, Keeper of the Minutes in numerous management meetings over the years. Thanks, Margarita, for a much needed laugh.
Adria Laycroft's 'The Perfection of the Steam-Powered Armour' is a morality tale about a child who is wiser than the father. I felt that the father's conversion was a little too sudden, but it's a moving story, nevertheless.
There are two Tolkienesque spoofs here. I've read stories similar to Elliotte Rusty Harold's 'Refusing the Call', but it's still very funny. Jake Teeny's 'Toward the Back' is an epic battle from the point of view of the orcs. Little sweeties they are, too.
In Marissa James' 'The Blue Cap' a fantastic lost and longed for world could either be real or a psychotic hallucination. Maybe one doesn't necessarily preclude the other.
Alison Bain's 'The Lost Children' is a new take on the Greek myth of Theseus and the Minotaur. I would have liked a happy ending for 'the children' but that's just me.
Patricia S Brown's 'Great Light's Daughter' is a beautifully written creation myth.
Stephen D, Rogers' 'Qinggong Ji' employs Chinese mythology to tell a familiar story of villagers saved from bandits. The saviour is not Yul Brynner & co, but a miraculous child at one with nature.
Robin Wyatt Dunn's 'On a Train With a Coyote Ghost' is a many faceted parable about a ten -year-old Polish Jew, travelling through Eastern Europe with a coyote ghost from Arizona. They seek the mysterious 'Worker', a Jewish Buddhist who lives in the dome of a Catholic church in Russia. They each tell him their story, and he decides to which of them he'll give the magic broth that will restore their family to health. The story encompasses politics, human conflict, and military might, It creates uncertainty as to whether religion is an attempt to be at one with the Godhead or a comfort zone of shared history and tradition. The story requires and deserves more than one reading.
Read more
3 people found this helpful
Helpful
Report abuse

Robina Williams
4.0 out of 5 stars A great variety of stories
Reviewed in the United States on March 24, 2015
This anthology opens with an interesting and enlightening introduction by the Editor, Juliana Rew. As usual with Third Flatiron anthologies, there is a wide range of stories in the fields of sci-fi, fantasy and mythology, set in various geographical locations and eras. As usual also, there are some very nice graphics; I particularly liked those accompanying Deborah Walker's "Beyond the Turning Orrery," Gustavo Bondoni's "Rain Over Lesser Boso," Elliotte Rusty Harold's "Refusing The Call," and Robin Wyatt Dunn's "On a Train With a Coyote Ghost."

The book opens and closes with animal tales. Siobhan Gallaher's "Blade Beween Oni and Hare," features a shipwrecked Japanese girl who, having survived a struggle at sea with a squid, almost falls prey on land to a monstrous half-human spider. Having escaped the spider, she finds herself being watched by a white hare. The hare, guardian of the island, offers to help her reach the mainland. The hare is, of course, other than he first appears, and exacts a price from her, but he keeps his side of the bargain.

I had not really understood what "steampunk" was until I read Martin Clark's "Through An Ocular, Darkly." In this story, set in Constantinople, Leon Prinz, an inventor, has been commissioned by Josephus the Pharisee to build an automaton to protect the Jewish temple. But Prinz has already accepted a bribe from an emissary from General Gordon, who wants Josephus out of the way. Josephus had asked Prinz to construct a golem for him. Instead he finds that Prinz has built for him a lifesize ballerina--dismissed by an angry Josephus as "a toy." The "toy" takes a dainty dancing step and strikes Josephus dead. Gordon hasn't quite finished with Prinz, however. He asks a favor of him: to inspect an item that he will send over. Prinz unwraps the package, and finds a complicated mechanical device inside it. The device has a most surprising action. I wasn't too sure of the chronology of this interesting and enigmatic story but then I am not an historian.

The membership of "The Committee," in Margarita Tenser's humorous story is made up of a fascinating collection of gods, goddesses and godlings, all rejoicing in wonderfully appropriate cosmic names, for this is the Creationist Committee, and what they are seeking to create is a--or, perhaps, the--universe. After much squabbling and rejected ideas, and as they have a deadline to work to, the suggestion is made to stuff everything into a tiny dot and then explode it. This is such a witty little story.

The beautifully written final story, "On a Train with a Coyote Ghost," by Robin Wyatt Dunn, provides an excellent ending to the compilation. In it, a ten-year-old Jewish girl travels by train from Poland into Russia to try to find the healer who can provide the broth that she knows will save her grandmother and their fellow villagers, for their community has fallen ill. The child is accompanied by a coyote ghost who was a friend of her father. When she locates the healer, a somewhat multi-denominational entity, she finds to her dismay that the coyote also wants the broth, for his own benefit. The girl and the coyote ghost each has to tell their story to the healer, who will then choose between them; each tale is fascinating and moving and of historical import. This story provides a most fitting conclusion to this anthology of Abbreviated Epics.
Read more
Helpful
Report abuse