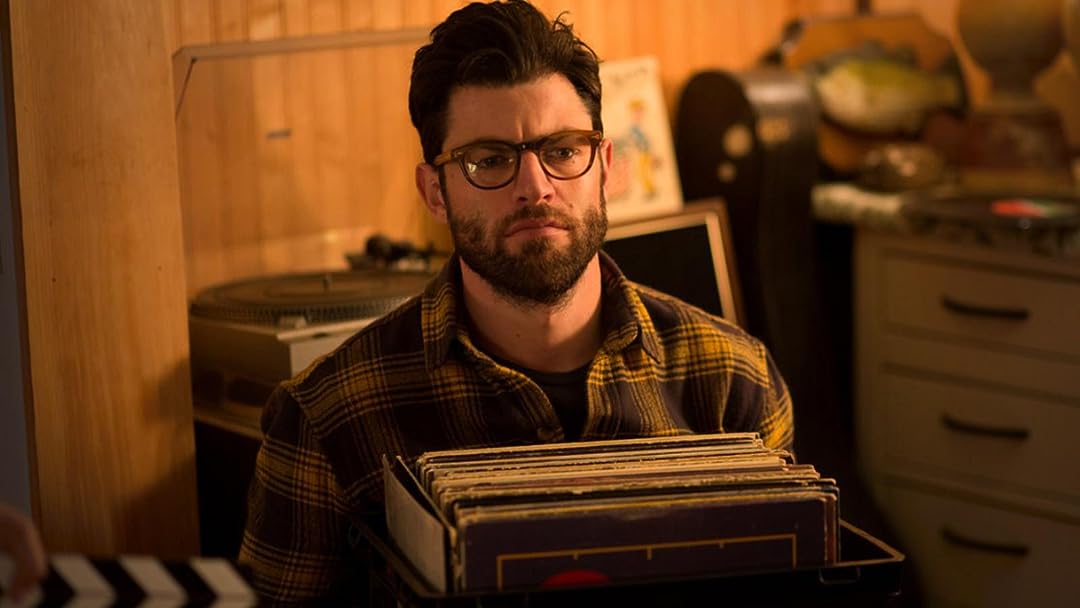 (122)
6.41 h 40 min2014R
After the stress of adulthood takes its toll, seven college friends reunite for a weekend of partying and shared laughs. Together for the first time in years, old crushes and rivalries are rekindled and a combination of wine, weed and an unexpected dog sends the weekend to unexpected places.

Ron BlachmanReviewed in the United States on May 29, 2020
4.0 out of 5 stars
A gift from Millenials to themselves and to the rest of us. Warm and human.
Verified purchase
The temptation to compare this to The Big Chill is natural and appropriate but it is not imitation, it is genuine and generational. As a Boomer, the first impression I had about The Big Chill was that it was from us to us; that was wrong. It was from us to the generation that created us and to those who would follow. Thomas Hardy gave a number of such such gifts from his generation to his predecessors and to his successors. Herman Hesse presented the generation between the wars to us. Kerouac and Kesey did it for another "lost generation".

No generation has to explain themselves to anyone but when they chose to present themselves honestly and unafraid it is a gift. Originality is not he criterion for judging a work. In fact, judgement might be the most serious sin we can commit against this work. The point is honesty and the beauty to me is thatI can make casual comparisons between my generation and those that preceded us to the generation in this work. The comparisons are generally favorable. The human condition does not change much but there is a kind of progress over time.

The performances are genuine and warm. All this Boomer can add is "Okay Snowflake1"

Ashley M. JamesReviewed in the United States on May 4, 2021
2.0 out of 5 stars
This should have been so much better
Verified purchase
This was the most stellar cast! And such a gut-wrenching and tear-jerking storyline, but it didn't deliver on anything. The movie didn't allow the actors to shine, they mostly mumbled or talked over each other. Not a single one of the storylines got its due. Is Alex OK? Who knows. Did he ever get to talk about his feelings for Ben that were obviously there but never articulated? Nope - that part almost felt homophobic. Did Josh ever get his due for the lucid things he was saying? Nope, because they were all just cast aside as snide remarks. Where the hell did that dog come from and what was the point of it?? Did Sarah ever get the time and space she deserved to come to grips with her mental health and how it affected her relationships? Absolutely not. Did we get to see Alex shine? Because he would have been the most shining star in this if he had been allowed to be. No, the movie literally only glanced over every issue at play here, not delving into any of them, and it left me intensely disappointed. Keeping two stars because the acting we did manage to see from Aubrey Plaza, Max Greenfield, and Jason Ritter (in particular) was perfect, but the others might as well have not been there (and I LOVE Max Minghella!), and there needed to be much much more Alex, and more Josh, and more Sarah AND much more coherent dialog and real delving into the issues between them all. I really really wanted to know more about their relationships, how they evolved, how Alex felt left behind, how it affected him. We needed more about why Josh is such a jerk, we needed more about why Sarah can't have a functional relationship. I don't understand why there was so much focus on Ben and Siri, that was unnecessary, not only did I not care, but it was about the least compelling storyline of the bunch, objectively. This was such a missed opportunity. I'm sorry I wasted my time on it.
2 people found this helpful

Judd FryReviewed in the United States on April 10, 2019
1.0 out of 5 stars
Clichéd "Big Chill" imitator
Verified purchase
I dialog is like watching an episode of Grey's Anatomy (the worst written show in the history of television in my opinion) and even comes with a spoken moral....with music! It's a soap, and The Big Chill, this is not, though it desperately wants to be, even mentioning that movie, not specifically by name, but "in effect" by a comment one of the actors make. Oh, how clever. Ugh. Aubrey, how could you let yourself sink so low as to do this sad piece of tripe? It even has a token black man paired with his white gf, miserably failing to be "edgy" though it seems to think that it is. It's embarrassingly bad. But I will give them this: the last scene was somewhat touching. But overall, I'll sum up with, "If you love soap operas, you'll love this one." Otherwise, don't waste your time or money.
5 people found this helpful

Kira S.Reviewed in the United States on February 22, 2020
3.0 out of 5 stars
This is definitely NOT The Big Chill
Verified purchase
It's obvious the creators want it to be The Big Chill for Gen X or whatever (too old to be millennials). But with friends like these, who needs enemies? I watched it mainly to see Jane Levy and she and Maggie Grace were the only bright spots in an otherwise dreary film. At least they come together over an attempted suicide, not a death, but that alone doesn't lighten it enough to make it worthwhile. I debated giving it 2 stars but since it is more like 2.5, I rounded up. It's not horrible, it's just not great. And oh yeah, the dog - featuring him more could have really made this film much more likable. Don't waste your assets!
4 people found this helpful

The WolfReviewed in the United States on June 28, 2015
4.0 out of 5 stars
Nice Movie
Verified purchase
I really enjoyed this movie. For some reason, this movie reminded me of some movies we saw in the 80's. Even though they were really nothing alike in terms of actual story, the movie reminded me of St. Elmo's Fire...it kinda had the same feel. There was nothing earth shattering about the story...nothing groundbreaking or shocking in what happens. It's basically just the story of several imperfect characters who were friends in college, went their separate ways, and are brought back together because of circumstances. In the process, there is a lot of reminiscing and a lot of old feeling are brought back to the surface. I think that is a situation that many of us can relate to. I liked how the story never got too cliche, and didn't try to go too over the top which would make it seem much less realistic.

What made the movie enjoyable was the characters. If the characters don't strike a cord with the audience, a movie like this has no chance of being successful. I felt the writing was good, and I really felt the actors did a decent job in nurturing their roles. Surprisingly, the one person who most impressed me in this film was Aubrey Plaza. I'm familiar with her and her comic schtick, and honestly wasn't a big fan. But this film showed that she is really so much more than that and proved that she really has really good range as an actor.

Again, nothing 'special' about the movie, but if you like films that are reminiscent of some of those 80's character driven stories, you may enjoy this one.

AlterReviewed in the United States on May 18, 2019
4.0 out of 5 stars
Better than I anticipated!
Verified purchase
I watched this movie cause I'm a huge fan of Aubrey Plaza then found out max Greenfield is in it whom I also love. Well written, great story line excellent acting. It has a sad depressing premise but well woven humor throughout and a happy ending made it easy to stay engaged and not need any tissues.

The only annoying aspect -and it's not specific to this movie - but most if not every freaking movie from 2014 on... The advertisement and "pushing" of weed smoking. Yeah yeah we get it already Hollywood... Loud n clear- yer all a bunch of stoners. Its suuuch a boring cliche turn off. The opposite of edgy and interesting advocacy. I can't wait to skip ahead to the future where this trend falls in line with big tobacco and it's no longer some fashionable cool "healthy" statement. Blah.

Innocent BystanderReviewed in the United States on April 7, 2020
4.0 out of 5 stars
BG MUSIC WAS TOO LOUD - COULD NOT HEAR KEY DIALOG
Verified purchase
So whoever supervised the sound balance or whatever you call it fcked up enough to be really distracting from the finished product. The background music was too loud and the speaking was too soft at key times where I could not understand what the fck they were saying. Sorry but it was really distracting, precisely because I did like the characters and wanted to know what they were saying. I still liked the movie though and the acting and everything else was really good. I saw some other people complain about the movie being similar to the Big Chill but that didn't bother me at all. Remakes abound nowadays the important thing is to do it well and I think it was really well done.

newtReviewed in the United States on June 2, 2020
1.0 out of 5 stars
no one cares about alex
Verified purchase
this is a bad movie. it is a bad senior thesis for undergraduate film school. it is something that people are ashamed to have on their resumes, or if they have enough on them they leave it off. you should too, unless you enjoy watching milk curdle, then this film is for you!
One person found this helpful
See all reviews
Back to top
Get to Know Us
Make Money with Us
Amazon Payment Products
Let Us Help You
EnglishChoose a language for shopping. United StatesChoose a country/region for shopping.
© 1996-2022, Amazon.com, Inc. or its affiliates