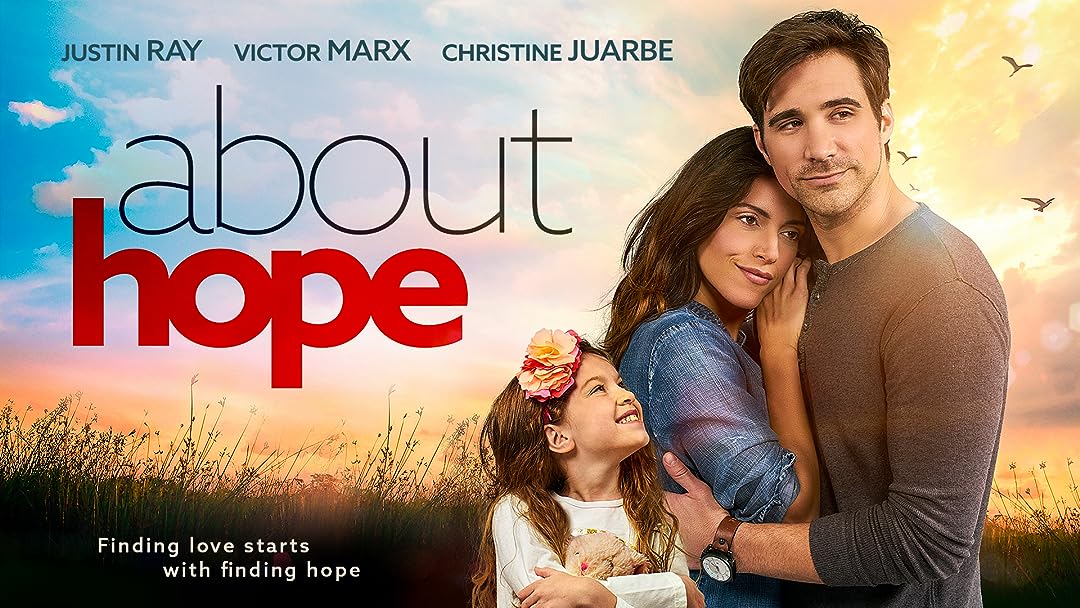 (388)
5.11 h 31 min2021X-Ray13+
A man who has been searching for his true love his whole life finally meets "Mrs. Right," a friend-of-the-family with a wonderful young daughter. But when a wealthy and beautiful woman offers him a glimpse into an extravagant lifestyle (if only he'll give up his morals in return) his family and his faith will guide him to learn that it's not only true love that makes us whole.

kymReviewed in the United States on May 24, 2021
5.0 out of 5 stars
sweet Sunday afternoon movie
Verified purchase
. Yes it is a Christian movie, and that is exactly what i was looking for.. you have no idea how tired i am of watching a movie or show and feel like I have been punched in the stomach every time the main character takes the Lord's name in vain. .. very sweet story , yes, the acting was not Oscar winning , but I am ok with this.
36 people found this helpful

Bill J.Reviewed in the United States on May 29, 2021
1.0 out of 5 stars
No, it not a Christian movie!
Verified purchase
No, this is not a Christian movie! It has some generic religious talk about God, but it really there's nothing about following Christ in it all. The acting is a bit lame, but OK enough, and the music was annoying and distracting. When the guy walks off the photo shoot because he can't take the types of photos they wanted him to take, that good. But he then gets so drunk that he can't remember what happened the night before, and wakes up in a woman's bed. Then the woman he's interested comes to that woman's house and see's him! I didn't care what happened after that. By the way, the woman he liked was angry at him after she went through his personal things and discovered somthing she didn't like. Really? If the man had done that, we know the woman would have been angry at him no matter what he found! Who writes this garbage???
17 people found this helpful

Jessica BokishReviewed in the United States on June 20, 2021
5.0 out of 5 stars
Let me address the complainers
Verified purchase
I really liked it! Some of the acting was alittle robotic and even the best friend was cheesy but i absolutely loved him because he was a wackadoodle!
There are some things that were "sketchy" like, 2 scenes in particular, but the integrity of the character was shown. people are being harsh mainly for 2 reasons, one, that it wasn't christian enough and two, that it was too Christian. There's also talk of adultery and innuendo to it.
First, since when do people have to be perfect and not make mistakes to be a Christian movie? I'm pretty sure that's the whole point of Christ. He's there to improve us, right out wrongs, teach us lessons and so forth. The guy "chased a dream" and made poor choices along the way and hurt someone, but he didn't make any really horrible, life altering choices. So yes, i thought it was a good Christian movie. Lots of great messages!
Second, some said it was too Christian. I don't think that either because like many said, there was an over amount of religious talk. Majority of it came from the dad. And it was overly pushy. I am a Christian so maybe if you're not one, then yes, it'll be too much but if you believe in Christ at all, i don't think it was too heavy. And it was only really pushing the message right at the end.
Anyways...loved it. And the scenes that were a little sketch , really helped towards the messages and help teens/adults see that our actions have consequences, especially some consequences that can ruin things...like getting so drunk you don't know where you are or what happened to you! But we can all all ask for forgiveness from people and from God.
I'd say it's a clean movie, good for teens and up

linda galellaReviewed in the United States on June 27, 2021
4.0 out of 5 stars
An inspirational movie about two people who are
Verified purchase
so focused on their own agenda they almost miss finding each other.

ABOUT HOPE is full of familiar rom-com tropes but it’s much more. Thomas has his integrity tested in his business life and his personal life. He speaks with his father, brother and Hope about being faithful to his Christian beliefs. There’s a strong sense of faith but I didn’t find it preachy.

It’s a clean movie with no foul language, nudity or violence. Romance is limited to a few sweet kisses, hugs and hand holding. There is one scene with Thomas in bed that shows his bare chest, presuming he’s unclothed after becoming drunk at the tricks of someone else. Nothing improper happened and he gets out of the situation in a hot hurry! There’s another scene where models drop their fur coats and they are nude. Thomas exits immediately losing the job and jeopardizing his career.

You know how rom-coms go. 99% of them end with the proverbial HEA. That’s the case ABOUT HOPE🍿
3 people found this helpful

chuckReviewed in the United States on August 12, 2021
1.0 out of 5 stars
Sort of a dramady?
Verified purchase
It is advertised as a comedy drama, but there was not really a lot of comedy. A little too formulaic for my tastes. Also it gets a bit preachy for a comedy. By the end of the movie it has a lot of speeches about God. It felt a bit like you were ambushed with religion. WARNING! There may be a few spoilers.

So a guy meets a girl who is friends with his future sister in law. He likes her and eventually asks her out. They go out once and suddenly the woman feels like they are exclusive. She never discusses it she just assumes it and expects the guy to magically know they are exclusive.

While working he meets another attractive woman who likes his artistic work and offers to help him get opportunities to further his career. For some reason he feels guilty for , OH NO ! having two different dates with two different single women. Note none of these people are in a committed relationship to anyone or each other. Basically there are two women vying for his attention, but I guess the first woman has dibs?

His Dad tells him to man up, but evidently he didn't get the message because at the end there is a tear filled soliloquy of him expressing his love for her and apologizing for the horrible thing of him, a single guy going on a date with two different women within a few weeks of each other. I guess the lesson is that if you go on one date with a girl, she now owns you until she is she decides she is done with you. An important aside guys. Don't burst into tears in front of your girlfriend or a girl you are dating, (note these are exactly the same according to this movie). She might think she will like it, and she might enjoy it for a few minutes before she starts to wonder what in the heck is she doing dating a fragile baby bunny rabbit.

So gentlemen, the lesson here for you to remember is be careful who you decide to date because you have to "Break up with your date" before you go out with a different girl. Guess the writer doesn't believe in doing any shopping around. I wonder if he/she just buys shoes without trying them on first to see if they fit or are comfortable. Because even if they don't fit and hurt your feet, you are stuck with them for life.

Small Business OwnerReviewed in the United States on November 21, 2021
3.0 out of 5 stars
light and "clean" romantic comedy/drama, despite some difficulty with the storyline
Verified purchase
Decent, clean movie without any concerning content. No violence outside a single schoolyard punch and although a few scenes suggested off screen nudity, there were no inappropriate displays of skin, nothing sexual outside of a few brief kisses and not a hint of foul language. If you're looking for a light-hearted movie with a positive message I wouldn't hesitate to watch.

I find it interesting when people post harsh criticism of any movie that gives a message of life and truth as if they recoil from what is good, true, excellent or praiseworthy - here, truth and wisdom came from a father's lips and that portion I'd give 5 stars.

At the risk of being too critical of what I'd peg as a clean and wholesome "rom-com," I'd give the basic premise 5 stars if it were scripted a bit differently, but I had a hard time accepting the plot as written. I'm okay with movies that have some "coincidences" so long as the characters act true to life. I don't think this will be a spoiler because it came out in the very beginning of the movie, but I just had a hard time being convinced a good looking, talented man with strong family ties who very much wanted to be in relationship would instantly "shut off" all interest because a beautiful, talented, compassionate woman didn't meet one of his "perfect" criteria and that such man would have to be practically pushed by all his family and acquaintances into even considering the girl. I'd have a lot easier time believing such a person would get wrapped up in a relationship but be scared of commitment or after the newness faded would be too critical with unrealistic expectations. I felt the movie picked up and I got on board with the character towards the end when he did some soul-searching.

WALTReviewed in the United States on May 30, 2021
5.0 out of 5 stars
AN EXTREMELY CHARMING MOVIE WITH WONDERFUL ACTORS
Verified purchase
ACTUALLY THE PLOT IS RATHER INTRICATE, ALTHOUGH IT IS A VISCERAL FILM, I.E. YOU FEEL IT INSIDE. A PHOTOGRAPHER SEEKING
SUCCESS MEETS A 😊 WOMAN WITH A DARLING 🧒 CHILD. THEY GET ON WELL BUT HE HAS SOME TEMPTATION TO ALLOW A VERY
SUCCESSFUL FAMOUS LADY TO SHOW HIM AROUND, HOPEFULLY LEADING TO FAME AND FORTUNE. 🍸 THE SAD PART IS UNKNOWINGLY MAKING THE WOMAN HE LOVES UNHAPPY. THIS CONCLUSION AND THE HILARIOUS EPISODES HEREIN WILL
DELIGHT YOU. GET OUT THE🍿🍕AND ENJOY THIS FILM.
3 people found this helpful

Jody LoyReviewed in the United States on May 5, 2021
5.0 out of 5 stars
Movie had a good story line.
Verified purchase
I really liked this movie and would rent again.
6 people found this helpful
See all reviews
Back to top
Get to Know Us
Make Money with Us
Amazon Payment Products
Let Us Help You
EnglishChoose a language for shopping. United StatesChoose a country/region for shopping.
© 1996-2021, Amazon.com, Inc. or its affiliates