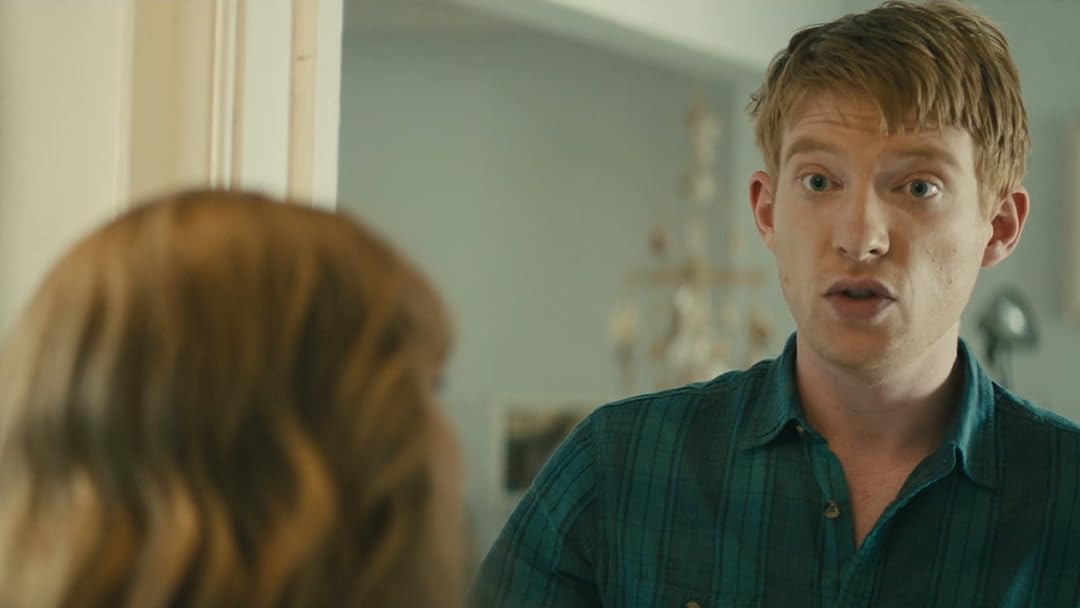 (6,091)
7.82 h 3 min2013X-RayR
From the director of Love Actually comes this heartwarming comedy about love and time travel starring Rachel McAdams that critics are calling "definitely one to watch over and over again."

EMAWforeverReviewed in the United States on August 12, 2016
5.0 out of 5 stars
Lovely movie about the little joys in life
Verified purchase
I decided to watch this one evening when my fiance was out of town (he would've fallen asleep) and was completely surprised by how much I loved this movie. I can honestly say I think it's one of my top 10, possibly top 5. There's something about it that's so perfectly heartwarming and straightforward, even though time traveling is involved. You would think it would seem so far fetched that the story would be completely unbelievable. But the beauty of this movie is it acknowledges how ridiculous it is, embraces the humor and treats it as a fact of life rather than magical revelation. Domhnall Gleeson and Rachel McAdams are amazing together. Bill Nighy never disappoints either. Rarely is there a movie where the ultimate goal is to be happy, live a happy life, and love all those around you. It sounds so simple and boring, but it's beautiful and amazing. I eventually made my fiance watch the movie, and *surprise* he didn't fall asleep! He loved it too. The musical score is stellar. We ended up dancing to How Long Will I Love you for our first dance on our wedding day. Maybe I'm a sap, but something about this movie tugs at the heartstrings and in the best way possible. It's nice to see a movie that focuses on the good, positive and happy and does it in a way that is believable and likable. Plus it's hilarious.
128 people found this helpful

PicklesReviewed in the United States on January 6, 2019
1.0 out of 5 stars
Anodyne, shallow and pointless
Verified purchase
Love Actually is one of my favorite Christmas movies. This film is a terrible disappointment. It’s engaging enough - and the actors good enough - to watch the whole way through. But afterwards, one has that feeling of having eaten too many sugary sweets in too short a time. And, reflecting back on the movie, I got quite irritated. Why is everyone in this film so wealthy? Why are the average looking men in the movie all hooking up with ridiculously beautiful women? Oh hang on - it is because the men are super wealthy. This movie gives us the wisdom of the elites - if you find out you will die of cancer in your sixties, quit your job and spend the rest of your time with family in your Cornwall castle by the beautiful coast, playing ping pong and engaging with your fabulously successful playwrite friend. There are so many dying of cancer who make the misguided decision of keeping working to pay bills, keep a roof over their head and such other trivial worries. Or lie and cheat - because you have special privileges - to get whatever you want, other people’s agency be damned. Savor your privilege is the lesson I get in the end. Also - what a terrible waste of some great actors - Rachel MacAdams, Bill Nighy, etc.
19 people found this helpful

LindaRuth V.Reviewed in the United States on January 15, 2019
5.0 out of 5 stars
One of my all time favorites
Verified purchase
I first saw this movie on a cruise ship on a two week cruise out of Fort Lauderdale to Italy, and put it on many times to fall asleep to. The movie is great, and it is quiet, peaceful, with music that is soothing and helped me fall asleep, which I can seldom do. No bombs, no gunshots, no loud knocking, no car chases (one small accident), it is a good movie to make you think about what you could or would do differently if you could travel back in time. The hero wants to first get a girlfriend... etc., through his life... and the star is quite agreeable to look at if you like redheads! (Also, nice to look at from a woman's point of view is his co-star Bill Nighy. Enjoy it!
20 people found this helpful

Holly HReviewed in the United States on December 8, 2016
5.0 out of 5 stars
What a Lovely, funny movie!
Verified purchase
One of the most unexpected movies I've come across in a long time. Like Groundhog Day, it asks the question "what would you do with all the time in the world to change your life?" When he learns at 21 that the men in his family can time travel, our protagonist is asked what he will do with this gift. As a young man who just wants a girlfriend, our protagonist chooses love as his focus. In subdued British fashion, the result is a comedy about love and life and family in the very best sense. Even superpowers like time travel don't spare him from awkward first dates, bullying flatmates, cruel beauties, foolish friends or driving bosses. Nor do they keep him from the grief of loss. When he gradually learns the secret of happiness, it is a simple one that he passes on to all of us. At the end of this joyous movie, we sighed and remarked "that was lovely." And it was and is in every viewing. A lovely, funny, poinient view of life and love and daily life that I want to see again and again. The sign of a great movie. Enjoy.
38 people found this helpful

Sarah T.Reviewed in the United States on October 15, 2016
5.0 out of 5 stars
Bring on the feels!
Verified purchase
I picked up this movie expecting your typical romantic movie- Don't get me wrong I am a sucker for romantic movies (because I am quite a sap!), but let's face it most romantic plots are boy meets girl in a setting that does not allow them to fall in love right away, but they overcome it and end up happily ever after. Some have plot twists, some take place in an alternate dimension, and so on and so forth. But let's face it, many of these characters do not have depth, nor does the movie explore and emphasize other major relationships in the main character's life besides his/her romantic one. However, About Time does both of that and more.

This movie brought out all the feels. It made me laugh, cry, and a couple times angry, but still very enjoyable to watch! The characters were relatable- they felt more real with their goofy, awkward mannerisms (except for Margot Robbie of course, who I have never seen awkward in any movie before!) The plot remained interesting throughout the whole thing and left me still thinking about the movie (and life- since I am a sap!) long after it was over. I have shared this movie with family and friends who have also enjoyed it as much as I have. I definitely recommend it!

Big MommaReviewed in the United States on May 10, 2019
5.0 out of 5 stars
It's all true, what they say.
Verified purchase
This is an achingly sweet movie. Sweet enough to give you a toothache. And yet - there will be tears. If you are, say, under 35, the romance is enough. From 35 to 55, there are more than enough catastrophes and illnesses, death, and disasters that you've seen to make you think - 'Huh.' Then, if you are older than 55, just prepare to cry a lot. Maybe a box of Kleenex for this one.

There is such unexpected insight in the 'baby switch' scene. If you're a parent, you know your baby is yours and that can't ever change. What if it did? I don't think I'm revealing anything here because this is a time travel movie, not a thriller and no one was kidnapped or stolen. But the switch created a unique moment for the protagonist of the film and he reacted - just as any parent would.

I postponed watching this film even though I own it on Prime Video. Now that I have seen it, I will watch it again. It's no 'Love Actually' (which I think some people expected) but it's just as good. Despite having a time travel subplot, it is even quieter and more natural than 'Love, Actually,' in my opinion.

The comments about the wealth of the characters are justified. This is lots of money on display here - but the privilege is understated. That makes it easier to watch.

S CReviewed in the United States on January 28, 2021
4.0 out of 5 stars
About Time, about relationships, about life - great movie, but cut scenes in purchase!
Verified purchase
EDIT: I wanted to watch a 2nd time, so purchased ... and the purchased copy is missing parts!!! I'm angry - what can I do? If the full movie is only shown as a rental, then Amazon should say so, and let me go back to renting!

ORIGINAL REVIEW: This came out in 2013, but I first saw it here on Amazon in 2020 - and was surprised by how much I really loved it. Kept thinking about it for days. Characters are charming and well-acted. Don't expect internal consistency on the time travel thing, but it's not that important - it's just a device to achieve the main aims. The romance is endearing, but also is only one of several love stories, really. All are full of mistakes, lessons learned, humor and tenderness - as our hero moves toward the big take-away lessons about life itself. The only thing holding me back from recommending this film to certain relatives and friends is it having rougher language and more sexual bits than some would prefer (not my usual diet either). I still loved it, and will re-watch.

tracytasticReviewed in the United States on April 24, 2016
5.0 out of 5 stars
Absolutely fantastic film!!
Verified purchase
This is one of the most beautiful tales I have seen, read or heard since forever. The cast is superb...with Bill Nighy, Rachel McAdams and Tom Hollander raising the bar it'd have to be good. The rest of the talent definitely pulls their own weight but for me the best part of the story/performance was Domhnall Gleeson. If film has an MVP on set award, it's his hands down.

This is a love story. It's about loving your partner and the children you raise together, loving your siblings, your barmy Uncle, your friends, and your mum. Most of all it's about a man's love for his dad.

One other thing I love about this film. It doesn't shy away from the fact that in every family there are one or two people who are absolutely barking.
12 people found this helpful
See all reviews
Back to top
Get to Know Us
Make Money with Us
Amazon Payment Products
Let Us Help You
EnglishChoose a language for shopping. United StatesChoose a country/region for shopping.
© 1996-2021, Amazon.com, Inc. or its affiliates