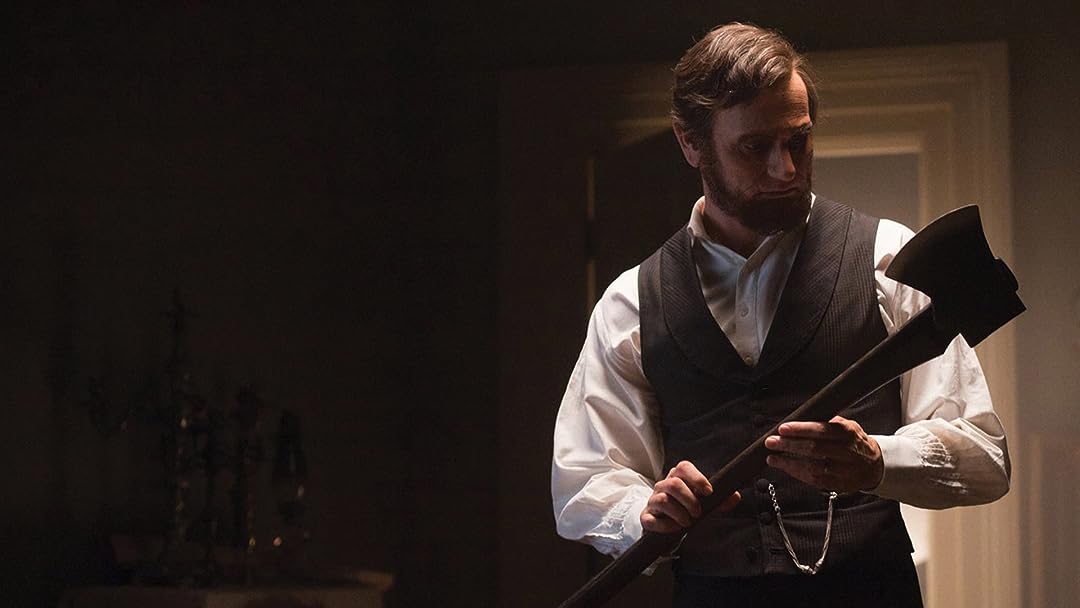 Field__Not__Returned@#Reviewed in the United States on October 26, 2022
5.0 out of 5 stars
Really fun movie
Verified purchase
I won't say much here (there are already many many reviews, some of which are quite in-depth and excellently written).

Suffice to say that the creators behind this movie managed to do the very difficult--they've created a visually engaging movie centered around a wonderfully symbolic representation (Brutal and hideous Confederate traitors are actually vampires? Brilliant!!) that manages to both entertain and pique one's curiosity regarding the true history related to the time period.

Perhaps the best vampire-inspired alternative genre movie that has been made so far.

MeganElizabethReviewed in the United States on November 10, 2022
5.0 out of 5 stars
Literally One of My Favorites and Perfectly Done
Verified purchase
You need this in your life. I never get tired of watching this movie. It’s fantastic and I love movies that use historical events and make it seem like the fiction is a totally legitimate possibility. The casting is perfect and is just amazing.

Meat BrockwurstReviewed in the United States on October 29, 2022
4.0 out of 5 stars
What an odd movie!
Verified purchase
While the concept of this movie is quite preposterous, the execution of it was quite well done! The script and acting was, well, superb! It is a conundrum that such a silly story can, and was, so well done! I would say that the story in and of itself, while preposterous, was done masterfully!
One person found this helpful

R. L. MatsuiReviewed in the United States on August 7, 2012
5.0 out of 5 stars
A Modern Classic Fantasy/Horror Adventure.
Verified purchase
Hovering half-way between being serious and being funny--and enjoying every minute of its crazy balancing act--this is a great movie. A real movie.

Given the rarity of good films made in Hollywood these days, I had no reasonable expectations, statistically, for a good film here. So I went into the cinema and hoped for the best, but expected nothing.

Imagine my surprise when I found that "Abe Lincoln" is 1. a well-acted period film with great sets and costumes, 2. a wildly paced action special effects feast, 3. an effectively witty self-satirical historical rewrite and 4. a gruesomely graphic horror flick! I don't see this as a perfect film--it's got flaws. But the handful of flaws that bother me, I can ignore, because this is a film made with a joyous spirit, and the overall structure works well. I've seen this five times in the theatre at this point. I haven't seen a film that many times theatrically in over twenty years! I had read the book and enjoyed it, but had no idea what the film version might be like. As has been noted elsewhere, the book and the movie are two completely different things: The book delivers a more intellectual experience, and the film delivers a more emotional experience. Writer Seth Grahame-Smith has tailored his book into something simpler and less grim for the screen. I think the decision to make the film a fun action movie was a smart one. It's a wild ride.

History is transformed into mythic fantasy in this yarn detailing the never-before-told story of Lincoln's lifelong battles with supernatural evil. Indeed, the opening words of narration, "History prefers legends to men," express the awareness that events are altered in retrospection, to suit our thirst for myth, for purity of rights and wrongs. But the "rewrite" that ensues shows us the maddest symbolic extremes. Is this a commentary about America's changing self-image? An indictment of our entertainment culture's increasing obsession with simplistic heroes, loud noises and glorified bloodshed? A condemnation that is strangely exemplary of the problem? Without winking, this film makes many sly jabs at the "typical," common-denominator, American action film.

It's simultaneously silly and profoundly moving--a film so strange that many scratch their heads, but in time, I think, it will come to be regarded as a classic of genre cinema. In this searing mixture of the real and the unreal, we witness scenes of outlandish fantasy as well as scenes of a young nation being shaped through moral and political conflict. A wide spectrum of emotions is expressed. Sweeping vistas, vital romance, epic battles: It might reasonably be said that this is the "Gone with the Wind" of vampire films. There is an ecstasy of absurdity. It's fun because it's just plain crazy, but in an expensive, lavish, eloquent, opulent way.

Yes, like "Sleepy Hollow" before it, this one brings back memories of the Hammer classic horror films, which, though violent, were elegant and refined, with beautifully written dialogue. It's a really refreshing change from the crudity and brutal excesses seen in horror films of recent years. This one goes down smooth.

The humor here is pretty subtle, most of the time. This film suggests to the viewer that one of America's greatest Presidents was actually also a fearsome, axe-swinging, monster-slaughtering badass. The story of how all this came to be is lovingly presented as the most serious thing in the world, despite its patent ridiculousness. This "straight-faced" approach is really the key to the humor, and achieves a smart, sophisticated effect.

The Civil War-era story links the intended secession of the Southern states with the rise to power of vampires in those states; so vampirism becomes a metaphor for slavery and man's general inhumanity to himself. The typical horror film focuses on primal fears, and never on issues of morality; so while largely a horror film, this seeks to turn some basic principles of the horror film sideways. The meddling does not stop there. It is true that the story treats its history elements as "flexible material" to be modified as necessary for storytelling purposes (is this unexpected for a film with a title like "Abraham Lincoln: Vampire Hunter"?). But it is also true that the audience needs to be familiar with the American Civil War, Lincoln, Harriet Tubman, and various other historical personages, in order to comprehend the story and get the jokes. Perhaps it's a sad thing, but whimsical fantasies featuring historical figures (like this film, and the first "Bill and Ted" film) are most useful in this day and age for acquainting audiences with these figures in the first place. Inaccurate? Sure. But it's still comprehensible only to literate audiences.

The film is a creative entity--and, like some of my favorite satire-comedies, seeks to go vigorously against the grain of convention, so audience members expecting the normal "action film product" are likely to be confused (and when I watched it in theatres, a good many viewers were certainly confused!). "Abe Lincoln" thinks outside the box and then axe-murders the box. If you happen to be inside the box, well, you are in trouble. But sharp viewers who get the joke are rewarded with a stimulating experience.

While serving up gaggles of vicious monsters, it unfolds an old-school "birth of the hero" story that recalls the tone of earlier Technicolor Hollywood epics and historical biopics. "Abe Lincoln" delivers much, much more than the basic requirements. This is a popcorn film of a higher order.

Many laughs, scares, and thrilling moments. Yeah. I loved it.

NinjamcqReviewed in the United States on November 2, 2022
5.0 out of 5 stars
Shockingly good
Verified purchase
I saw all the great reviews and was very skeptical. However, this turned out to be quite a good movie. I loved the incorporation of (somewhat accurate) historical events that melded surprisingly well with the vampire story line. Overall, a shockingly good watch!

tomReviewed in the United States on October 27, 2022
4.0 out of 5 stars
good movie
Verified purchase
First time seeing this movie worth watching it was a fun movie to watch a little corny at times but so what .

lilsistaReviewed in the United States on October 12, 2022
4.0 out of 5 stars
A bit cheesy, but the story is good
Verified purchase
I’m not into typical vampire movies, but this is not typical. It’s about the blood sucking thieves and scoundrels in politics and other areas of life who only look out for themselves, the ones who put on a facade. Some call them vampires, I call them demons.
One person found this helpful

Nav S.Reviewed in the United States on October 20, 2022
5.0 out of 5 stars
Dumb and Fun
Verified purchase
Its a cheesy but a fun movie to watch. Visual Effects were better than I thought and the story was neat. It was a dumb and fun time that was had watching this movie.
See all reviews
Back to top
Get to Know Us
Make Money with Us
Amazon Payment Products
Let Us Help You
EnglishChoose a language for shopping. United StatesChoose a country/region for shopping.
© 1996-2022, Amazon.com, Inc. or its affiliates