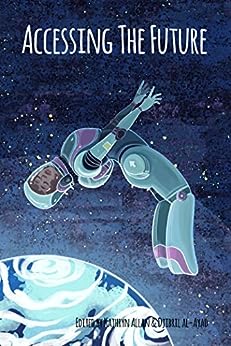 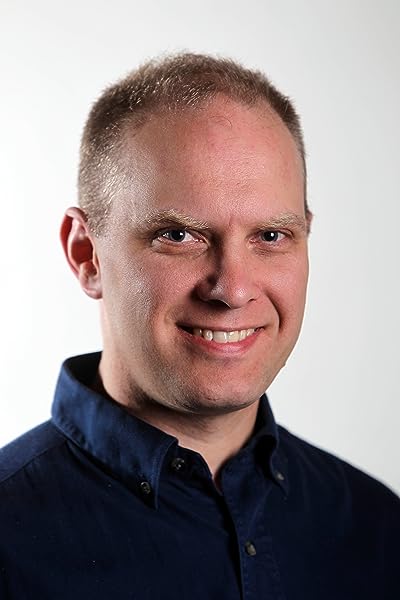 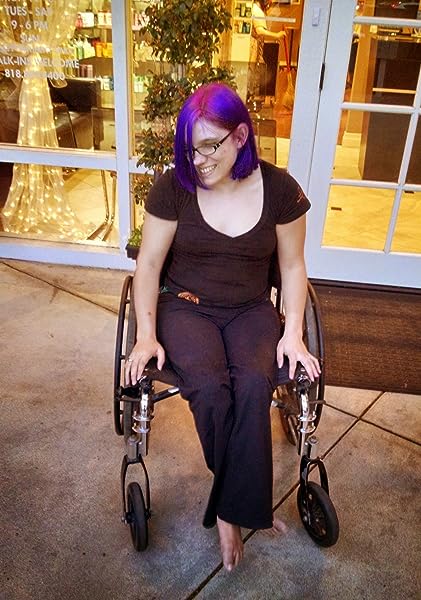 by Nicolette Barischoff (Author), A.C. Buchanan (Author), Joyce Chng (Author), Sarah Pinsker (Author), Robin E. Kaplan (Illustrator), Fabian Alvarado (Illustrator), Rachel Keslensky (Illustrator), Djibril al-Ayad (Editor), Kathryn Allan (Editor), JoSelle Vanderhooft (Preface) & 7 more Format: Kindle Edition
See all formats and editions
Sorry, there was a problem loading this page. Try again.
The fifteen authors and nine artists in this volume bring us beautiful, speculative stories of disability and mental illness in the future. Teeming with space pirates, battle robots, interstellar travel and genetically engineered creatures, every story and image is a quality, crafted work of science fiction in its own right, as thrilling and fascinating as it is worthy and important. These are stories about people with disabilities in all of their complexity and diversity, that scream with passion and intensity. These are stories that refuse to go gently.
Read more
Previous page
Next page

Appy Frykenberg
5.0 out of 5 stars Great Collection
Reviewed in the United States on August 25, 2020
Verified Purchase
A great collection put together by folks from the field. Compared to some other anthologies that combine identity and genre, I found this collection to be very sci-fi driven.
Read more
Helpful
Report abuse

Miri_M
5.0 out of 5 stars so many amazing stories
Reviewed in the United States on January 23, 2018
Verified Purchase
This book I read in parts every so often, and i can say that I have already forgotten some of the beginning stories, but I still have vivid scenes of certain ones. I do know that i loved most of these stories or at least liked them, and that was surprising to me bc typically w anthologies I expect to only like a few. I will definitely reread
Read more
Helpful
Report abuse

Laura N Selinsky
5.0 out of 5 stars How delighted I was to see physically
Reviewed in the United States on August 9, 2015
Verified Purchase
How delighted I was to see physically, emotionally, and/or intellectually challenged people as fully realized characters with lives bigger than their disabilities. Yet, in "Accessing the Future," the short stories are excellent works of science fiction... not didactic statements about diversity or disability. As a teacher of learning disabled students whose hopes are sometimes circumscribed by others' expectations, I feel as if someone just opened a window to let in new dreams. As a reader of science fiction, I am just delighted!
Read more
4 people found this helpful
Helpful
Report abuse

Samantha B.
4.0 out of 5 stars Thematically Important, but Uneven in Execution
Reviewed in the United States on July 9, 2018
Accessing the Future: A Disability-Themed Anthology of Speculative Fiction is one of those anthologies that is thematically important, but uneven in execution. I usually read a couple of anthologies or short story collections per year, so I’m used to their mixed-bag nature.

There are 15 stories in this volume, addressing a range of visible and invisible disabilities. There are protagonists that most readers aren’t used to seeing. (e.g. a young woman with spina bifida in “Pirate Songs”, a blind pilot “A Sense all its Own”, and an aging HOH executive officer on a generation ship in “In Open Air”)

There’s also a lot of focus on assistive technology: who owns it, who uses it, and how that which is developed and tested for the disabled may later be marketed to able-bodied consumers as enhancement. (Sarah Pinsker’s “Pay Attention” is one of my favorite stories in this volume.) Rachel K. Jones’ “Courting the Silent Sun” also makes a case for agency in the use of assistive technology, rather than universal enforcement of a ‘cure’ that not everyone may want.

However uneven it is as a collection, I’m glad that I read it. Disability in fiction is often ‘inconvenient’-- it tends to be brushed aside, ignored, or compensated for in such a way that it no longer makes a difference in the way that the story is told. But in sweeping visible and invisible disabilities under the rug, creators and consumers reinforce societal taboos rather than facing up to differential experience of the world.

Props to The Future Fire for compiling these stories. They gave me a lot to think about, and that’s worth a fair bit.

A Note About the Art:
There are eight illustrations in this volume, each with a carefully-written image description on the reverse. With a couple of exceptions, I preferred the concept of each piece over the execution, but it was still a nice inclusion.

Gml
4.0 out of 5 stars A Stellar Anthology
Reviewed in the United States on March 31, 2017
Appropriate puns aside, this is a high-caliber collection of sci-fi short stories. The great variety among the stories kept me surprised and curious to find out what was next. Some are high adventure, some are deeply poignant, some disturbing, some uplifting -- many of them are many things at once. A personal favorite is the story "A Sense All Its Own," which is action-packed but has room for humor and complicated, memorable characters.
Taken together, these stories are thought-provoking, eye-opening, and mind-expanding -- all things that great science fiction should be. I recommend it to fans of sci-fi and speculative fiction of all kinds.
Read more
One person found this helpful
Helpful
Report abuse

UNCLE
4.0 out of 5 stars four stars -- but I mark harshly
Reviewed in the United Kingdom on November 11, 2015
Verified Purchase
It is great to have this collection. Disability in sf is so often worse than nothing. This collection is memorable for stories and pictures concerning protagonists with physical and sensory disabilities and with neurodifferences. We need more antholgies. more novels. more critical works. especially focussing on what disability brings to the genre; we know the tropes and the harm they do.
Read more
Report abuse

Isabel Cushey
3.0 out of 5 stars Worthwhile Theme, Sometimes Questionable Writing
Reviewed in Canada on October 26, 2016
Verified Purchase
I was really excited to see that this collection even existed in the first place. The general theme of presenting positive, realistic portrayals of characters with disabilities in speculative fiction is, unfortunately very rare to come across, so making a whole collection on the topic was a brilliant, much needed idea.

I found the stories inside fairly hit or miss, though. Some I loved, like the opening story about a girl who gets picked up by space pirates and needs to work out a compromise to get home. Others left me with mixed feelings, often as a result of somewhat shaky or overwritten prose that occasionally obscured otherwise interesting storylines and characters. A small handful, I confess, I found really hard to read, difficult to follow, and overall unenjoyable, usually as a result of overwritten and messy prose /without/ hints of the same strong characters and plot that salvaged most of the others. The majority, however, fell pretty easily into the likeable enough "enjoyable, but could have used more editing" category.

I also noticed that a good few of the collection's plots seemed to rehash one, very similar storyline: humans find habitable planet, humans get into conflict over whether or not its acceptable to colonize or otherwise touch it. While it's a worthwhile storyline and debate in its own, and I can see its thematic connection to the overarching theme of disabilities in the genre, this collection used it often enough to make it feel pretty worn out by the final couple instances.

Overall, I think it could use some heavier editing and maybe a bit more of a critical eye placed on some of its submissions, but I would love to see another collection like this in the future. It was nice to see really anything covering this ground, so the people involved here definitely deserve kudos for putting this out in the first place, and I found most of the pieces in here to be a great time, despite their flaws.
Read more
Report abuse
See all reviews