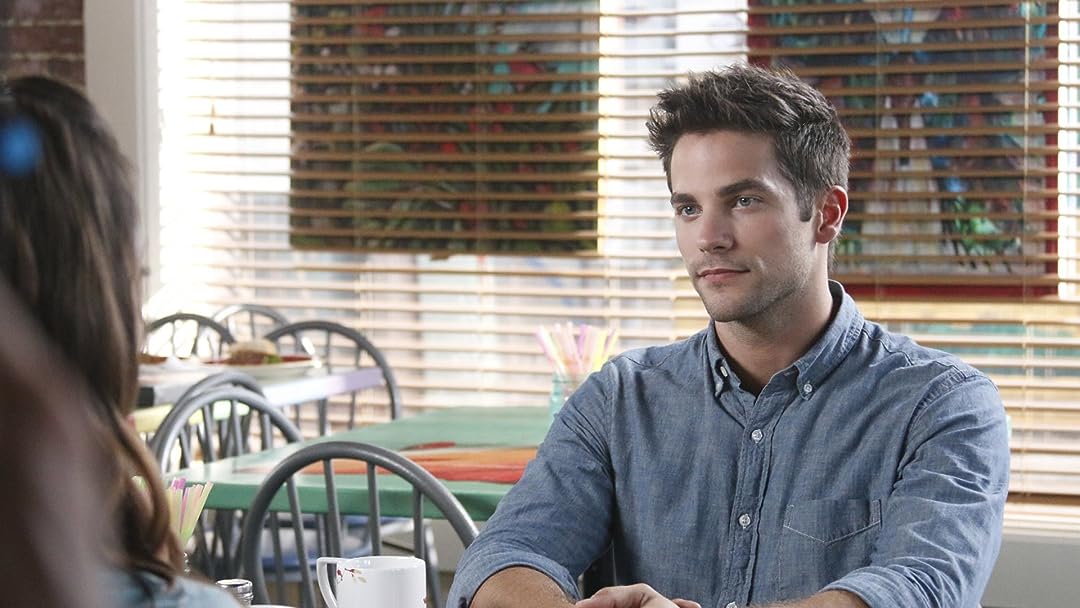 (485)
5.81 h 26 min2016X-Ray13+
Famous actor Chas Hunter and aspiring actress Clarissa Byers agree to fake an engagement to improve both their reputations. However, playing pretend starts to feel all too real as the two start to fall for one another.

vogzhReviewed in the United States on August 17, 2018
1.0 out of 5 stars
Just Horrible
Verified purchase
I usually enjoy a Hallmark type movie from time to time but this was just horrible. The acting, writing and the dialogue in general was just terrible.
29 people found this helpful

catReviewed in the United States on May 29, 2020
1.0 out of 5 stars
Ignore any positive reviews
Verified purchase
This movie is shockingly amateurish and terrible. I'm not too good for a Lifetime/Hallmark movie or a DCOM. But this goes beyond made for TV bad. The acting is atrocious. Joan Severance and Ashley Fink are the only two who escape unscathed with their dignity intact. Everyone else drowns under this strangely incompetent script. It is not difficult to write a mediocre romantic comedy. But this movie is so strangely plotted. There's no real attempt to develop her rivalry with the mean girls or her friendship with her best friend or the central romance. I'm fine with a wholesome, PG movie but these two had no romantic chemistry and then suddenly they kissed and wanted to be together because the movie was ending. While she did give a very flat performance, I don't blame the lead actress for her character being unlikable. It was the writing. She was not sympathetic and vulnerable. How can your ingenue come across as entitled and rude? I DON'T UNDERSTAND WHY THIS MOVIE IS SO BAD.
11 people found this helpful

C. C. MaraisReviewed in the United States on April 6, 2020
1.0 out of 5 stars
Don't waste your time!
Verified purchase
It not a good movie. Bad all around from the acting, writing and camera work. Hallmark has produced some better movies, but this is not one of them. The only person who was a okay actor was the girl who played the actual bride to be. She should have had the lead role. I have to go watch some British productions now to "clean my pallet" on some well written, and acted shows such as Poldark.
9 people found this helpful

chelsea grangerReviewed in the United States on September 26, 2016
4.0 out of 5 stars
Good movie
Verified purchase
It is very good for a typical tv romance movie. I obviously was intrigued enough to rent it rather than wait for it to be free. I kind of love Grant Daugherty after this and have been watching more of his work. 4 not 5 because it is what it is, its not epic, but its not scrap either. The acting is somewhat cheesy as is the script and storyline. Do you expect anything else? I don't. I'm not comparing it to a blockbuster or iconic film, I'm comparing it to tv movies. And for a tv movie, which I've seen many of, its pretty good.
18 people found this helpful

Big MommaReviewed in the United States on August 22, 2020
5.0 out of 5 stars
Very sweet
Verified purchase
The first several minutes of the movie are disappointing if you expected Hollywood to be shinier, more exciting. I thought, 'Well, what can you do with a small budget?'

The scenes where they are back in her home town are quite convincing - of COURSE, there's not a gym in town and of COURSE, there's not an organic grocery. This is where you cross your fingers and hope the handsome hunk does not throw a hissy fit. He doesn't. He fits right in and feels comfortable there. That is what makes this movie work - you don't have to have a diagram drawn to show you how he starts to like the small town. He doesn't have to adjust his behavior. Somewhere back in his history, he has been someplace similar and liked it.

I liked all the actors. The plot moved along at a good clip, the dialogue was what you would expect for that kind of town and place and those people. There was a good dose of romance. Sweet story!

A.K.Reviewed in the United States on April 19, 2020
1.0 out of 5 stars
Acting, dialogue, scenes are horrible, DO NOT WATCH
Verified purchase
Everything just looks, feels, sounds fake. Even the real coffee shop in the movie looks fake like it's on stage, no one has muffins on a plate without a cover, it's a health code violation, the coffee shop is super quiet like the audience is waiting for the main star to speak as she walks from one customer to the other, and pretends to be surprised by like the 3rd customer in a not so busy shop who is supposed to be this hot shot teen star. Just, don't watch, I fast forwarded and it's crap like this throughout.
5 people found this helpful

PameliciousReviewed in the United States on January 17, 2021
2.0 out of 5 stars
Maureen McCormick is the only bright spot
Verified purchase
I don't get it - the main actress is playing a wannabe actress. She's supposed to be gorgeous and a great actress - well the actress playing her is neither gorgeous or a great actress.

Don't get me wrong - homeslice isn't fugly. But she's told several times how gorgeous she is, and I honestly don't see it. She's girl-next-door pretty - that's not a bad thing. But Maureen McCormick's character is her agent and tells her over and over again how talented she is and how pretty, blah, blah, blah - and um... yeah. Homeslice can't act her way out of a paper bag. Her delivery is wooden. She doesn't relax into the role. She's stilted.

Her best friend, the bride-to-be, is the one who should have been in the main role. Pretty, good actress... she would have been believable in that part.

The story itself.... well, it's right out of a romance novel. No twists, no turns... just the same old story Harlequin has been churning out for years.

The actors who play the parents are fun to watch. Other than that, pass on this. Watch something else. I only had it on while I was doing other things - if you plan to just sit and watch, don't. It does, however, make great background noise.
2 people found this helpful

Sally SeashellsReviewed in the United States on July 4, 2018
3.0 out of 5 stars
STANDARD ROMANCE, BUT OKAY FOR HOPELESS ROMANTICS
Verified purchase
It was a romance. Probably not that great by most people's standards: unknown actors, low budget, cheap looking sets. But I'm a hopeless romantic. I just want to see the guy get the girl. I want to see them ride off together into the sunset. I want to see a decent looking kiss (PG rated is okay). This is close enough.
10 people found this helpful
See all reviews
Back to top
Get to Know Us
Make Money with Us
Amazon Payment Products
Let Us Help You
EnglishChoose a language for shopping. United StatesChoose a country/region for shopping.
© 1996-2022, Amazon.com, Inc. or its affiliates