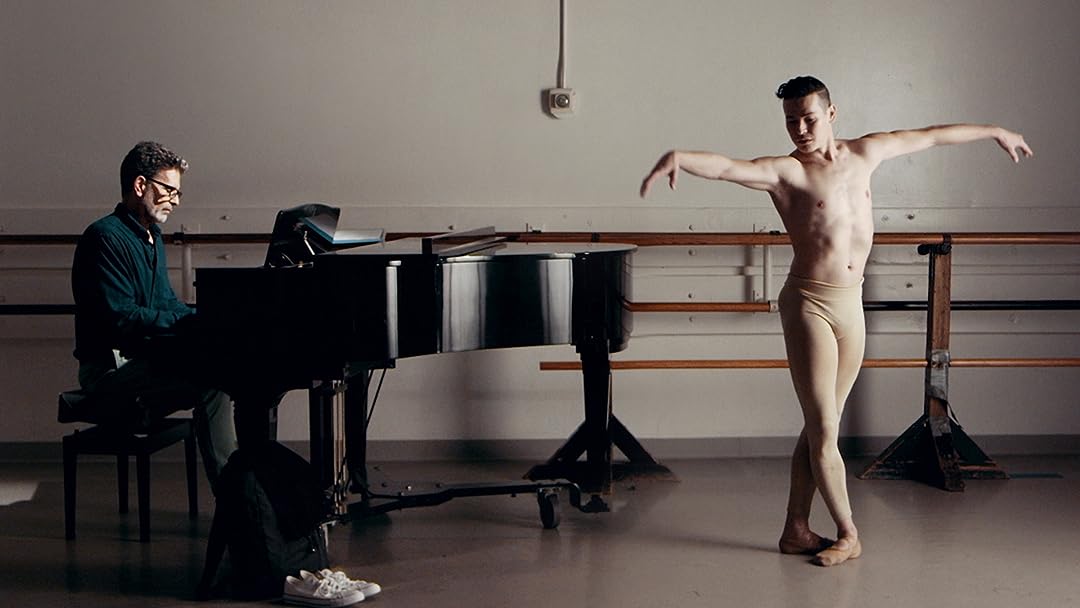 (145)
4.11 h 33 min201918+
Dr. Jason Holden, early 50s, is in danger of losing his family, because of a tragic automobile accident. He becomes a piano accompanist at a local ballet studio and falls in love with Brandon Wykowski, 27, a troubled dancer.

DavalonReviewed in the United States on September 22, 2021
2.0 out of 5 stars
Unbearable and unwatchable.
Verified purchase
I attempted to get through 40 minutes of this "movie." This is not a movie. Some off-kilter accompanist who doesn't know the difference between a mazurka and a tango gets involved with an off-kilter ballet dancer. They're both men. The accompanist is older. He was/is married with two kids, now divorced/separated. The ballet dancer has a sick but abusive boyfriend. "Fate" brings them together. A lot of time people say the f word for no particular reason. Drone shots of beaches are thrown in to make it seem like something is happening. Nothing is. No one has any acting talent. The script (?) is atrocious and after 40 minutes I didn't care about anyone.

Ricky Palomino as the ballet dancer gives his best shot, and he has a spark and attractiveness, but the script is horrific so he can't do anything to save it.

I hear there is going to be a sequel, to which I ask, "Why?"

Poorly edited, cheaply lit, locations look like they belonged to the cast members. Not engaging.

Note: When people angrily yell the "f" word, it does not create conflict and does not engage audience members in the scene. If there is a legitimate reason for it, great; if not, don't use it. This film uses it extensively and I couldn't think of one time it was called for.

I gave it two stars: One for Ricky Palomino's enthusiasm and natural charisma (although it's not really coming through in this poorly written part) and Writer/Director/Star Frederick Keeve, who plays his own piano.

Tom GeorgeReviewed in the United States on July 21, 2021
1.0 out of 5 stars
It's that bad...
Verified purchase
This movie started out well and kept my attention the first half. Then it's like someone played a trick on me, after my guards were down and that last half (I couldn't make it through the last 10 minutes, I really tried) was so bad I couldn't even give it a two star rating for the first half. I am sure the writer & director thought they were being very creative. They were wrong. It got so weird and incredibly predictable. The acting was good; too bad the script and story were so idiotic and boring.
4 people found this helpful

Marketing Professor in ConnecticutReviewed in the United States on July 10, 2020
1.0 out of 5 stars
So bad
Verified purchase
Bad and confusing story that poorly mixes fantasy, drama, romance, and drama. Poor direction. Poor acting by the two male leads. Almost unwatchable. I’ll never get that time and money back that I wasted on this rental. Oh, well. Not the first time.
8 people found this helpful

Discriminating ConsumerReviewed in the United States on November 17, 2020
1.0 out of 5 stars
Don't do it
Verified purchase
This is the worst acted, directed and written attempt to tell a ridiculous story.. I hope the two leads have day jobs because they need to do us all a favor and never act again.. I was actually laughing at any attempt at drama until I got so bored I had to turn it off.
6 people found this helpful

Don ShawReviewed in the United States on February 7, 2021
1.0 out of 5 stars
Like slowing down for an accident
Verified purchase
I wish I had stopped watching as several other reviewers did. Inexplicable story and unbelievable relationships. I won't go into all the moments that made no sense. Thank heaven for the Chopin and the Rachmaninoff.
6 people found this helpful

DavidReviewed in the United States on September 29, 2020
1.0 out of 5 stars
I tried to watch the whole thing, but . . .
Verified purchase
Once I begin watching a movie, it is extremely rare for me not to finish it. Even if it starts out badly, there's always a little hope that it will get better. This movie, however, was the rare exception. I made it through the first half hour before I decided I just couldn't stand it any longer. So glad that I rented it instead of buying it.
5 people found this helpful

KevinReviewed in the United States on July 25, 2021
3.0 out of 5 stars
Not great, but not bad.
Verified purchase
The film has an interesting premise and holds a lot of promise. Unfortunately, it doesn't completely deliver.

The story is good, but predictable. Halfway through, I knew how it was going to end. I hoped for a plot twist that would never come.

The soundtrack is simply amazing. This is the best aspect of the film.

I enjoyed the dancing but I know little about dance. Though in the class scenes, I could see inconsistencies between the dancers. This didn't bother me because it was a class setting. Being a teacher, it seemed realistic that some would be more advanced than others.

The cinematography, though, is weak at best. There are many beautiful shots but they don't make sense in the scheme of the film. Long establishing shots that don't establish anything. They could have cut so many of these and it would not have impacted the storyline at all and would have strengthed the film.

The acting was capable, my biggest critique I will make later, but each performance was capable but not nuanced.

Where the film suffers the most is that it is written by, directed by, and stars Frederick Keeve. This does not work well for the film. Not that he isn't talented but by doing all three, the film lacks balance in performance. It feels like I am watching a student/amateur film. (That does not equal bad. but it is uneven.) The film was in desperate need of collaboration. There were times where it needed someone to say, "That isn't working" to Mr. Keeve. Very few people can direct themselves and self direction did not work in this case.

All in all, the film is okay, but it could have been better. I would not choose to watch it again, but I am glad I did. I would have my students watch it so we can discuss the importance of collaboration.
One person found this helpful

LuisReviewed in the United States on August 4, 2020
1.0 out of 5 stars
awful dead movie
Verified purchase
this movies was depressing , went nowhere! giving homosexuals a bad name
8 people found this helpful
See all reviews
Back to top
Get to Know Us
Make Money with Us
Amazon Payment Products
Let Us Help You
EnglishChoose a language for shopping. United StatesChoose a country/region for shopping.
© 1996-2022, Amazon.com, Inc. or its affiliates