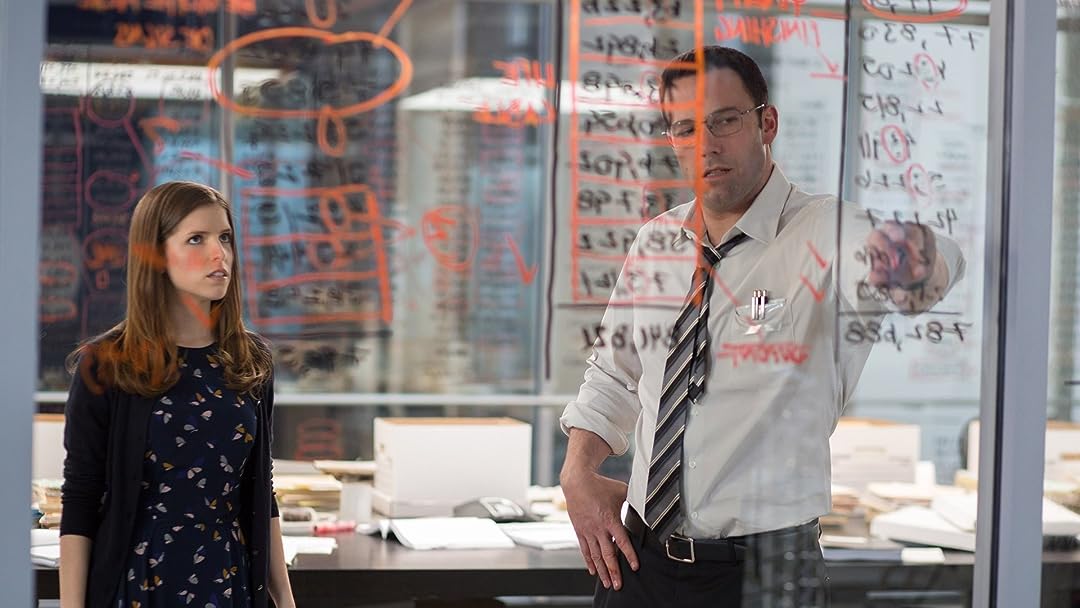 Michael RathbunReviewed in the United States on December 30, 2016
5.0 out of 5 stars
I'm autistic. I didn't expect to like this film.
Verified purchase
I go to this sort of show to see what people are saying about us.

I liked it. I find that quite a few of my autistic friends did as well. This reaction is not universal.

There are many things that reviewers in the autistic community find fault with. I concur on many points, especially the physical transformation of the protagonist, but not so much as to dim my overall appreciation. As well, the sound+light+stim sensory scenes have been a real challenge for me, especially when I first saw this film in a theatre.

I loved what they did with the puzzle piece, which is often hated in the adult Autistic community for reasons that wouldn't fit here. There were myriad other touches that spoke "my tribe" to me. The revelation of the actual identity of the other most important female character evoked tears.

EDIT: I've now seen this piece five times. There is something new to notice every time. (My particular sensory processing issue means that lots of details will escape me, as it takes me quite a while to interpret what I'm looking at. Going grocery shopping with me is reportedly a difficult experience.)

Grace127Reviewed in the United States on December 29, 2016
5.0 out of 5 stars
Best movie I've seen in a long time
Verified purchase
This was one of the best movies I've seen in a long time. It was a treat to watch a movie that emphasized the story-line first and foremost; I really enjoyed watching the story unfold. There was plenty of action, too, but it served the plot rather than replacing the plot. Ben Affleck rocked his role, as did the rest of the cast! Great job!
157 people found this helpful

Warren J. DewReviewed in the United States on January 13, 2017
5.0 out of 5 stars
Excellent representation of high functioning autism
Verified purchase
This is an excellent film with plenty of action, a carefully crafted plot with plenty of layers revealed gradually through the movie, and best of all, an excellent representation of a protagonist with high functioning autism (HFA). The script handles perfectly the conversational styles of the auties and the puzzled manner of the neurotypicals who interact with them. Affleck does a great job of staying mostly in character for HFA, breaking it just enough to clue in the neurotypical audience - that's you normal folks - about what's going on with the plot in situations where the story line would otherwise be opaque except to auties. The protagonist is likely to be highly empathetic to aspies and auties, and there are plenty of empathetic neurotypical characters as well.

The film is R rated, mostly for violence, and for occasional swear words.. The violence is not especially graphic but a lot of people do end up dead. To avoid spoiling the film, I won't say more.
59 people found this helpful

Alexa Leigh CorbettReviewed in the United States on March 13, 2017
5.0 out of 5 stars
I'd watch this over and over and over again and I never watch movies twice
Verified purchase
I have asperger's and was told to watch this movie by my father while we were having our weekly brunch. I was reluctant at first because it looked like a BS film from the trailer,an i have better things to spend my money on, but I took a risk because dad asked. i was pleasantly surprised by all the nuances that I associated and identified with that were portrayed in the movie.
It actually helped my father understand what was "going on" with my older brother (now deceased, also had aspergers), and it helped my father come to the realization that the environment my brother needed to thrive wasn't something he was capable of providing at the time that my brother needed him to, but he could make up for it now with me. That is a beautiful thing, and something not possible without this film.

So, it is well done. Many of the specific mannerisms depicted by Affleck are uncannily accurate of asperger's, i'll attest to that. The social awkwardness--that's the story of my life. I'd watch this over and over and over again and I never watch movies twice.
70 people found this helpful

Mark O.Reviewed in the United States on May 1, 2017
5.0 out of 5 stars
Goofy title. Great film.
Verified purchase
I'm not a big Ben Affleck fan, but, the reviews on this movie convinced me to buy the 4K UHD Blu ray. I'm glad I did. The movie was excellent. The character is a definite counter to Matt Damon's character Jason Bourne. The story line and various characters were interesting and engaging. The title threw me off and I wasn't going to see this just based on the title alone. The title and the character seem unlikely until you watch the story unfold and then it all makes perfect sense. There were some hanging threads that scream for a sequel and if there is I will buy it. I thoroughly enjoyed this movie. For me this is Ben Affleck's best work. And I'm not a Ben Affleck fan.
30 people found this helpful

Peter LundellReviewed in the United States on April 3, 2020
2.0 out of 5 stars
Smart but...
Verified purchase
The Accountant is a smart, intriguing film for which I would have given five stars but for two things:
First, the storyline left too many unexplained and unanswered questions, especially about why this guy did what he did. It did fine at clarifying why he's a savant and why he's a good trained killer. But his apparent stint in the military? Or the big one: why did he get involved with organized crime? Then why did he take on an apparently legitimate business? And with that there were too many loose ends in the robotics company subplot.
Second, the whole package deal of the movie was so amoral. I'm not looking for moralism, per se. I'm looking at it from the very same way the vast majority of--at least American--moviegoers do. Show me some redemption. Show me something where right overcomes wrong. This universally human inclination is foundational for nearly every shoot-em-up poetic justice film you'll see, except maybe for European films (except for the Brits who get it). The fact that the guy has high-functioning autism doesn't excuse the fact that it all has little or no moral compass. And after he's shot everybody up, he just drives away, as if he'd finished a softball game. And after going after him, no one cares to go after him any longer. So bogus. Other than that the acting and directing and cinematography were good. But the film left me feeling as bad or amoral as the people in it.
6 people found this helpful

PattyReviewed in the United States on June 30, 2017
5.0 out of 5 stars
Best Movie I Have Seen.
Verified purchase
This was the best movie I have seen to date. Ben Affleck was spot on portraying a high functioning autistic. The plot was well done and the movie kept me on the edge of my seat the entire time. I especially liked the ending, it wrapped everything up nice and neat. I would definitely recommend this movie to anyone who likes suspenseful thrillers, which it's how I would describe this film. Other people may describe it differently. I normally don't watch movies like this but I originally wanted to see this movie because the trailer description stated that Been Affleck was playing an autistic character and because I have a nephew who is a high functioning autistic, I wanted to see how Ben portrayed the character and he did it spot on. I don't know what else to say about this movie except go watch it, because I'm afraid if I say anymore, I will inadvertently give away too much info about the movie.
15 people found this helpful

Topdog-182Reviewed in the United States on November 23, 2020
3.0 out of 5 stars
Entertaining, but mediocre writing and direction; misguided in its portrait of an Autistic
Verified purchase
I don't get the fawning reviews; but then I am just not a fan of Ben Affleck, he is just not a great actor to me. I was looking for this category of movie to watch, and the rest of the cast convinced me to watch in spite of my reservations about BA (i.e. John Lithgow, J.K. Simmons, Jeffrey Tambor, Anna Kendrick). Unfortunately for me, it was like they were all instructed not to out shine the headlining star. Not the worst acting; just really not their level. It really felt like their were holding back. Anna Kendrick's character seems so one-dimensional for one; and in spite of one moment of displaying her power (as she defends herself on her stove top), her character was general subservient and weak, in ways I found either incredible, or just silly, given Kendrick's talent. The portrait of an Autistic by Affleck smacks of the usual ableist portrayal - similar to bourgeois faux-liberals that do just enough or understand just enough that they can point to their good work and feel satisfied with themselves, whether or they not they have actually succeeded in making a difference. Yes it seems like Affleck did some homework, but ends up to have engendered a rather cartoonish version of an Autistic. I do like the movie's take on Wolff as a child making his puzzle upside down and freaking because hadn't the last piece (until Justine finds it; innately understanding what was happening). I just wish the movie had played more with those kinds of ideas, or done a better job (in the writing) along those lines to give meaning to the character and story. Affleck just seems to 'wear' his traits, rather than imbue his character with them. That said, it was not so bad as to be not entertaining enough for $4 and hence 3-stars.
One person found this helpful
See all reviews
Back to top
Get to Know Us
Make Money with Us
Amazon Payment Products
Let Us Help You
EnglishChoose a language for shopping. United StatesChoose a country/region for shopping.
© 1996-2022, Amazon.com, Inc. or its affiliates