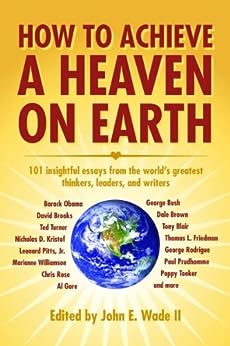 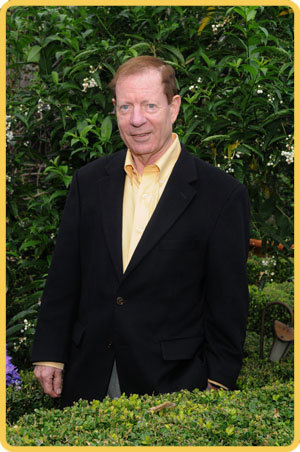 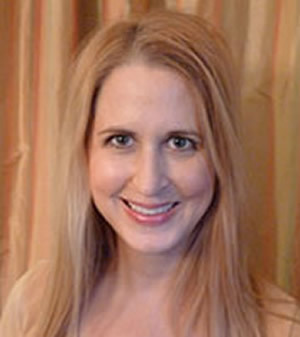 How to Achieve a Heaven on Earth Kindle Edition

"These essays encourage readers to reflect on their own means of achieving peace in their lives, making a fine addition to any general lending library!"
-Midwest Book Review

"A fascinating octopus of a book on global change, reaching in all directions at once."
-Library Journal

"These small and simple solutions have the capacity to proliferate and create a global impact."
-Our Simple Joys

Contributions from 101 of the most prestigious thinkers, writers, public figures, and other luminaries on a wide range of topics fill the pages of this meditation on how to make the world a better place. Focusing on the large problems of the world as well as the little challenges people face, How to Achieve a Heaven on Earth tackles the momentous question of what each of us can do to improve our community, our country, and our world, one step at a time.

John E. Wade II is an author, investor, philanthropist, and founder of the nonprofit organization Soldiers of Love. An active member of his church and civic organizations in his area, Wade holds an MA from the University of Georgia and has worked in a range of fields. His extensive travels, including visits to China, India, Egypt, Israel, Syria, Jordan, and Brazil, inspired him to collect the essays in this work. Wade lives in New Orleans, Louisiana.

"How to Achieve a Heaven on Earth is an inspiring and uplifting book. It is a thoughtful compilation of essays and other works that address the key elements of life in today's world."
--Peter Ashenden, president/CEO, Depression and Bipolar Support Alliance

"This book is a miscellany of experiences and ideas from well-known people such as Mother Teresa and Warren Buffett as well as ordinary people who have had extraordinary experiences. They will inform and inspire you . . . and perhaps lead you to become one of those people who creates solutions for others and for the world instead of just complaining about the problems." --Michael Norton, author, 365 Ways to Change the World

"Some of the world's modern thinkers, leaders, activists, and writers offer insights on the world and what they believe can be done to find peace, security, freedom, moral purpose, meaning, and more." -Catholic Digest

John E. Wade II is an investor, philanthropist, television producer, and former CPA. Though retired, he is busier than ever attending to his calling to engage the world and spread a message of hope for a true heaven on earth. He is the founder of Soldiers of Love, a nonprofit dedicated to making a long-term impact on all ten elements of his tenets. He lives in New Orleans.

Peter J. Tanous has served on several corporate boards and has written numerous books on money management and investing.

Christine Barnes is an organization development consultant and certified coach with a global high tech company.

Kenneth Einar Himma teaches philosophy at Seattle Pacific University and has published scholarly articles in the areas of philosophy of religion, philosophy of law, and information and computer ethics.

Jane Roper is senior copywriter at the Boston marketing communications agency PARTNERS+simons, where she does her best to practice truth in advertising. --This text refers to the hardcover edition.
Read more

John E. Wade II
5.0 out of 5 stars Editor's review of "How to Achieve a Heaven on Earth"
Reviewed in the United States on February 14, 2010
Verified Purchase
The book is like no other in its intent and broad scope. It is hard to label because it is so unique. It was ten years in the making, beginning as I was inspired to write about a heaven on earth in the Holy Land (Syria, Jordan and Israel) on a Presbyterian trip.
With much time, energy, effort and money we compiled essays, articles and speeches from President Obama, President Bush, Vice President Gore, Tony Blair, Nobel Prize winners, Pulitzer Prize winners, other notables and ordinary people. All are well written,thoughtful and truth-seeking.
There definitely is a spiritual element, humankind can't reach a heaven on earth without God's enduring, steadfast love. However, most of the book is related to what we can do,individually and collectively. If you don't have an destination in mind, it is doubtful that you will ever reach it.
Individually, motivate yourself with my conceived pledge, "I will try to love and help create a heaven on earth."
Collectively, search for peace, security, freedom, democracies, prosperity, spiritual harmony, racial harmony, ecological harmony, health as well as moral purpose and meaning.
Aside from the pledge, the thing that stands out in the book is the quote from Tony Blair in speaking of the new world order, "Idealism becomes the new realism." That is reflected throughout the book and is a must-read for a comprehensive overview of our great possibilities.
John E. Wade II
Editor
"How to Achieve a Heaven on Earth How to Achieve a Heaven on Earth "
Read more
3 people found this helpful
Helpful
Report abuse

John Chancellor
TOP 1000 REVIEWER
4.0 out of 5 stars Interesting, Thought provoking
Reviewed in the United States on February 26, 2010
John Wade II starts with a goal or mission: "I will try to love and help create a heaven on earth." To accomplish this he starts with defining what would be necessary to achieve a heaven on earth.

He then defines what he understands each element to mean. He does all this in the preface to the book. This is probably the most valuable part of the book. Here he sets out his mission and philosophy and you need to understand this to know the purpose and direction of the book.

Next he has assembled short essays from 101 authors that give their perspective on one of these elements. These essays are generally one to two pages. The authors include an extremely well known cross section of thinkers and leaders.

There is a wonderful mixture of ideas and thoughts presented here. There is no doubt that each reader will find some essays that really touch them and some that don't. This must be the case with presenting such a wide variety of authors.

What you gain from the book will depend to some extent on your personal philosophy and how open you are to new ideas and thoughts.

Because there are so many different authors and the essays are of necessity very short, no one is able to explore any topic in great detail. Depending on your taste, this is either very good or very bad. There is something to be said for being exposed to many different viewpoints and being able to pick and choose what you read. It is certainly not necessary to read cover to cover. I would pick and choose which essay I read. It is a great book for reading when you have very limited time.

I found the most thought provoking essay to be A Look at Radical Islam by Paul Marek. But there were literally dozens of great essays in the book.

The book would also make a great gift. Anyone can find a number of essays they like in this book.

The overall philosophy of the book is certainly one we all should give more attention to: trying to make the world a better place, creating a heaven on earth.
Read more
9 people found this helpful
Helpful
Report abuse

Cathy A. Pulsifer
5.0 out of 5 stars an interesting book
Reviewed in the United States on April 24, 2010
Is there truly such a thing as heaven on earth? Is it something that is achievable? These two questions came to mind as I started reading this book. This book contains essays on many topics: peace, security, freedom, democracies, prosperity, spiritual harmony, racial harmony, ecological harmony, health, moral purpose and meaning, and individual paths to heaven and earth. And as you read these essays, written by people from all walks of life, you will start seeing how heaven can be achieved on earth.

Is a heaven on earth possible? John Wade II writes in his preface, "I believe that if we - one by one, million by million, billion by billion - would all accept this challenge, the world would progress immensely. Think about the words and use them to motivate yourself to reach out to love and help others." After reading the book and reflecting on the essays, it is clear that we could find heaven on earth.

This book is one which you can read from front to back, or you can pick it up, open it and just read one essay. The essays are short and to the point. The preface written by John Wade II is a great summary of why and how the book came about. Certainly a book that will inspire you and give you lots to think about.