Acropolis Now: A Billionaire Romantic Comedy and millions of other books are available for Amazon Kindle. Learn more
Share <Embed>
Have one to sell?
Sell on Amazon 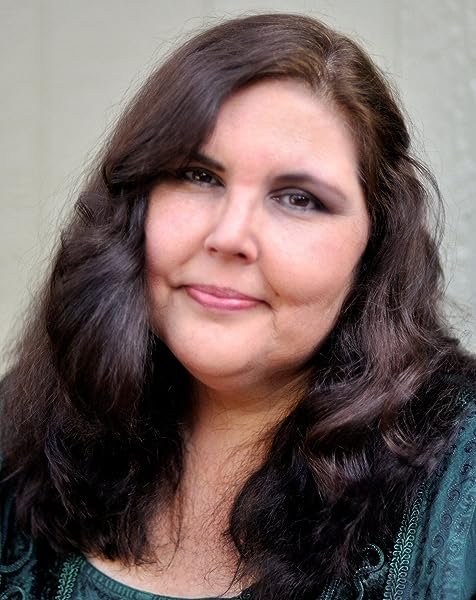 by Katie MacAlister (Author)
4.7 out of 5 stars 96 ratings
Book 4 of 4: A Papaioannou Novel
See all formats and editions
Sorry, there was a problem loading this page. Try again.

Sometimes, happily ever after takes its own sweet time...

When Moonbeam Swiftcloud Nakai went to England on a scholarship and fell in love with a Greek student named Neo, she never thought her life would be one of regret, lost love, and oppression. But Romeo and Juliet weren't the only star-crossed lovers around, and Beam and Neo were separated, doomed to be forever apart.

Until the day when Beam is forced to go back to Greece to face everything she'd tried so hard to forget. When her beloved niece falls afoul of the same person who broke her heart in the past, Beam is determined to make things right. And if that includes facing down her former husband Neo, then so be it.

Neo had spent his life trying--and failing--to forget the only woman he'd ever loved, but her betrayal broke more than just his heart. So when Beam marches back into his life with a demand that he stop picking on her niece, he's alternately overjoyed and dismayed -- there's no denying that life has thrown them together for a reason.

Only this time, he's not sure he can survive another betrayal. Can he salvage their relationship, or will he be doomed to repeat the same mistakes?

Page 1 of 1 Start overPage 1 of 1
Previous page
Next page
Start reading Acropolis Now on your Kindle in under a minute.

New York Times, USA Today, and Publishers Weekly bestseller Katie MacAlister has always loved reading. Growing up in a family where a weekly visit to the library was a given, Katie spent much of her time with her nose buried in a book. Despite her love for novels, she didn’t think of writing them until she was contracted to write a non-fiction book about software. Since her editor refused to allow her to include either witty dialogue or love scenes in the software book, Katie swiftly resolved to switch to fiction, where she could indulge in world building, tormenting characters, and falling madly in love with all her heroes.

Two years after she started writing novels, Katie sold her first romance, Noble Intentions. More than fifty books later, her novels have been translated into numerous languages, been recorded as audiobooks, received several awards, and are regulars on the bestseller lists. She also writes for the young adult audience as Katie Maxwell.

Katie lives in the Pacific Northwest with two dogs and a cat, and can often be found lurking around online.

Bookworm
5.0 out of 5 stars A Fabulous Surprise!
Reviewed in the United States on April 16, 2022
Verified Purchase
For whatever reason, I did not realize that this book was in the works and was very pleasantly surprised when it popped up on my Kindle recommendations. I own the other books in this series and was eager to read it. I thoroughly enjoyed it. I liked the characters, and once the action picked up in the "Present" setting found myself having a difficult time putting the book down. I like Nero and Beam together; they have chemistry and are empathic characters. I thought the book contained all of the magic of the Papaioannou novels and actually enjoyed this one more than I did Books 2 and 3, which is saying something. Thank you, Katie, for continuing this series!
Read more
Helpful
Report abuse

Beach Comber
5.0 out of 5 stars Amazing!!!!!!
Reviewed in the United States on June 6, 2022
Verified Purchase
Another completely awesome amazing wonderful funny sexy Greek story! Neo and Beam are just another awesome couple who have a bunch of roadblocks to love. Ms. MacAlister has written another supremely enjoyable book and so excited we got to visit with all the cousins.
Read more
Helpful
Report abuse

Hice
5.0 out of 5 stars Another great read in a great series
Reviewed in the United States on May 16, 2022
Verified Purchase
I started reading Katie MacAlister's books for the Dark Ones, then the Dragons and ended up enjoying her writing so much that I branched out to everything else she's ever written. Along the way, I fell in love with the Papaioannou men and their trials and tribulations to find love. Acropolis Now, the latest in the saga, was no exception. Reading the synapsis, I was prepared to hate Neo for what he had done to Beam and her niece. But then...sigh. As usual, I fell for him, too! Just do yourself a favor and give it a try, especially if you've only read Katie's paranormal romances. These are just as fun!
Read more
One person found this helpful
Helpful
Report abuse

erica M
5.0 out of 5 stars Neo and Beam
Reviewed in the United States on April 4, 2022
Verified Purchase
Another fantastic and sexy book with the Greek men!!! The Greek books are absolutely one of my favorite series’s by the lovely and talented Katie macalister!!! Makes me swoon for a sexy Greek man.
Read more
Helpful
Report abuse

Wendy W. Durden
5.0 out of 5 stars Greeks for the win!
Reviewed in the United States on April 5, 2022
Verified Purchase
Once again Katie gives us fully developed characters, great plotting and hilarious dialog. Filling as this was, now I want another! Katie, listen to your muse and get typing, please.
Read more
Helpful
Report abuse

Amazon Customer
5.0 out of 5 stars Amazing!
Reviewed in the United States on April 9, 2022
Verified Purchase
Awesome book, as always! Can’t wait for the next one and for Ziggy’s story! Keep up the great work, Katie!
Read more
Helpful
Report abuse

Moogie
5.0 out of 5 stars I Love How She Wtites
Reviewed in the United States on April 7, 2022
Verified Purchase
Ms MacAlister is such a gifted writer. She infuses her stories with laugh out loud irreverent dialogue. Acropolis Now is no different. There is a serious story going along and one of the characters will pop off with some totally inappropriate comment. She certainly keeps it interesting. If you like romance and a fun story, you will love this book.
Read more
Helpful
Report abuse
See all reviews