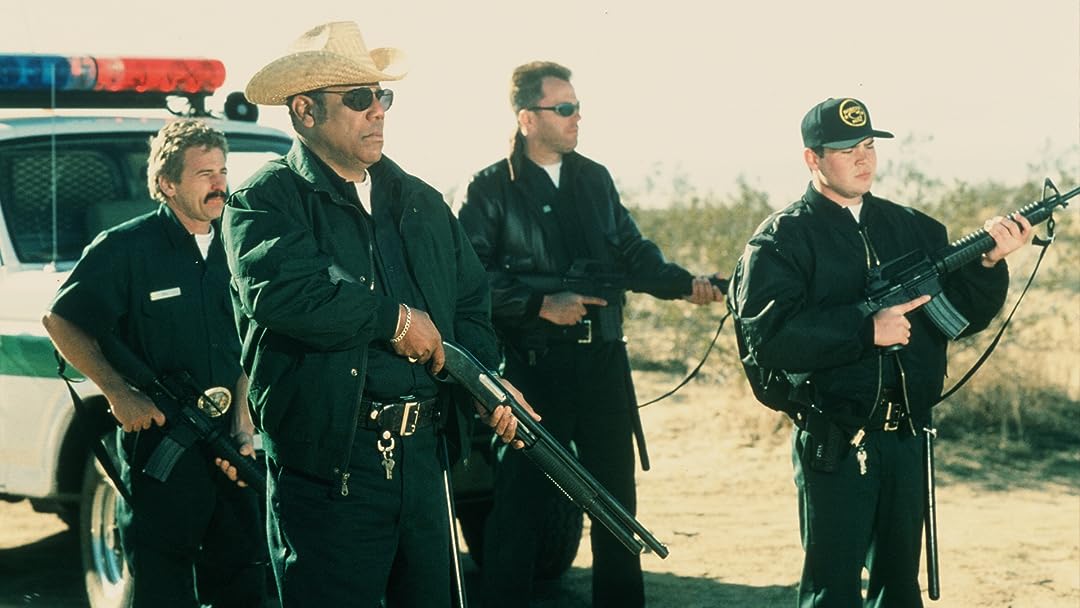 Lawrence RobertsReviewed in the United States on September 5, 2018
4.0 out of 5 stars
A nice movie
Verified purchase
First I need to address all the one stars who were so upset that this was a political statement justifying illegal immigration and condemning our border patrol. I didn't see it that way at all. It was not a news report, it was not a documentary, it was a movie made to entertain., and it created a tragic adventure/love story to do so. Nothing more. My, we have become so sensitive in our current political environment! Yes, it was a bit trite in some areas, but overall it was entertaining if you put aside your fears that it is intended to be a campaign speech. Yes there is corruption on both sides of the border and that is fact - but that a few BP agents were depicted as corrupt was not a statement about the vast majority of those who serve - at least I did not perceive that message. Yes, there are some innocent and helpless people entering illegally, but to justify illegal immigration - I did not see that message - there were drug dealers and transporters exploiting these people - also portrayed in the movie. There are evil people coming in - but like the corrupt BP agents, they are a tiny minority. Let the politics go and enjoy the movie. I thought the stud muffin sheriff, so devoted to justice perhaps was a bit overdone - but he had to be overdone because his own family had been and was corrupt. I thought the lovely from Guatemala was a bit too innocent, but she had to be in order to make the story work. The developing love between them was great, heartwarming, and was the core story of the movie. And also, for the haters - the kindness of a number of people towards immigrants - the restaurant owner, the other waitress - was a heartwarming statement about American people and their generosity and bent towards kindness. And the tragic confusion of Billy, the new BP agent who could not stand what he saw - was again, a statement about honesty, innocence, and decency - by an American BP agent. This movie was good, certainly it was a bit contrived in places, but it was entertaining and interesting to watch.
11 people found this helpful

bronx75Reviewed in the United States on June 11, 2021
5.0 out of 5 stars
The border and its communities
Verified purchase
I loved this story. I know on one hand its fictional and may seem over dramatized but on the other hand one can never really understand the struggles of an immigrant to make it to the United States. The incredible will and determination to stay true to oneself and still make it to a country with all the struggles to finally find happiness is the beauty of our Country and this story. The strength and the willingness for just one officer to stand strong and honest in a situation where it appeared like corruption took control is the other beautiful part to the story. Sometimes we focus on the negative but for me knowing that we do have some honest and strong willed law enforcement that will stand by the law and what's right was the most important part of the story. This allowed an entire community to heal and showed a small glimpse of that healing at the end. Nice to see in these times that good and love does always conquer we just have to look for it and believe.
2 people found this helpful

PeachyPatReviewed in the United States on September 14, 2018
4.0 out of 5 stars
Good and Love Win over Corruption
Verified purchase
This is an old-fashion kind of western with current problems. Illegal aliens are caught up in corruption from sides of the border. The story is not, however, so much about the aliens as the corrupt cops who take advantage of the illegal situation. Then we have the good cop, quite a hunk and a pretty good actor. The story is simply written and doesn't have a deep and complicated plot. The murder at the beginning of the story is gruesome but we don't have to see it.
I'm taking a point off because of an unnecessary "boob" scene and uneven sound. Otherwise I enjoyed the film
4 people found this helpful

staceReviewed in the United States on September 12, 2020
5.0 out of 5 stars
Great Love Story
Verified purchase
The story line was good. This movie does portray the reality of the immigration system. Some immigrants are well educated and intelligent people. Also if persons were educated about American History they would know that most Americans are descendants of immigrants. Only the native Indians have any talk here. People must get the opportunity to a better way of life. There will always be evil and good people in this world from all ethnicity and race.
2 people found this helpful

susanbReviewed in the United States on August 25, 2017
3.0 out of 5 stars
Not bad, but not what I'd call entertainment. Sad story line.
Verified purchase
I watched the whole thing. It was not bad, but I didnt really find it entertaining. Story highlights the desperation of immigrants trying to enter country illegally, but with a lot of bad patrolmen doing bad things. It was decent acting but the storyline was pretty depressing. Not fit for children/teens to watch (some nudity/sexual abuse, bad cops doing bad things, lots of killing to cover up bad deeds, etc.) However, despite that assessment, I did watch the whole thing (although there was one point I almost turned it off). The ending was decent, although improbable given the storyline.
2 people found this helpful

GiaReviewed in the United States on March 23, 2020
4.0 out of 5 stars
An Immigration Love Story
Verified purchase
We have needed to put a face to the immigration issues and injustices that have taken place in our country. One thing missing when we hear some of our leaders speak about immigration is compassion. Not only does this story bring love into the picture, but it paints a picture of humanity.
One person found this helpful

MAJReviewed in the United States on August 14, 2021
5.0 out of 5 stars
A very good movie I really liked it
Verified purchase
It's a good movie wholesome movie it's got a lot of blood guts and Gore it's just a good movie I don't know when for sure it was made but it has the feel of like a lifetime movie or a Hallmark movie..
One person found this helpful
See all reviews
Back to top
Get to Know Us
Make Money with Us
Amazon Payment Products
Let Us Help You
EnglishChoose a language for shopping. United StatesChoose a country/region for shopping.
© 1996-2021, Amazon.com, Inc. or its affiliates