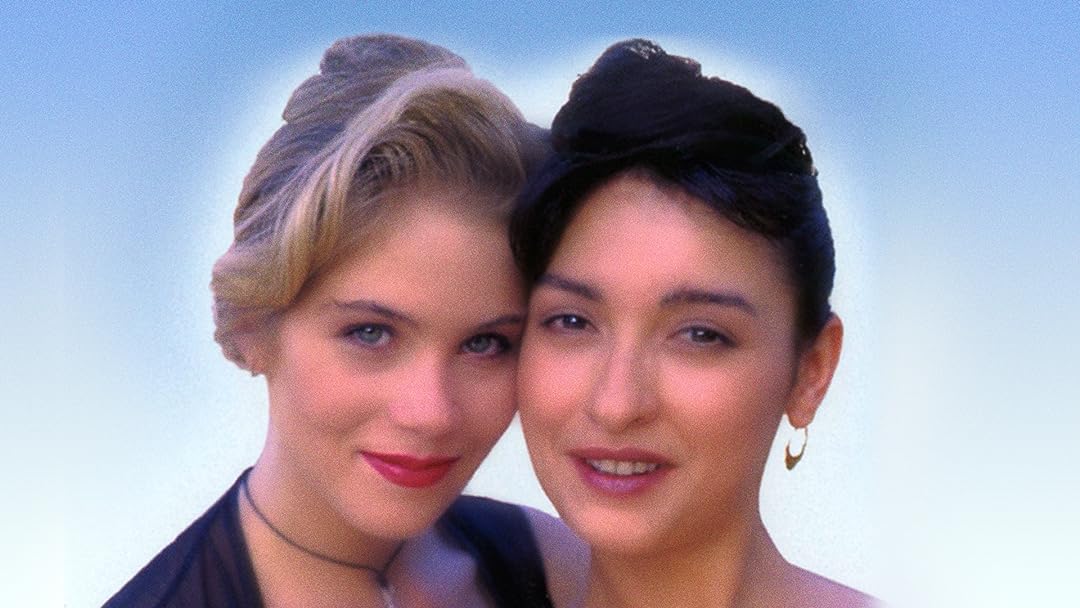 (14)
4.91 h 27 min199513+
Two young women bond while living together out in the California desert to be close to their boyfriends who are serving time at the nearby state prison.

will crowReviewed in the United States on August 11, 2021
2.0 out of 5 stars
nostalgic , , kinda
Verified purchase
I thought they were lovely girls back then, still are. I think the premise had some kind of potential at first, I didn't remember the whole plot of it. When Liz Pena says Applegate's 'screwing her way down in society' she's not kidding and it's never pointed out that this is insane. Everyone winds up dead or in prison. There's gaps in the storyline that you could drive a herd of buffalo through and there's no resolution to their problems unless you accept that since these girls have thrown all other options out the window they may as well shackle themselves to idiots who commit crimes and will never really get out of the cycle of prison life.
They seem mildly amused that they have nothing, and can expect nothing, and they are intent on dooming Pena's son to a life of crime and Applegate's expected baby to a life of poverty and misery as well. This is acceptable to them. We're left at the end of the film in a prison visiting room where all the side characters have ended up since they are shifty sorts, so they are all just kinda having a prison reunion and we're all there just kinda having a good old time. In prison.
One person found this helpful

HouyhnhnmReviewed in the United States on March 18, 2022
3.0 out of 5 stars
Facing the problems of life with humor
Verified purchase
This movie does a nice job of looking at the characters' serious problems, such as imprisonment and truancy, with a light touch and plenty of humor. And it does it without stand-up comics making clever jokes.

Carmen, one of the two women whose man is in jail, is the emotional heart of the movie. She's a tough woman who has been kicked around a lot but still manages to keep a sense of humor and a moderately psitive outlook on life, and that's the tone of the movie. Elizabeth Pea's portrayal is engaging and warm without getting sacharine.

I would give "Across the Moon" four stars except for it relying on incredible coincidences way too much. That's a pet peeve of mine that usually costs a movie 1 store in my reviews.

NoraReviewed in the United States on January 22, 2022
3.0 out of 5 stars
Why is this in the LGBTQ tag?
Verified purchase
Nothing in this story is remotely Q, let alone LGBT. Otherwise it's moderately entertaining.
2 people found this helpful

stephen benardReviewed in the United States on May 4, 2015
5.0 out of 5 stars
Five Stars
Verified purchase
everything went great

DublinDownReviewed in the United States on February 9, 2021
1.0 out of 5 stars
Not as advertised
This movie is a disgrace to my people. The Tehachapi people were lied to. And little child Tony Cox was treated so poorly by the man in the fanny pack. His stand in Nathaniel was put into such a terrible state with brain swelling. The Tahachapi are a proud people and we were led to believe so many lies about a film that changed its name to "ACROSS THE MOON". Cake was offered to Christina Applegate as a peace offering AND SHE REFUSED! The man in the fanny pack led our people down the freeway ramp and into a catch 22 situation over this film, and then he went on to star in The Bank Job and make millions of dollars as an adult film star while the Tehachapi people suffered. I give this movie ZERO stars but it gets one star for the dinosaur in the end. Big box office.
4 people found this helpful

Charles TatumReviewed in the United States on January 19, 2004
3.0 out of 5 stars
Lisa Gottlieb's Across the Moon
Christina Applegate and Elizabeth Pena are desert bound in a quirky comedy that often crosses into already explored territory.
Richie (the late Tony Fields in his last film) and Lyle (Peter Berg) land in prison after a drug deal gone wrong. They leave behind their respective women, Carmen (Elizabeth Pena) and Kathy (Christina Applegate), and Carmen's son Paco (Michael Aniel Mundra). The men are sentenced to a state pen in the middle of the California desert, and the two women and Paco decide to move down there to be closer to their men.
The trio moves into a dilapidated trailer in the middle of nowhere. Kathy is a former Beverly Hills brat, and Carmen has seen tougher times, so the women butt heads often in a bit of class warfare. They are starving and run out of money, and decide to become hookers. Instead, they meet Jim (James Remar), who gets them set up at jobs in the local town.
In the desert, Paco begins skipping school in order to hang around with Frank (Michael McKean), a big cat trainer down on his luck. Jim lives in an abandoned Hollywood western set, and sees Barney (Burgess Meredith), an old prospector.
Eventually, all of these misfits' lives cross, as Frank finds himself rustling a cowboy's (Jack Nance) cattle, and Paco witnesses a murder. He also finds a gold mine, thanks to Barney. Kathy marries Lyle in prison, but they can never seem to get the conjugal visit honeymoon right, and a frustrated Carmen falls for Jim but still loves Richie. The final scenes tie up the entire film's ensemble in one fail swoop.
Despite the video cover art, this is not "Thelma and Louise." The two actresses are pretty, and do drive around the desert in a convertible, but that is the end of the similarities. The cast of characters are all quirky, but the screenwriter does not overload his story with too many quirky characters.
The actors and actresses all do good work, although no one really breaks out and makes the film their own. Scenes go on, everyone is likable and you hope they do well, but the film cannot shake its small trappings. The entire proceedings happen, but do not challenge the audience. Director Gottlieb has some lovely shots, including one where Frank and his lion are silhouetted against a sunset, but the scene before that is an awkwardly played vignette in which Carmen tries to spank Paco for skipping school and being held back.
"Across the Moon" is as innocuous as its title. The cast tries to convince the viewer that desert living is next to paradise, but the high quirk factor and leisurely pacing makes me want to stay in the great plains.
There are some good scenes, but the film plays it safe when it comes to laughs or plot. "Across the Moon" is strictly average fare, just a typical "independent film" that everyone could add to their resume.
9 people found this helpful

Michael Anthony BrentonReviewed in the United States on October 2, 2001
4.0 out of 5 stars
ACROSS THE MOON!
Remember "Thelma and Louise"? Well, here are Kathy (CHRISTINA APPLEGATE!) and Carmen (ELIZABETH PENA!), a couple of YOUNG WOMEN who end up living together in a TRAILER to be near their boyfriends who are in prison! With no money, Kathy and Carmen consider becoming PROSTITUTES, but then they get a couple of legitimate jobs! Getting tired of the ways things are going, the two gals take to the road and seek a NEW LIFE of ADVENTURE and ROMANCE! Not good enough for you? How about if we throw in BURGESS MEREDITH as an old prospector and MICHAEL McKEAN as a guy who keeps a trained lion and tiger out in the desert! Still not good enough for you? Well, this film has JACK NANCE! That's right! "Eraserhead" himself! Directed by LISA GOTTLIEB!
10 people found this helpful

john thomasReviewed in the United States on August 28, 2016
3.0 out of 5 stars
a pretty good movie hardly anyone knows about.
I saw the box for this movie in a video store. I like most American males at the time loved Christina Applegate. So I checked it out. I hadn't thought about it until I read some of the other reviews that this is kind of compared to Thelma And Louise. Which i never really liked that much. Anyway this isn't a bad little movie. It's got a little romance a little adventure about a treasure map. A little comedy involving movie big cats. A little bit of everything. And oh yeah Christina Applegate dressed like a hooker.
See all reviews
Back to top
Get to Know Us
Make Money with Us
Amazon Payment Products
Let Us Help You
EnglishChoose a language for shopping. United StatesChoose a country/region for shopping.
© 1996-2022, Amazon.com, Inc. or its affiliates